This piece originally published by the sun on 1st September 2017 has rubbished Peter Obi and made mincemeat of Oseloka Obaze’s gubernatorial ambition. Read on.

Godfatherism is dead and buried in Anambra State. It can never resurrect. Never! Anambra State is the heart of Igbo people, who are known throughout the world for their republican nature. It is in our DNA to abhor godfatherism. Having lived with the evil of godfatherism from 1999 to 2006, when self-styled godfathers unleashed violence and mayhem on our state and raided our treasury with impunity, nothing on earth can make our people succumb to it again. Whether godfatherism can be malignant like that of Chief Chris Uba or benign, like Peter Obi’s, it is absolutely unacceptable. Evil is evil, no matter the name it is given.

This explains why the emergence of Tony Nwoye on Sunday, August 27, as the candidate of the All Progressives Congress (APC) in the forthcoming November 18 gubernatorial election in our state has been widely greeted with ridicule. Nwoye is suspected to be a stooge of Prince Arthur Eze, a moneybag, believed to be bankrolling him. Nwoye received 2, 146 votes to dust Senator Andy Uba, who came second by scoring a miserable 931 votes.  Of course, this is the end of the APC in the state. Many of us foresaw this tragedy and warned against it. Now, the chicken has come to roost.

As if the APC outing last weekend was not disastrous enough, the Peoples Democratic Party (PDP) followed the same godfather trajectory in choosing Oseloka Obaze as its flag bearer in the gubernatorial contest of November 18. Though the legitimacy of the primary election has become doubtful, following the withdrawal of people like Senator Stella Oduah, ex -Transport Minister, John Emeka and Hon Linda Ikpeazu as well as the strong petitions by 22 out of the 36 members of the PDP Caretaker Committee in the state led by Professor ABC Nwosu, who alleged grave irregularities, Obaze won an unbelievable 672 votes to defeat Dr. Alex Obiogbolu. who managed to get an insignificant 190 votes. There was no joy anywhere over the PDP primary outcome. Why? Obaze is suspected to be a mere front for ex-Governor Peter Obi. Obi, it is alleged, is determined to have a third term by all means possible, and so landed on his Secretary to State Government (SSG), after finding in Governor Willie Obiano, a hard nut to crack.

Against this background, I was elated, like most people in Anambra and beyond, to read Hon. Emma Okafor’s “No to Peter Obi’s stooge” published in The Sun of August 25, 2017. Full of facts and elegantly written, the article will for long remain one of the most memorable and patriotic write-ups by an Anambra politician. It highlights a seeming attempt by Obi to pull wool over the eyes of Ndi Anambra. The sole reason Obi is believed to have, five years ago, brought Obaze back from the United States, where he was a career diplomat, was to succeed him. Towards the end of his eight-year tenure, however, Obi did not consider Obaze fit enough to be Anambra governor in spite of his serving as SSG. So, he settled for a little known lawyer Chinedu Idigo, widely described as his “in-law.” Ndi Anambra would not have Idigo for obvious reason. The lot then fell on Willie Obiano, the former executive director of Fidelity Bank. 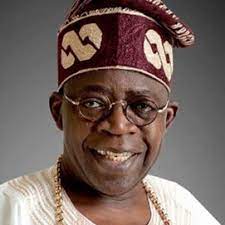 Like the common Nigerian politician, Obi denies that he is seeking a third term under the pretext of having Obaze this time as our next governor. One priest recently described Obi’s denial as pharisaic. The Pharisees were, in the times of Jesus, known for extreme hypocrisy. Thus, Christ criticised them more severely than any other group. He actually used such a strong expression as “you brood of vipers” (Matthew 12: 34) to refer to them, adding: “How can you speak good when you are evil? For out of the abundance of the heart the mouth speaks.”

Okafor’s “No to Peter Obi’s stooge” could not have come at a better time. It was published a few days after a weighty allegation that Nwoye has signed an agreement with Prince Arthur Eze to share the state’s monthly revenue allocation with him if elected governor. Nwoye has debunked the allegation, but it is doubtful that many people care a hoot about the denial.

It is easier for a camel to pass through the eye of a needle than for Anambra people to believe Peter Obi’s denial that Obaze is not a front who would be reigning while he (Obi) is ruling. Differently worded, it seems to most people that Obi may be among Nigerian politicians who see politics as nothing other than business, despite his Pharisaic pretensions to the contrary. Joe Martins-Uzodike, his Commissioner for Information, who remains his dedicated ventriloquist, has stated in some interviews on Radio Odenigbo here in Anambra State that the only condition his principal would make peace with Governor Obiano is that the latter reimburses the N7bn (!) Obi allegedly spent on his election in 2013.

To prove that they mean business, they always bring out documents to show that Obi did sell his house in Abuja to raise funds for Obiano’s election. We have never been shown Obi’s house in Abuja that was sold for as much as N7billion. And all the proceeds were invested in Obiano’s election! Apart from the fact that Ndi Anambra take the story with a pinch of salt, it is embarrassing that Obi himself never tires of telling it even before educated people, like bishops. Why has it not occurred to him that this story could be of interest to the Economic and Financial Crimes Commission (EFCC)?

If Obi’s supporters could have the temerity to claim that he spent a whopping N7billion of his personal money on Obiano’s election in 2013 and are demanding full reimbursement, he could well demand more than N20billion from Obaze if elected in 2017. After all, inflation has spiraled and the naira exchange rate worsened drastically since 2013, making N7billion of 2013 worth over N15billion of today.  Obi may well add interest rate to the amount spent on Obaze’s election.

Okafor has made a profound point by asking Obi to recognise that Anambra people do not follow leaders blindly. Ndi Anambra support their leaders only when they are doing the right thing, but fiercely resist them when they act unwisely. Hon Okafor cited the example of how Peter Obi’s opportunistic defection to the Peoples Democratic Party (PDP) in 2015 led to the drastic loss of market share by Hero beer in the Anambra market, a position now lost to Life lager produced in Onitsha by Nigerian Breweries.

Another example of how our people distance themselves from politicians when they head in the wrong direction is Dr. Chris Ngige, the present Minister of Labour and Employment. Ngige became a folk hero when he engaged in a titanic fight against the so-called godfathers of Anambra State. Our people supported him every inch of the way because he was fighting for them. But things have gone kaput now. It is now awful to see Ngige with Andy Uba and Tony Nwoye share the same platform. Ndi Anambra are bitter.

Peter Obi is no longer dancing but limping politically. It is a sorry spectacle. The market is over. Godfatherism belongs to a distant past in Anambra State. Obi is reading the tea leaves too late.

•Nzeribe was until recently a manager with Keystone Bank wrote from Onitsha, Anambra State.