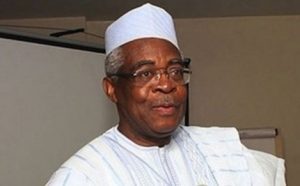 In the aftermath of the shock waves created by TY Danjuma’s call for self-defence by citizens against perceived killers aided by the military, Vanguard newspapers called for caution in this editorial of 11th April 2018…read on

FORMER Chief of Army Staff, Lt.Gen. T.Y. Danjuma recently fired the verbal equivalent of an armed warhead when he called on Nigerians to defend themselves against the unending rampage of armed herdsmen who have literally held the nation to ransom through their wanton killings. General Danjuma, also a former Defence Minister, made the call at the maiden convocation of the Taraba State University, Jalingo. He called on Nigerians to defend themselves against these herdsmen who, he said, were bent on stealing their lands. He also echoed a long-held allegation that the military has become “partial” and “colludes” with the bandits in their crimes against innocent Nigerians.

Taraba, his home state, is one of the worst hit by the rampaging herdsmen whose attacks have claimed thousands of lives and rendered more than a million people homeless. Benue, Kogi, Kaduna, Zamfara, Plateau and most Southern states have been victims of these deadly attacks. For a long time, and to the dismay of most Nigerians, the Federal Government paid little attention to the killings. It took the public burial of 73 victims of the 2018 New Year Day massacre in Benue State, broadcast live on television, for the military to launch its Exercise Cat Race (Ayem Akpatuma) to flush out the bandits from the Middle Belt area. Yet the killings have continued. General Danjuma is one of Nigeria’s most respected retired military officers. His role in the shaping the country’s political and economic history is widely acknowledged. His commitment to better life for Nigerians is reflected through the philanthropic gestures of his Danjuma Foundation. He is also not the first to accuse the military and other security agencies of partiality in handling the herdsmen crisis. Many legal authorities have since confirmed that Nigeria’s constitution and laws support “measured self-defence” when citizens are faced with threats to their lives and property. However, this call, coming from General Danjuma, should be handled with utmost care. Nigeria’s unity is too fragile for that extreme option to come into play at this time when our armed services are stretched thin in operations to tackle terrorism, banditry and serious crimes around the country. It could result in anarchy, which would threaten the entire African continent. We call on the Federal Government not to sweep allegations of military, police and security agencies’ partiality under the mat. These allegations have been made even by state governments. For instance, the Taraba State Government alleged misconduct against a battalion commander and called for his redeployment from the state. Similar allegations have come from Benue and Kogi state governments. It is however gratifying to note that the Chief of Army Staff, Lt. Gen. Tukur Buratai, has promised to probe these allegations. It should be professionally done to remove all shadows of doubt and reinforce the confidence of Nigerians in the ability and readiness of the armed forces to protect their lives and property.