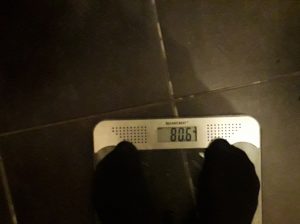 I have just returned to my regular work out routine after a six-week hiatus and surprisingly I added just a little over one kilo after all the eating, drinking and the usual overindulgence that come with festive seasons. I looked back and said well done to my self because 1KG is something I can lose with my eyes closed. But the ultimate key is some of the habits I ‘ve inculcated these past few years. Here are just six of them for not just your reading but also doing pleasure.