We are in a strange time. A period when a tiny microbe is changing our way of life. We are now left with books, tv, music, the internet and memories.
I have a memorable story to share. You know that type of incident that sticks with you for a lifetime.

My dream to relocate abroad looked to have come true when I met a young man from my town named Chuks. We met at a friend’s wedding reception during the Christmas celebration. He was visiting from London and I could tell by his dress and accent. We had a couple of dates and attended some other social functions together. We had a lot in common and started seeing each other more and more. We shared jokes, fun times and stories from our life experience and we both had ambitions to become academics abroad. While he was already doing his masters while I had plans with my mum to apply once I finish my national youth service.

When he wanted to return to his base he asked me to accompany him to Lagos. That was when he surprised me and proposed the night before he boarded a flight back to London. I was already in love or so I believed and accepted on the condition that I will join him in London.
Initially, he started giving excuses that the visa process will take a long time. But I shocked him by revealing that I had dual citizenship and needed no visa to migrate to the UK, all I needed to do was renew my passport.

I first became suspicious when he started acting funny after I asked for some money to make up my flight ticket.
He promised to give me some money but came up with one excuse after the other. I finally told him to forget about the money when my mum made up the balance. I told him I will be coming over during the summer after passing out from NYSC. He was happy— or so I believed —  and promised to refund the money when I come.

When I arrived in London that summer I discovered that he was living with a friend instead of his own flat like he said. Again I shook off my suspicion that something was not adding up.
He lied that his flat was undergoing renovation and even arranged a visit to a property his friend was renovating. I was appeased and I became hopeful that we will move back in after some weeks.
Weeks turned to months and he came up with a story about an expected insurance payment that was delayed. After some time he asked me to get a loan from my mum which will be repaid once the insurance firm pays in 3 months. I hesitated but I later agreed. After all, it is ‘our house’ and my mum will happily lend to his future son-in-law. After discussing with my mum, she raised about four thousand pounds for him.

After several months during which he sometimes travelled for ‘school excursion’ and stayed out for days, I summoned the courage to ask him about ‘our flat’. It turned out to be another fairy tale about the complications of the insurance process and all that. By this time I was already pregnant. I informed him about it and he pretended to be excited only to leave the next day without returning for three nights. I couldn’t reach him, I was horrified and confused. To make matters worse on the second day after he left I woke up to discover that his flatmate was also gone.

Was this a bad dream? This can’t be happening. It gradually started dawning on me that I could have been used. Pieces of events and stories started flashing back at my mind. Is it over? Could my dream have crumbled so in just a few weeks?

Luckily I already had a care job through an old friend in a church rectory. So I was busy and was earning a little but that wasn’t the plan. All subsequent attempts to reach Chuks yielded nothing. Even his friends who I know had no idea of his whereabouts.

I was almost devastated. Almost but not completely.

Determined to have the baby, I told my mum the whole story. She prayed for me. One of the longest prayers in my life. She then advised me to go into self-isolation for the duration of the pregnancy so that I can focus on safe delivery.

I did. I deleted all my social media profiles and maintained contact with only my family and a few close friends. I wasn’t much of a religious person but I started praying more and more. God knows I needed it then. The parish priest was wonderful. He asked me to move into the guest room at the rectory at no cost. His wife always brought hot food during the winter and sometimes she stayed back to help me with cleaning.

I had Chioma in June. She weighed almost 4kg but I delivered her like a Hebrew woman. I didn’t even bother to search for her father because that will spoil the joy she brought. When I got a better job with a telecoms company I moved outside London.

Today, I am married to a pastor and we are now a family of five. I am also an evangelist with two books to my name. When my mum visited last month we discussed about my journey.  She asked if I ever heard from my dubious suitor and I told her that I have never bothered.
When she asked why, my reply was that, “I have forgiven and forgotten”.
She then asked how I was able to move past all the trauma.
I looked at her for a long while and then slowly replied.

“Mummy, it was my daughter. She brought back life into my being with her cries and smiles. Through two years while living alone with her at the rectory I discovered my inner strength, my uniqueness and my purpose. I started praying, reading and writing more. I kept telling myself one thing, that no matter what happens you can’t dwell in the past, you must look ahead, you must create, you must live because life must go on!”

My mum hugged me and we started another long prayer.

In this strange COVID pandemic times, it will help if we see it as God’s way of slowing things down. In the words of Maria Popova in her book Figuring “Seeds are planted and come abloom generations, centuries, civilizations later, migrating across coteries and countries and continents. Meanwhile, people live and people die — in peace as war rages on, in poverty and disrepute as latent fame awaits, with much that never meets its more, in shipwrecked love.
I will die.
You will die.
The atoms that huddled for a cosmic blink around the shadow of a self will return to the seas that made us.
What will survive of us are shoreless seeds and stardust”.

Let us use this time to reflect on the transient nature of life. Maybe we will start doing more of those things which make life meaningful because no matter what happens, life goes on.

Tyra Onuorah is a Lagos based fashion stylist who started writing when she was small. She can be contacted via email: tyrafavour11@gmail.com 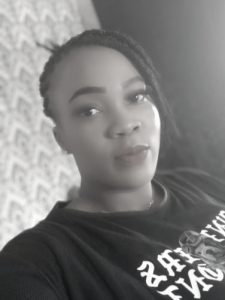