Home Blog Electronic Devices: How To Manage Your Kid’s Well Being.
Post Views: 18 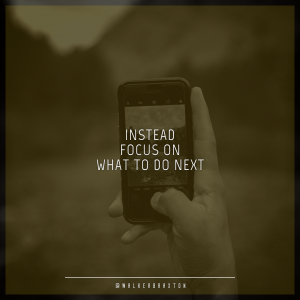 From 2009–2017, rates of depression among those aged between 14 to 17 in America spiked more than 60%. According to the Centre for Disease Control and Prevention (CDC), the suicide rates among teenage girls are at a 40-year high. ~ TIME Magazine

In the wake of the horrific New Zealand Mosque shooting which left about 50 people dead, I am sure I wasn’t the only parent who had butterflies in their breadbasket as reports emerged that the 28-year old shooter grew up as a lonely teen who was obsessed with guns and violent video games.

Trying to find a balance between kids’ use of mobile devices and other useful activities is perhaps the toughest challenge faced by today’s parents in a digital age where almost everything is done on the screen. Like many kids of his age my son loves video games but I wouldn’t call it an addiction, at least not yet and I hope never. I often tell him that if my father succeeded in raising three sons and countless other male cousins and relatives, I will be a complete failure if I cannot raise him properly.

So I wasn’t amused when on my return from Nigeria recently I discovered that his teacher had left critical remarks in his log book. I immediately rang up the school and scheduled a meeting with him.

It was a brief candid chat and I learned that my boy sits right in front of the teacher because he had to keep an eye on him else he wouldn’t get much done in class. He had become disruptive and often skipped his homework the teacher narrated. I asked if this was peculiar to my son and the teacher smartly evaded the question. I guessed that he may not be at liberty to discuss his wards with people other than their parents. He ended by saying that the sad thing is that my boy is bright but that he just needs to focus more to achieve great things. Well, I had always known that. I often do his homework corrections and surely an apple doesn’t fall far from the tree. He is my son for crying out loud.

If anything this situation could be peculiar to boys. I remember when I slipped about 10 positions in class 2 during my secondary school years. My dad was so livid with anger that he drove me to school (about 150km) on the reopening day to find out why. My teacher then informed him that I had made a new friend who was obsessed with comics and caught on to the habit. I loved Tiger & Speed then and even though it was a big distraction in class I just couldn’t get enough of it.

My dad insisted there and then that I should be relocated to the front row and that any comic seen with me should be torn. There was no sparing the rod back in the days. So at the end of the term, I came 2nd.

I cannot take these measures for my son now because for one he is already sitting in front of his teacher and mobile devices have replaced our good old comics. Moreover, times have changed and we live in a society where the rod is spared and a balance between studies and entertainment is taken seriously by the authorities.

So, what to do? In the Nigerian parlance.

I had taken the first steps of sternly warning my son to pay more attention in class and ensure his homework is done by 6 pm daily so that I can make corrections if need be before bedtime. And in my usual manner, I planned to have a hearty talk with him over a stroll this weekend about the second part which is his love for games before I came across an article in TIME Magazine of which I will share some excerpts from.

So if you are a parent like me caught between the worry of your kids’ technology use and the anxiety of impeding their happiness then the following simple tips from Jean Twenge a professor of psychology at San Diego State University may be helpful.

Try this with me and let’s see the results over a given period say 6 months to a year. I believe it should work well since it will only limit and not eliminate our kids’ use of electronic devices.

I will still have a chat with my son though. I have come to realize that besides other measures we take to bring up these kids properly such parent and child moments like a stroll in the park is priceless!

A Prayer For My Kids.

Be Ready For Adolescent Years.