He rose to prominence during the refugee crisis, however, despite his young age Sebastian Kurz (31) has significant political experience as he is set to become the world’s youngest leader. In its editorial on Oct. 19, The Irish Times highlights the genealogy of Austria’s shift to the right as the world waits to see what shape the new government will take when Kurz forms a coalition. Read on.

It’s a measure of how the ground has shifted in Europe that the prospect of a party with neo-Nazi roots entering government in Austria has been widely greeted with a shrug of resignation. In 2000, when the Austria Freedom Party (FPÖ) under the late Jörg Haider joined a coalition led by the conservative People’s Party (ÖVP), the collapse of a postwar taboo provoked outrage across the continent. The EU imposed diplomatic sanctions and for years the Viennese coalition was treated as a pariah.

For the Austrian far-right, that breakthrough was followed by a period of rapid, almost terminal, decline. The compromises of government caused the party’s support to seep away. It subsequently split, and Haider’s death in a car crash in 2008 deprived it of its charismatic figurehead. But in recent years a hardening of public opinion against immigrants, and a wider rejection of ruling elites has revived the FPÖ’s fortunes. Its ethno-nationalist platform remains, but the party has softened its neo-Nazi image – it was founded by ex-Nazis in the 1950s – and dropped its demand for Austria to leave the European Union. In the general election last Sunday it won 26.5 percent of the vote, putting it within touching distance of the second-placed Social Democrats. 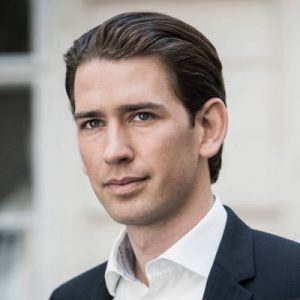 The FPÖ’s influence on Austrian politics is only partly reflected in its own vote, however. The winner of the election, the centre-right ÖVP, succeeded partly by dressing itself in nationalist garb and taking on the far-right on its own turf. The mainstream party’s leader, 31-year-old Sebastian Kurz, who is now set to become Europe’s youngest head of government, rose to prominence during the 2015-16 refugee crisis, when as foreign minister he took a tough line and negotiated with Austria’s southwestern neighbors to close the so-called “Balkan route”.

Kurz now has a decision to make. Does he invite the far-right into government or seek to renew his party’s vows with the Social Democrats? Isolating the FPÖ option may sound attractive, but it would inevitably serve the far-right’s agenda by appearing to entrench the ruling duopoly.