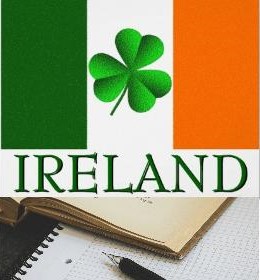 Ireland is a little Island in western Europe separated from the North East of the United Kingdom by the North channel of the Atlantic ocean. With a population of just six and a half million and a GDP?capita of over $62,000, it is a destination of study with many prospects.

Studying in this part of Europe can be expensive but there are still ways to get around that for the determined student. There are scores of scholarships available for international students including Nigerians from different sources such as the Government of Ireland, the Irish higher education institutions and other local and international organisations.

The scholarships are mostly awarded at the discretion of the individual organisations based on set down qualification criteria. Yours truly have put together a number of sites to aid potential students to explore numerous means of getting a scholarship to study in Ireland.

More details may be found on the education in Ireland site.

As usual, you can thank me later.