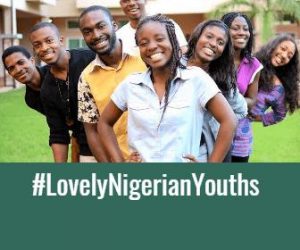 This world demands the qualities of youth: not a time of life but a state of mind, a temper of the will, a quality of imagination, a predominance of courage over timidity, of the appetite for adventure over the love of ease.~ Robert Kennedy.

Recently many of us were outraged because President Muhammadu Buhari said that a lot of Nigerian youths are illiterate and unwilling to work. The outpouring of emotion that followed the news was typical, Buhari is this and that, we must vote him out in 2019, and so on and so forth. It was so intense that some respected and usually decorous people I know were inflamed enough in that spontaneous paroxysm to invoke the ultimate prize upon the president.

Did the President lie? Of course not, we know the truth, we discuss it daily but some will always find a fault with it once Buhari says so.

I have heard valid arguments about the statement being inauspicious given the platform. A President is supposed to market his citizens at any given opportunity, especially on the international stage. I am a hundred percent in agreement with this school of thought but I also find it disturbing that the President’s mention of a planned $15 billion investment by Shell in the country was completely submerged by the screaming headlines which precipitated the viral catchphrase of ‘lazy Nigerian youths’.

We have become accustomed to lying politicians who say black in a way that it appears like white, we are used to men and women that dish out well-rehearsed sound bites that avoid the core issues. So when a straight talker says the truth as it is we struggle with it. A friend succinctly put it this way: “we are a nation of hypocrites and we also say this daily, we agree it is true but not a few will still quarrel with it when Buhari says it”.

However, this piece is not to defend the President, I ‘ll rather focus on why we must continue to dissect the mindset of politicians intuitively in order to better understand the motive behind their often exploitative proclamations and how government can lift the youth from laziness.

For this essay, the following two examples will suffice in illustrating the manipulation of the masses by Nigerian politicians.

On March 23, 2000, an unfortunate man named Baba Bello Karegarka Jangedi became the first victim of Sharia law in an otherwise secular democratic nation when he was amputated in Zamfara State for stealing a cow.

Before then Sharia was not new in Northern Nigeria, as a matter of fact since Dan Fodio Jihadists militarily conquered large parts of the North in the early 19th century, the spread of Islamic religion included the tenets of Sharia law which though widely imbibed remained a passive penal system. However, the difference this time was that the propagator, a certain Sani Yerima, had an agenda of pushing through religious legitimacy to achieve his political ambition.

Prior to this, he had a limited history of religious activity and none of extremism. His ambition to govern Zamfara state was on the platform of the All Peoples Party (APP) a secular political party. But having identified the disenchantment among a largely uneducated and unemployed populace who were fed up with the failure of the political elite he knew he could exploit the opportunity to his advantage.

As it were, against the massive federal arsenal at the disposal of the then National Security Adviser General Aliyu Mohammed, little known Ahmed Sani Yerima was elected as the governor of Zamfara state. He went on to fulfill his campaign promise and at the Sharia declaration ceremony in a packed square in the state capital of Gusau Yerima declared that “Without sharia, Islamic faith is valueless,” as thousands of people cheered on the streets.

Today, Yerima is a serving Senator representing Zamfara west and the Deputy Minority Leader in the Senate. Since he left Gusau for Abuja he has been dogged by several controversies ranging from corruption to pedophilia. His son reportedly spent thousands of dollars in a lavish wedding and while he will never subject himself to trial in the Sharia court he set up, Baba Bello Karegarka will be one-armed for the rest of his life.

Here is a second example.

In March 2013, as the build-up to the 2015 general elections was gathering momentum, a certain Senator alleged that 83% of indigenous oil blocks in Nigeria are owned by Northerners, insinuating therein that the rising opposition against President Goodluck Jonathan then could somewhat be traced to this assertion as OPLs and OMLs were due for renewal soon after the elections.

It was not a new allegation, over the years that had been the common hysterical and tendentious narrative designed to mislead the public, particularly the Niger Delta youths who perceive Nigeria’s oil wealth as their sole property of which they have been deprived of the benefits over the years.

Again, the difference this time around was that a serving Senator boldly made the claim, and in the hallowed red chamber for that matter. The gullible swallowed this hook, line, and sinker. They went to town again shouting EXTRA! EXTRA!! read all about it and in the usual manner of sharing without caring the story spread like wildfire consuming pedestrians with shallow knowledge and deepening the existing ethnic animosity further.

However, the bubble burst when a thorough investigative report by Olusegun Adeniyi exposed the Senator’s devious lie as his list did not only leave out numerous oil blocks awarded over the years to indigenous companies but it also excluded oil concessions awarded from 1999.

Furthermore, it was revealed that 88% of oil blocks were owned by multinationals while the 11% owned by Nigerians did not in anyway reflect ownership as alleged by the Senator. Contrary to his claim the ownership comprised of the usual surnames from various ethnic backgrounds that open doors in Nigeria. Abiola, Folawiyo, Eze, Offor, Dantata, Danjuma, Cole, Etete.

But the story had spread and even now you ‘ll still find educated folks who regurgitate it let alone the uninformed ones in the streets.

It may interest you to know that the Senator in question is Ita Enang. He represented the Itu and Ibiono Ibom Federal Constituency of Akwa Ibom State in the House of Representatives in 1999 and was subsequently elected Senator for the Uyo (North East) Senatorial District in 2011. Today he is the Senior Special Assistant to President Muhammadu Buhari on National Assembly Matters. It will be interesting to know his take on the same issue now that he is comfortably nestled in Aso Rock with Northerners.

I have often said that the most poignant emblem of the social media era is the paucity of critical thinking. A lot of half-truths fly across our screens, most are conjectures and innuendos of paid rookie spin doctors, yet many willingly broadcast same by adding the silly tag ‘forwarded as received’ without a care in the world to do a basic google fact check. Indeed a lot of youths are not only lazy but fickle!

Politicians are very much aware of this, that is why they neither remember ethnicity nor religion when they are looting, they only do so when it suits whatever selfish whims they want to propagate and many sheepishly accept, agree and broadcast. Few bother to wonder why the average Nigerian suffer from the same lack of basic amenities in Daura, Otuoke, Afaraukwu, and Akoko. While we remain disunited in ethnicity they are united in corruption.

There is an urgent need for a reboot and it must start from the fundamentals. Irrespective of our perception of IBB’s leadership the National Orientation Agency which metamorphosed from his MAMSER will remain a fantastic idea. If this administration is serious about change then it’s time to go beyond the rhetoric of ‘change begins with me’. It has to show a serious commitment to bringing that change through actions, and funding the agency so that the much-needed re-orientation of our youths can commence is a good way to start. 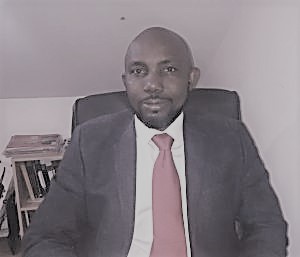