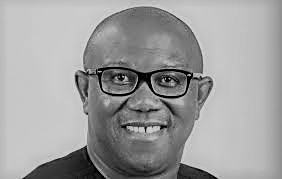 Time heals all wounds unless you pick at them~ Shaun Alexander.

The American athlete who stated the above must have spoken from practical experience. Athletes are often prone to injuries, however, Shaun is encouraged that any injury will heal over time on the condition that it is not touched after the necessary treatment is administered. In medicine, injuries that refuse to heal are termed chronic and may cause severe trauma that could physically and emotionally drain a patient to permanent deformity.

The name Biafra evokes deep emotions. It actuates a reflection on what many refer to as the Nigerian civil war but in the real sense represents the first black-on-black genocide in postcolonial Africa with Igbos at the receiving end. Attempts to erase or deprecate this truth by the west whose interests were served proved futile as there is abundant literature to buttress it.

Ndi Igbo, however, ignored Gowon’s rhetorical 3Rs (Rehabilitation, Reconstruction and Reintegration) after the “No Victor No Vanquished” declaration and moved on. Meandering back to their abandoned outposts they made a tremendous economic recovery in record time and have contributed immensely to a nation left in piteous underdevelopment by decades of misrule.

Igbos also made political progress. It took only 9 years to reintegrate back to the center with late Chief Alex Ekwueme as the Vice President alongside prominent Igbo sons like Chuba Okadigbo, Nwafor Orizu, and CC Onoh in the ruling NPN back then. The Great Zik of Africa who led the vibrant duo of Jim Nwobodo and Sam Mbakwe dominated the South East and equally had considerable influence with his NPP in Plateau, Rivers and Lagos states. However, the quest to ascend the throne remained elusive, not for lack of trying though for Azikiwe gave it a shot twice and Ekwueme came very close in 1999.

Nevertheless, Igbos continued to be in the reckoning as a tripartite arrangement by the major tribes saw them holding on to the number 3 position all through Obasanjo’s 8-year tenure as the Fourth Republic commenced. It was even more so during the time of Jonathan as Igbos held juicy ministerial positions and reintegration back into the military was deemed to have been accomplished with the appointment of Ihejirika the first ever Igbo Chief of Army Staff in the post-war era.

We had put our eggs in one basket which was crushed by the same Hausa/Yoruba alliance that gave us the stick during the civil war. Our people were shocked, our leaders in disarray, unsure of what to do or where to go. The Pharaoh who did not know ‘Joseph’ ascended the throne.

Rather than spearheading the opposition Ekweremadu who was the highest elected Igbo official in the PDP joined Saraki in the APC Senate leadership. The South-East governors surrendered the party to Wike and our youths became willing tools for unscrupulous politicians. Deafening chants of secession escalated in the region with men of questionable character leading the politicization of Biafra.

Well, two weeks they say is a long time in politics. So here we are today with an Igbo son, an exemplary one at that on the ballot of the main opposition party to contest for the nation’s number two job. The restructuring carrot has been dangled once again and Nigeria is no longer a zoo. It is now ‘our country’ which deserves the leadership of Atiku and Obi to prosper.

Regardless of your opinion about Peter, that he performed excellently in Anambra is not debatable. He is a consummate administrator whose personal philosophy, prudence, and ability to maximize available resources can never be diminished on the altar of politics. Little wonder the announcement has stirred and continues to stir excitement in the political landscape.

A man, however, must have his faults and Peter is human.

His approach to politics is commercial and he is deeply immersed in religious politics. His speeches are often dotted with “I did” rather than “We did” exposing a narcissist proclivity and lack of confidence in others. These attributes may have been beneficial on a local level but will likely be inimical in the larger picture of national politics which demands a secular and inclusive appeal.

Be that as it may, his choice as Atiku’s running mate is a good one. The problem though is that they will have to navigate labyrinthine impediments to give the incumbent a good fight.

For one, though no politician sets out to fail, Atiku’s decision is perceived as politically wrong by many in the sense that the South-West is completely out of the equation in his party. Given the palpable apathy towards the APC in the South-East, the region is already in Turaki’s kitty, so one would have expected a Yoruba running mate in order to make inroads into the second most populous region with a history of vote splitting among the leading parties.

All the same, being a veteran in the game, the former Vice President may have an ace up his sleeve and his prerogative must be respected. Nonetheless, it remains to be seen how he will convince the Yorubas that the man who sensationally accused Fashola of ethnic discrimination is better than their son Yemi Osinbajo.

Secondly, though Atiku is considered a worthy adversary by many he has rarely managed to scratch Buhari’s votes in the north in previous elections. In 2003 as the Vice President and in 2007 with him on the ballot, Buhari swept most of the core northern states with a wide margin. Conceivably, the task of gaining northern votes will be an arduous one given his alleged utterances against the region and even more so with a man regarded as a part of the unsuccessful connivance to usurp their ‘right’ in 2015.

Finally, the base has to be consolidated. Peter has to get off his high horse and stoop to conquer. He must rise above the recent self-serving abjuration by the South-East leaders if he is to unite our people. I mean the deed is done and from what I gather Atiku is standing his ground so it will be needless to sustain the public show of what could otherwise be handled confidentially. The task ahead is too onerous for the South East to take on with a divided house.

So like the Biblical Peter who was a fisherman, the task of fishing for followers has fallen upon this Peter. He has to negotiate with Atiku and tell Ndi Igbo the potential benefits for their support. The era of blanket support without negotiation is over. That Ogun state’s IGR surpassed that of the entire South East cannot be too far away from the special status accorded to Lagos by this administration.

Peter will also need to embark on the unenviable task of remaking the image of Igbos among the majority tribes because we have to accept that a lot of damage was done if we are honest with ourselves. He should ignore the APC’s vicious media machinery in taking his message across the country because make no mistake about it, the party will eschew issues and ensure that this presidential campaign dwells on the binary narrative of ethnoreligious sentiments, especially in the north. They will dig up dirt, throw mud and paint him with feces but he needs to keep his eyes on the real target for it is not becoming the Vice President in 2019 that matters most (don’t get me wrong that would be a wonderful achievement) but the more important task of stimulating the process of piloting Igbos back to their rightful place in national politics.

For me, that will begin the healing process once more and hopefully, nobody will pick the wound again. I wish Peter luck.