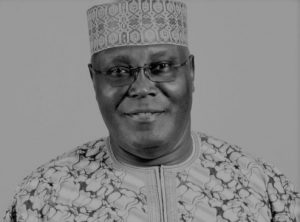 “I won’t get my panties in a wedge because of what I am hearing from the political candidates, What they say in the campaign and what they do once they are in the White House are not the same thing. I don’t care who wins, whoever gets to the White House. Presidents can do a lot but they can only do so much through the system of checks and balances.” ~ James Baker

With the above words, the former US secretary of state reiterated the point that Presidents are not unilateral rulers and that campaign rhetoric is often overwhelmed by the reality once they are elected into office.

The issue of restructuring Nigeria which has been an intermittent fixture in the news agenda is once again being championed by former Vice President Atiku Abubakar who made it the focal point of his renewed quest for the top job even before he emerged as the PDP flag bearer. He posited that Nigeria’s underperformance is closely related to its defective structure and promised to restructure the country in 6 months if elected.

Expectedly, this position received knocks from the Buhari administration which dismissed it as mere political rhetoric meant to cajole the unsuspecting. Vice President Osinbajo in a letter published by many media houses described Atiku’s proposal as vague while insisting that fiscal federalism, stronger State Governments, and good governance which he claims the government is propagating are policies that will move the country forward.

Federalism comes in varying forms, that much I am sure most of us will agree with. The common denominator, however, is that all forms have a relationship of shared authority between the component levels of government as agreed by the federating units. No system of government is perfect, therefore nation-states keep evolving to adjust whatever system is practised to present day realities. But we are in that season when politicians talk from both sides of the mouth promising to deliver El Dorado if elected, so both men are living up to expectation and that is why it is proper to gauge their antecedents and assess each statement based on its merits.

But before we do that let us take a long stroll down history lane to examine the pattern of the calls for restructuring.

After Aguiyi Ironsi’s declaration of a unitary system via decree 34 on the 24th of May 1966, it is on record that the old Northern and Western regions were critical of the decree while the Eastern region remained silent. The North particularly was outspoken in their attacks and accused Ironsi of planning to foist Igbo domination on the entire nation. While Aguiyi dithered the North took their umbrage to the peak and assassinated him in Ibadan on the 29th of July 1966.

It is important to note that Ironsi’s decree 34 which was subsequently repealed by Gowon did not strip the regions of resource control, yet the North kicked perceivably because he was not ‘their own’ and most were still livid that the perpetrators of what they believed was an ‘Igbo coup’ were yet to be executed.

What followed was an extensive era of successive military governments mostly headed by northerners that established revenue review committees. These committees more or less acted as morticians for the final cremation of regionalism and the derivation principle of revenue sharing that formed the nucleus of our federal system of government.

Indeed the lopsided centralisation of resources actually started when Awolowo, acting as Gowon’s Federal Commissioner of Finance reduced derivation on the recommendation of the 1968 Dina Commission. Despite the blanket rejection of this by the Council of Commissioners of Finance from all the regions, the Gowon administration enacted decrees 13, 9 of 1970 and 1971 respectively which appropriated a large portion of exploration and consolidated revenue to the centre. The old Eastern region was disgruntled but coming from the defeat of a protracted civil war the region was too ravaged to utter a whimper.

The Murtala and Obasanjo regimes even went further to allocate more to the centre. Murtala’s decree 6 allotted only 20% of oil royalties to the producing states the Federal Government got 80%. Obasanjo’s Aboyade Technical Commission vanquished the allocation to the Niger Delta as the centre retained 100% of mining rents and royalties.

This was the end of the road for derivation and what many perceive as the end of our fiscal federalism. Crude oil which then contributed over 70% to the national purse was taken from the states and federalized to be shared according to the whims of the man in Abuja.

Through all these years there were repeated muted disapprovals from especially the South East and South South but the notorious high-handedness of military rulers was enough deterrence to make potential agitators have a rethink.

Our second stint at democracy did not solve the problem as Shagari retained the 100% derivation at the centre bequeathed by Obasanjo. It wasn’t until the 1995 Constitutional Conference during the Abacha regime approved a 13% derivation for littoral states that we began to see some semblance of a return to fiscal federalism. However, it is also noteworthy that cries of marginalisation by MOSOP rented the air from 1992 till the state execution of Ken Saro Wiwa in late 1995.

Obasanjo’s second coming as a civilian president saw him abolishing the offshore/onshore dichotomy ruling of the Supreme Court in 2004 via an act of parliament. This ‘magnanimity’ elicited applause from the political elite of the Niger Delta and Akwa Ibom whose oil resources are virtually 100% offshore found itself in stupendous wealth. Once again the South relaxed on calls for restructuring.

The Yar’adua era saw the South screaming again for federalism and when Jonathan took over the shouts automatically stopped in the South-South and South East. The South West then took the baton and continued screaming as the region was excluded from the top 6 elected positions after Jonatha was re-elected in 2011.

With Buhari’s victory coming from the alliance of the South West and the North, the pendulum once again swung to the South East and South South to lead the screams of marginalisation, restructuring and even secession.

I have taken time to elucidate this timeline so that it shouldn’t require sorcery to decipher that the amplification of marginalisation or restructuring is often directly proportional to the distance between ‘our own’ and the seat of power in Abuja. Neither will it take rocket science to know that any smart politician will likely play that tune in a bid to corner votes from a region that has been dancing to it.

Now there is no doubt that Buhari who is a jackboot and a member of the conservative so-called class of 66 is against restructuring. That much he affirmed earlier this year by stating that “When all the aggregates of nationwide opinions are considered, my firm view is that our problems are more to do with process than structure”. It is, therefore, not surprising that his deputy is singing the same tune laced with better semantics. But at least their position presents no ambiguity.

However, my argument is not to jettison the idea of restructuring, far from it. Our federalism has been plagued by inter-ethnic rivalry, power-sharing, and revenue allocation to mention just a few. The calls for restructuring are therefore not entirely misplaced, but some chanting the song are doing so for selfish reasons. And truth be told, we have been restructuring since Independence, perhaps not in the manner many of the recent disciples envisage. But then again different regions have different interpretations and reasons for restructuring.

Atiku Abubakar was our Vice President for 8 years, he never believed in restructuring then, as a matter of fact, their administration vociferously suppressed every effort to do that. Only recently his boss stated that he does not believe in true federalism and added that “if anybody tells you they want devolution or true federalism, he doesn’t know what he is talking”.

These and many more are enough reasons to question Atiku’s sudden romance with ‘restructuring’ especially by Igbos who appear to have been serenaded by the slogan. His concept needs to be placed side by side with that of Ndi Igbo and thoroughly scrutinised in terms of interests, timeline and most importantly implementation. Igbos have to be mindful of James Baker’s opening quote above for as the old adage goes, giving the monkey a cup of palm wine is not the problem, it is retrieving the cup.

The Imperatives Of Restructuring by Bola Tinubu