Home Blog How A Father Should Raise His Son. 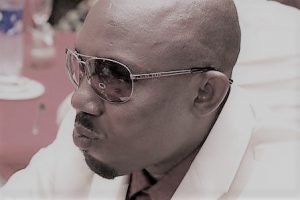 Expectedly many Nigerians justified his actions on the premise that having paid such a huge sum, the son owed him a duty of returning the favour by romping through his exams. In their thinking, some posited that the money could have been put to better use instead of being ‘wasted’ on a delinquent son. Some even argued that his actions were driven by his love for son while many fumed at the fact that the boy excelled in Music. Music of all subjects? Something dropouts pick up for free on crime-infested streets corners and go on to become international stars? Is that what a dad wasted $21,000 on?

Ironically I am reminded of an incident in Nigeria some years back when a friend who had observed my phone conversation with my wife over an increment in my daughter’s music tuition fees asked why I was paying that much for a child to study music? I was as bewildered as he was. To me, it was somewhat sad that an elite parent would be asking that in this age and time. And on his part, he couldn’t seem to get his head around the fact that I would encourage my child to study music let alone cough out such ‘expensive’ fees. My explanation that her choice was backed by her teacher’s strong recommendation was like spitting in the wind.

Some of the commentaries following the prolonged debate over that viral video exposed the awful and barbaric perception of parenting by African parents of my generation. Undoubtedly, the challenge of helping boys navigate their way to a purposeful life is a difficult one. It is even more in Africa where boys are often saddled with greater responsibility. And while one cannot question a father’s love for his son or measure same from a two-minute clip it is antwacky to believe that forking out huge sums in tuition fees or panel beating an erring child translates to excessive love from a parent. Haven’t we seen more than enough of rich parents who abandon parenting responsibilities after paying expensive school fees?

And while much of the talk dwelt on the propriety of the man’s action and whether or not we should spare the rod and spoil the child, many ignored the obvious disconnect in the affairs of the boy’s learning. Raising a child is also the collective responsibility of the larger society. Good schools monitor a child’s aptitude and behaviour. They provide a feedback mechanism for regular interaction with parents. I still help out my son with his homework. I am usually notified of any bad behaviour from his teacher’s comments and when I’m too busy to respond the school sends an SMS requesting a meet with the teacher.

Unfortunately, many of our elite private schools lack this system and even where they exist how many fathers — who believe that their responsibility lie outside the home — rarely comply.

One Farida Kabir aptly captured it in one witty tweet when she wrote: “My son’s school fees is around 400k per term and his school sends me weekly messages about his academic standing in his comment book. If I have an issue, I also write it in his comment book and send back. If I’m paying 21K USD they better be sending me hourly notifications”.

But I do acknowledge that we are humans. And it understandable that one can lose his temper and dish out a slap in anger but that’s just about where it should end. There is no excuse for repeatedly slapping a kid. Beating is for animals, not humans, and definitely not for kids. Developed nations long moved beyond that and have even outlawed animal cruelty. A caring father who lashes out at his son in a fit of rage should quickly retract his arm, bring him close and fete him.

I know you are already dismissing my views as impractical, western idealism that is incompatible with our culture but until you show me the African Einsteins produced by long years of flogging I will continue to propagate this. We just have to accept that some stereotypical tropes that culture associate with African parents especially fathers — things like being strict and unapproachable — are gradually being obliterated by education, technology and the social engineering of our pleural society.

A son needs a father figure and raising one is no piece of cake because fatherhood is a nondelegable duty which requires emotional and interpersonal skills. You have to be authoritative without being authoritarian. You should be soft enough to pamper your boy and firm enough to correct him. You have to find a balance between motivation and placation. You should be able to tell your son that it is possible to do everything in his power and still fail to reach a target. But also let him know that you will be there to support him, to give that soothing pat on the back.