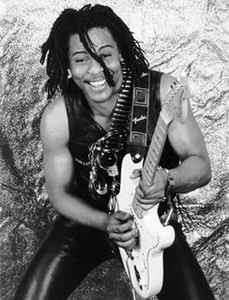 Having outlived many silly rumours of his death, iconic reggae musician Majekodunmi Fasheke popularly known as Majek Fashek has passed on to the great beyond as announced by his manager via a short video posted on Instagram this morning.

As a teenager, I usually spent time with an older cousin who loved reggae music. That was when I fell in love with Majek’s unique style because my cousin seemed to have the “prisoner of conscience” album on auto-repeat. Those were the days of Maxell cassettes and because you usually get better quality sound from recorded tapes than the ones sold in the stores I quickly went to my local music studio and got my own copy.

By late 1988 when I was a first-year student in Uniport, I was also playing Majek on auto-repeat. For some reason, the tracks “genesis” and “police brutality” particularly resonated with me but it is impossible to even mention Majek without “send down the rain” which became a national anthem and ultimately his most popular song. You heard it during lecture breaks at the tuck shop. It filled the space in the hostels and at our favourite Stopover bar, you were often greeted by it as you walked in. Majek had become the most popular music star in Africa. Likened to the legendary Bob Marley you couldn’t go through a day without coming across Majek. He was on the screens, the radio, your music set and on billboards.

Sometime in 1989, I attended one of his concerts with my cousin. Having heard about the miraculous manner in which the sky opened up for a heavy downpour when he performed in Port Harcourt stadium, we couldn’t miss the opportunity to see him live at Crystal Park hotel Aba. It was a bright sunny day as I vividly recollect. The venue was beautifully set and filled to the brim. As the rainmaker strutted across the stage doing his thing the crowd bayed for the popular anthem. But as if it was planned he saved the best for the last. Lo, and behold as the show was drawing to an end the clouds started turning grey and when the familiar opening bass rang out the audience erupted with the chorus. As he strummed his guitar the heavens’ gate gave way for a torrent of heavy rain that would eventually drench us to the pants.

Majek was magic. His songs were boisterous, bawdy, heartrending and homely. In one tune, like “police brutality” he could be subtly savage and in the next like “without you” he is sweet and sonorously sexy.

He brought home to Nigeria and Africa a hybridized version of the somatic ska music first used by many Caribbean performers as a voice against oppression.

And Majek did exhort good people to stand against oppression and take control of a world spiralling endlessly in iniquity when he sang:

The world will miss a hugely talented artiste who revolutionalised reggae music with an infusion of rock, roots and afrobeat. A prophetic poet who chased draught away at the stroke of a chord. A man who sent down the rain.

Fare the well Majek, my one and only rainmaker.