Home Blog A Teachable Moment For El Rufai And The NBA.
Post Views: 7 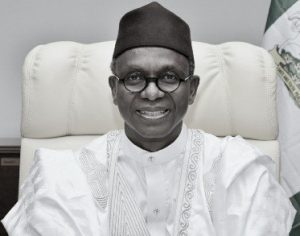 El-Rufai needs no introduction. Often appearing strict, conceited and supercilious, the diminutive Kaduna State helmsman is synonymous with controversy. He divides opinion, people and groups alike. He can be brittle and belligerent yet subtle and liberal.

The man who made lewd remarks about Jesus Christ and the infamous ‘body bags’ threat is also the same person who spontaneously awarded a scholarship to an almajiri boy on twitter and repeatedly appoints non-indigenes into his cabinet. So love or loathe him, the indisputable fact remains that he is a brilliant and efficient public servant who doesn’t suffer fools gladly. His words often carry a lot of weight and many have come to believe that they represent the perspective of northern progressives.

The latter, perhaps more than any other consideration may have informed his invitation by the Nigerian Bar Association (NBA) to speak in a session titled: ‘Who is a Nigerian?… A Debate on National Identity’ at her 60th annual general conference. Sadly, that apposite gesture which could have enriched the political discourse around the national question and possibly foray into the rising insecurity in Kaduna State elicited threats of a boycott from some lawyers.

The furore which started off as social media posts germinated into a petition and the subsequent withdrawal of his invitation, an action which snowballed into an imbroglio that assumed the hue of our endemic fault lines.

Supporters of the Kaduna state governor and APC cried foul, saying that the NBA as an apolitical body should have remained neutral while the protagonists of the petition argued that a section of the public including members of the bar found the courage to air their views and the NBA leadership found the conscience — albeit hesitantly — to act judiciously. Yet another set of commentators believe that the NBA only bowed to pressure and that those against the invitation of others can as well protest and let the NBA leadership decide again.

Well, it didn’t take long for the Muslim Rights Concern (MURIC) to lampoon the NBA’s decision as “parochial, myopic and jejune” while urging the northern lawyers to boycott the conference. Bauchi, Jigawa and Kaduna state lawyers followed suit and threatened to boycott the conference if El-Rufai’s invitation is not restored. Yet another group tagged the Radical Agenda Movement in the Nigerian Bar Association (RAMINIBA) petitioned the NBA to expunge the invitation of former President Obasanjo and Rivers State Governor Nyesom Wike.

The NBA is in a dilemma. The leadership of the lawyers’ umbrella association struggled for some years to extricate itself from corruption allegations and electoral malpractices. That soiled reputation which recently appeared to be on the path to redemption with a seemingly fair election has suffered a setback as the NBA may have opened a pandora’s box that will pull it back to the murky gutter of our partisan politics.

Could the association have been more proactive with its invitations? Surely they could have. But that would have meant treating the gander like the goose because many will agree that very little separates El-Rufai from Obasanjo, Wike and indeed a majority of Nigerian leaders in terms of respect for the rule of law, democratic norms and values.

I believe the leadership of the NBA goofed in handling this matter. The conference committee invited the speakers on merit and to speak on issues where their wealth of experience apply. Few qualify better than El-Rufai on the topic he was billed to talk about considering his intellect, experience and position as the incumbent governor of Kaduna State where the identity question cannot be altruistically detached from the repeated ethnoreligious clashes.

Moreover, having El-Rufai speak on the issue of national identity does not in any way undermine the importance of security in Kaduna state or in the nation for that matter. Those who argued otherwise may have hinged their conviction on the governor’s utterances particularly the latest where he blamed the leaders of Southern Kaduna. But the conference programme covers many areas. A session will feature the Vice President and other speakers on the ‘State of the Nation’ while another will discuss ‘Security and Extra-Judicial Killings’, a topic initiated by the NBA’s Section on Public Interest and Development Law (SPIDEL).

In any case, this is a teachable moment for both parties. Whether premeditated or not the deed is done and Usoro’s timorous apology cannot undo the embarrassment. Moreover, having ignored that apology, El-Rufai will definitely reject any attempt to restore his invitation. That is exactly what I will do in his shoes.

But he can also do more. He should apologise for his recent comments on the Southern Kaduna crisis. If he previously paid some Fulani to stop killing why then is he baulking with Southern Kaduna leaders? Moreover, it is very insensitive to talk down on a people burying their loved ones. The people have valid reasons to be mad at the government for failing to protect them. That the killings predate the current administration doesn’t shift the responsibility elsewhere.

Ethnic and religious rectitude may not be a pragmatic goal in Southern Kaduna. But rather than inflaming the situation with incendiary comments, a governor should be promoting inter-religious and multi-ethnic engagement. El-Rufai is an achiever, Nigeria needs more like him no doubt. However, even his most fanatic supporter will agree on his rising unvendible profile in the south. He needs to calm down and learn to be more diplomatic. It will not reduce his effectiveness rather it will increase it and equally enhance the chances of realising his future aspirations.

As the NBA conference kicks off, the association must acknowledge this ignominious end to a chequered era. Our lawyers’ umbrella association must strive to be strong, unified and apolitical. These are necessary ingredients for preserving justice and promoting the rule of law. Olumide Akpata must begin the new era with thorough soul searching and the succinctly captured excerpt from El-Rufai’s response provides the proper ingress: “That a professional organisation has elected to endorse a one-sided narrative on a profound national issue is something that its members may wish to reflect upon. For an association, whose bread and butter is about justice to make a ruling based on the stridency of people who lampoon judicial processes against certain individuals without hearing the other side is odd. It bears noting that in its response to pressure, the NBA leadership has signalled an unfortunate embrace of injustice, unfairness, absence of fair hearing and total disregard for the rule of law”.

On This Day: The Berlin Conference Ended.

Can El-Rufai Achieve The Abolition Of Almajiri?

A True Giant Of Africa.