The silver rays of the moon poured through the grille on the window , illuminating the table.

The table held a tray with a book in it. In the folded brown pages of the book was his newspaper cuttings , magazine strips and beside it was a champagne flute and a glass sauce. At the base of the table lies a shoe rack and a laundry basket on it.

At the far corner of the room in the shadow of his wardrobe and a short shelf was the bed he sat on with his legs crossed like a monk in a silent meditation. He gazed at his door in expectation.

Adewale heard a light tap on the door. He rose to check who was at the door. The young lad he sent on an errand stood at the doorway with his jug. He cast his gaze at his oblique side and collected the jug, he pressed a fifty naira promised reward into his palm. Adewale returned to his room closing the door gently after him . It was his new trick of getting beer, at least no member of the house saw the barman while he was pouring the drink into the jug. walked slowly to the table in the moon wash and set the jug beside the tray. The book rustled as his hand hit the handle of the tray , a newspaper cuttings reached loosely out of the brown pages. it read : ‘’ How to control your drinking habits ‘’ . He muttered something about wrong control methods and returned to his bed. He switched on his desk lamp on the the bedside desk and pulled the drawers. He reached into the first drawer with his hand and took his album. The leather back of the album was cold.

Perhaps the frozen effect of the scenes tried to escape from the album ?The power of the photos is a great one.

Adewale shook his head at his own inner voice. He knew it was the truth. The power of the photos was enormous , always transporting him like everyone else into the past when the flash ushered the images into the camera device. Whether the scene was a happy one to recall or a poignant one; the scene on the paper always gives the frozen answer!

He pulled the zip and the interlocked plastics gave way to the living scenes. He turned the first leaf,the picture was his favourite. In the picture he stood with a bouquet of artificial flowers in his hands , his two set of teeth shown in his brilliant smile at the camera. He tried to remember the exact age he was when the picture was taken but it was a thing of oblivion. His fingers turned the leaf to it’s reverse side . The picture on the leaf was of him and his sister grace. He wore a black shirt over brown trousers and leaned against a studio chair which Grace his sister sat on. She wore a brown gown and black sandals. she had butterfly ornamented pins fastened to the partings of her hair and a bright smile on her face. The scene awakened the sleeping old days in him. Adewale smiled and glanced at the table his urge was building. He and his sister were both good children but different in behaviour. She was the obedient and a bit servile one and he the overly curious and docile.

He dropped the album with it’s leaves front on the bed. Sweat was gathering on his face, he pulled his handkerchief and wiped his face . On the handkerchief was an emblem that stated : ‘’ Jesus is love ‘’. Adewale remembered that the handkerchief was a gift from his mother months when she returned from the pilgrimage to Jerusalem. He received it alongside a Bible when he was leaving home for his apprenticeship. The gift was to serve as a reminder of the upbringing rooted in biblical teachings he left at home , a living guide. Every member of his family passed through these teaching from the stewardship of his father and the ever watchful eyes of his mother. Adewale shook his head , here at ifon he had turned down those teachings under the powerful urge. He turned the leaf and the picture was a very familiar one, a party.

In the party scene, a juju lead singer appeared to be singing and leading his local symphony With his back to his fellow members of the orchestra. The members had different instruments in their possession , modern and local. The steel guitars , keyboards , talking drums or gangan all contributed to the stage amidst the colourful stage lights. At the base of the stage were the dancers . Adewale and his older cousin backed the crowd smiling at the camera. The picture transported him into the past on the paper. The memory of the very day clicked in his memory box. It was the party their friend invited them to when his parents and his sister were on a trip to their church’s district headquarters. When they arrived at the party it was alive with dancing people , wriggling and twisting to the local music. Adewale found a chair and sat watching the crowd . He was fascinated by the music and how the juju singer called out the titles of praise and fawning. Temilade walked through the crowd to get them drinks. He returned with a tray that held two bottles , two beer mugs and a sauce filled with groundnut. The purpose of the groundnut was to drown the presence of the drink from their mouth after they were done. He corked the drinks and offered Adewale a bottle of the beer. He told him he does not taste beer and he requested for a soft drink beverage instead. His cousin told him that it was better compared to the soft drink he loves to take and at least it was ‘’just a taste ‘’ .

The ‘’ just a taste ‘’ overtime turned into ‘’ a little quantity ‘’ on and on it went till he got stuck in excessive drinking habit that metamorphosed into a powerful urge which his family never noticed. Tears clung to his eyelids as he stared at the picture below. He had tried on his own to kill the urge on his own but the urge returned like a Phoenix from its ashes twice as strong. He garnered information from newspaper and magazine pages and tried to erase the habit but he could not on his own. Even under his disciplined master the urge persisted . The urge had cost him his job twice due to his poor performance in the telecom company where he worked before he was sacked .

Closing his diary he resolved to abstain from his binge drinking habit for a while before he could visit a trained counselor and at the end of the month he would visit his parents for guidance and prayer. He rose from his bed and walked slowly to his table , picked the jug by its handle and walked to his bathroom where he poured the content of the jug into the drainage hole. 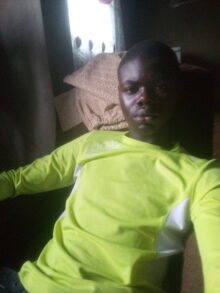