It is always disheartening whenever I recall that the ones we are suppose to run to for help are now the ones we run away from. Indeed, it has gotten out of hand and the recent ban action of the Federal Government was not only timely but also necessary.

I do not think anything can suffice to being truthful, sincere and innocent yet having your life at the mercy of a police officer who in a jiffy can end all the beautiful dreams and leave your loved ones with scars in their hearts that may never heal just because of a few ‘penny’. I have seen how SARS officers would shove innocent youths and even teenagers into the back of their squad car, punching and pushing them. Scared and stunned about what was happening yet they cannot help themselves or say a word. The most saddening aspect of it all is that, some of these victims do not even know why they are being arrested or what they had done wrong.

Unarguably, the increase of fatal police interactions, oppression, intimidation, harassment, outright extortion, armed robbery and even rape of the Nigerian masses who strive every day for a better life has grossly deteriorated the name and honor of the Nigeria Police Force and consequently, the nation. However, we still cannot demean the good works of the Nigeria Police, particularly, SARS. The fear of being caught by this ‘unexpected guests’ has made many slums and ghettos refrain from so many immoral practices. Undoubtedly, SARS has gradually help to curb the rate of ‘internet robbery’ of the group of fraudsters we commonly call the ‘yahoo boys’. Juvenile delinquency and deviationist practices such as rape, drug abuse, robbery, carnage, mayhem among others have been gradually reduced.

Although, in 1992 when this branch of the Nigeria Police Force was founded by former police commissioner; Simeon Danlandi Midenda, it wasn’t a round table planned work but a quick intervention to bring peace to the uproar in Lagos, when Colonel Rindam, a Nigerian Army Colonel was killed by police officers, today, to an extent, it has served it purposes as regarding its modus operandi in the Nigeria Police Force.

Therefore, looking at it from both sides, though I’ve had my own share of the sour experience of how inhumane and brutal FSARS can be, I opine that rather than totally abolishing the role of the Federal Special Anti-Robbery Squad (FSARS) it should be reformed. But this time, thoroughly reformed. The founder and former police commissioner; Simeon Danlandi Midenda, said this firsthand, “The secret behind the successes of the original SARS was its facelessness and its mode of operation. We operated in plain clothes and used plain vehicles that could not be associated with security or any government agency. Members could not carry Walkie Talkie openly talk less of guns. With the spate of robberies in Lagos, we realized the danger of carrying weapons openly. We also realized that by carrying weapons openly, we have destroyed the element of surprise”.1 Taking a close look at the modus operandi of SARS during its formation, you would agree with me that the major reason for their recent unbearable actions is because they have deviated from their role.

Recently, Nigerian award-winning musician, Mr. Eazi tweeted, “Dear Nigerian leaders, we need police reform laws urgently. It’s been 15 years since the killing of the #ApoSix and our young men and women are still being harassed by those who should protect us.”2 According to his comment, police reform laws are urgently needed. I also, buy into this idea. Now more than ever, FSARS needs a thorough purging and overhauling. In Chemical Engineering (which I am currently pursuing my first degree in) I am taught that when a system is clogged with particulate solids, these clogs are removed by a method called purging. Purging is a process of removing the clogs in a system by means of applying pressure.

I hold firm the belief that the major reason the reformation operation of FSARS has not been efficient over the years is because the necessary pressure has not been applied. At the accurate temperature, every substance melts, not excluding diamond. I believe this also finds application in this case. Rigid rules on prosecution and ‘actual’ prosecution must be put in place to flush away every clog from the system.

Further, In August 2018, Yemi Osinbajo, Vice President, as the Acting President, ordered the IGP, Idris, to overhaul SARS management and activities. Osinbajo said that the unit that will emerge from the ‘process’, must be intelligence-driven and restricted to the prevention and detection of armed robbery and kidnapping, and apprehension of offenders linked to the stated offences.3 Against this, Omoyele Sowore, an activist and publisher of Sahara Reporters described the announcement as a scam, and recalled a similar action in 2017. He said they rebranded SARS to FSARS in 2017 and since then SARS has killed more youths, adding that only a disbandment and dismantling of SARS is acceptable. From my point of view, while it is true that there have been more recent negative reports of abuse, torture and killings by some SARS officers, the upsides of crime rate and killings they have resisted should also be counted and considered.4 Undoubtedly, the Special Anti-Robbery Squad (SARS) have been doing very well in fighting violent crimes such as armed robbery, kidnappings and cattle rustling in the country in the recent time and this has resulted in drastic reduction of incidents of the mentioned violent crimes nationwide.5

In addition, SARS is beyond a ‘Tactical Squad’ put in place by the Nigeria Police Force. SARS are the individual members of it. I believe that it is not arguable that even if the operation of SARS is abolished, most of its members will still find a slot in the Nigeria Police Force. When this happens, the parade of fear and panic may continue. This is because, obviously, the brutality stems up from the heart of the people who make up the FSARS. So, emphatically, I suggest that a thorough reformation of the Nigeria Police Force is what is needed. Also, as a result of the impending uproar and movement of the operation #EndSARS, Big Brother Naija: Lockdown housemate, Ozo, wrote on his page, “SARS is not just a set of people. SARS is a mindset, it’s an emotion dressed up by men in a police uniform. 80 percent of the police men share this emotion. Ending SARS doesn’t stop this mindset. All they have to do is give them another patrol name…the emotion continues. The whole Police Force needs a reform”.6 Evidently, being rated among the worst three police force in Africa, the whole Nigeria Police Force is in dire need of a reformation.

Finally, the current Inspector General of Police (IGP) has warned that SARS should not invade the privacy of Nigerian citizens through indiscriminate and unauthorized search of mobile phones, laptops and other smart devices.7 He also added that “they are to concentrate and respond only to cases of armed robbery, kidnapping and other violent crimes when the need arises”.8 To further affirm the stand of the Nigeria Police on this, the IGP has therefore ordered the X-Squad and the Monitoring Unit to embark on immediate and massive nationwide monitoring of activities of Tactical Squads and other police officers on the road.9 He concluded by warning the Commissioner of Police in charge of FSARS and other State Area Commanders  that they will be held liable for any misconduct within their Area of Responsibility (AOR).10 I believe that if these recent laid out rule are strictly adhered, the situation of things will turn out promising.

In conclusion, while over the years the reformation of the FSARS has not been totally effective and efficient, the Federal Government and Nigerians must not remain punch-drunk. Rather, joint efforts of the federal government and general public should be put in place to curb this deleterious impingement from our societies. The newly stated rules which were discussed in the preceding paragraph should be strictly adhered. Victimized citizens and every other Nigerian by law, should be safe and guarded to speak out boldly, and, prosecution of any offender should be immediate and effective because, a stitch in time saves nine. In harmony, Nigeria can be the country of our dream and a better place for our children. 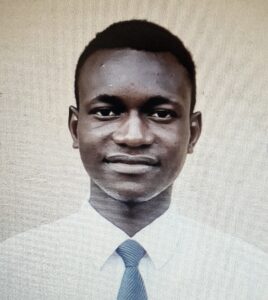