Home Essays Essay Competition While The Mother Sleeps, The Childen Weep And Bleed by Maryann Ndu.
“Peace and Unity” was the song that clouded his mind and the words on his lips. He held up the flag and let tears run down his cheeks uncontrollably. His heart ceased beating rhythmically and his blood all over the place alongside other protesters. Bullets ran into their body for shelter, not to stay peacefully but to do away with their lives.
It is no news in Nigeria, the darkness that loomed over us during the peaceful protest of ending the SARS movement. Protest is merely an option that often brings resolution, says Adeleke Adeite, but they chose blood and flood over pleads and bread. We can’t in a hurry forget the Month our so called mother claimed to gain independence from the colonial masters and was free, it was that same Month she unleashed the beast within her on her children, with her eyes closed and sleepy, she dealt with her children and ignored them, Causing them to bleed and wail. Grief filled the atmosphere.
We felt our voice must be heard by heading to where we will be clearly seen but death and darkness rested their ugly hands on us and dethroned the voice of our youths. They taught and sang freedom to us but when we threaded that path, it led to doom. Those we called our shields and weapons turned against us and with that same weapon, they slaughtered many. Nigeria became an abattoir for the massacre; says Chiquita Jefa.
Our souls wept for the young fallen heroes of our generation and our hearts shredded to pieces when we see the videos of how our young stars were brutally killed; it’s so inhumane that we let out a loud cry. When everyone is crying, who then will wipe out each other’s tears? Our youths rose for the Country and laid for the Country by returning to dust. Their struggles cannot be forgotten in a jiffy. Their pains and integrated voices which was lifted and fell will remain evergreen in our memories. The scar they created laid in the hearts of so many young and old Nigerians. We will forever remember them, the said lazy youths rose to vibrant youths and their vacuum will be recorded in history.
The whole event calls for repositioning, and I support the saying that says, “A thousand miles begins with a step”. We have walked a step despite the fear of the miles that are far away, we hope strongly that more steps will be effective. There is no redemption without sacrifice; Jesus proved that on his way to the cross and on the cross. He indeed suffered for the atonement of our sins. They died our death, they bore our pains, they spoke on our behalf. The peaceful protest that started with a prayer walk in all the States was not effectively felt but when it turned to a bloody meal festival, it attracted attention even from other Countries.
Just like a saying in one of the movies I saw, it sang “When a student is ready, a teacher appears”. A teacher here might not necessarily mean a human being but can come in form of experiences, sensitivity to environment and so on. Nigerians took the first step to achieve balance in the Country’s entire system, mistakes were done and a teacher appeared to correct all of us through reflections, withdrawal and past experiences. She will therefore equip us with the necessary tools for we to come back again and take the Country and put it in the rightful position that we all long for.
The effects of the bloody event was felt in all nook and cranny of the Country and attracted so many other. The aftermath of the event turned out to be tolerance. If we all die, who then will win the fight? We tolerated the deaths and withdrew to avoid more loss. The surviving youths went back to clean up the debris and dirts, packed away the past through them and burnt up all related to it. They cleaned up the bad energy and prepared a way for the invasion of the good energy. We believe that we have shouted and done enough for the mean time. The effects was felt and voices was heard. We are no longer the lazy youths they tagged us to be, we are now vibrant enough to swallow all fears and take necessary effective actions.
The momentary turmoil and travails will pass and peace will prevail. Weeping may endure for a night but joy looms, with love and light in the morning, says Adeleke Adeite. We strongly believe in Unity, because in it we stand firmly. Necessary actions will henceforth take place in the Country. The protest and all event that took place is a sign of reformation and Nigeria will embrace the new her. It was a bursting out after swallowing in a lot that caused irritation. Just as it is said, the mind encloses or houses the ideas but the mouth speaks it out. We have voiced out and that alone calls for repositioning silently and in due time, it will sing aloud.
Maryann Ndu wrote in via ndumaryfrancis@gmail.com 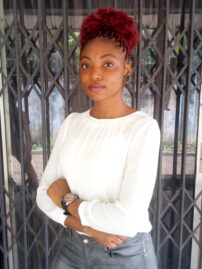