For any society to make notable progress there must be a government to run it affairs; Governance however goes beyond a means of providing common goods for the people. It can also be related to the management, supply and delivery of public services to a nation.

Government In every nation, developed or developing is charged with the responsibility of carrying out some statutory roles such as performing political duties and discharging civil services to the public. However, there are costs incurred by government in running these administrative affairs. And to say that carrying out these responsibilities requires a huge amount of spending by the government is no exaggeration. Even so, an excessive increase in the cost of governance reduces the availability of public funds to support and implement the primary functions of the government which consequently impedes growth and development.

Therefore, in a nation where the civil service is extra large and/or the government cabinet is larger than optimal there will be a rising cost of governance. Consequently, pronounced poverty and laggard development is a key feature of such society because for growth and development to take place resources must be channeled towards production. Hence, an excessive increase in administrative expenditures indicates that there will be a reduced proportion of resources available for productive purposes. An increasingly rising cost of governance will definitely have a negative effect on the productivity and industrialization of a nation, and generally a lessened finance for capital expenditures.

This is the problem that stares at Nigeria in the face, because over the years, there has been an astronomical increase in the costs associated with running the government in Nigeria; with such recurring increase evident in almost all sectors of the economy. The high cost of governance in Nigeria is seemingly worrisome; and has become a challenge to the nation’s development. In the nations yearly budget, a very large percentage is always allocated for recurrent expenditures thereby leaving insignificant percentage to be set aside for production, infrastructure, industrialization, health, education, and other important areas that are necessary for the enhancement of the development of a nation and quality life for the people.

Since 1999, the percentage of the total budget spent on recurrent expenditures as gradually increased. For example, in the 2010 national budget; of the USD28.75 billion, only a sum of USD11,15 billion was earmarked for capital expenditures. Similarly, in 2013, out of a total of USD30.75 billion only a pantry sum of USD19.38 billion was voted for capital expenditures. In the year 2012, 86.9% of the budget was spent on recurrent expenditures. In 2018 and 2019, the amount earmarked for recurrent expenditures also took significant lion shares from the total budget. The irony of it is that, instead of reducing this ever increasing administrative expenditures, every new government seems to increase it further than it inherited it from its predecessors to the utmost detriment of the nations development; This is aptly demonstrated in this year’s (2020) national budget, where of the 10.33 trillion naira budget, only a pantry sum of 721.33 billion naira was allocated for capital expenditures; a significant 23% decrease in the money plan of 2019.

Moreover, one of the major causes of the incessant rise in the cost of governance in Nigeria is the extra large civil service sector. In Nigeria the civil service sector is large, inefficient and also brings about exorbitant cost to the government. There is a need for restructuring in the Nigeria civil service sector; it needs to be reduced to a manageable but optimal size. A practical example is the Nigeria police force. The Nigeria police force by constitution is supposed to handle crime, but the crime Investigation department, was expanded and taken away to form the Economic and Financial Crime Commission (EFCC) and the ICPC; the anti drug arm of the police was also removed and expanded to make the NDLEA, the DSS was also previously an arm of police. Today the budget of the EFCC is higher than that of the police. There are other samples examples of these instances of duplication of functions. Therefore an important step to be taken in the reduction of the cost of governance is to look into these already established agencies and make appropriate rectifications, restructure and probably merger or scrapping of many agencies, instead of further establishing new ones.

An appointed minister in Nigeria may have up to 10 special assistants, and special advisors, every special advisors also has an executive assistant. Not to talk of the presidency, who has up to 100 parastatals working under him, of which majority of them are doing the same thing. Ridiculous offices like special adviser to the President on technology, special adviser on this, executive assistants on that, and all these special burdens take home mammoth salaries and allowances every month. Isn’t it ridiculous that a Nigeria senator actually earns more than what the America president earns? A Nigeria senator gets to take home a whooping sum of 13.5 million naira in allowances every month, maybe more, apart from his salary for sitting for just 2 to 3 days in a week and going on recess for several weeks in a year, some of them even sleep during sittings. This is just a total waste of public funds. There is absolutely no justification whatsoever for these outrageous salaries and allowances .This jumbo salaries an allowances of our lawmakers should be drastically reduced.

The United states, which is one the richest and powerful countries in the world has a far slimmer and more cost effective bureaucracy than Nigeria. It has less than 20 federal ministers. The British government’s cabinet is comparatively slimmer compared to that of Nigeria. Actually, the real problem is that Nigeria really does not have an effective public administration, because all it looks like is that our leaders are only interested in the political power and the rather undeserved benefits that comes with it .

However, if people in government positions can resist the temptations to steal or siphon states funds for selfish reasons: the little funds available will still to an extent initiate gradual development. But that is unlike the Nigerian situation, because most of our politicians are corrupt and selfish, they specialize in looting public treasury and misusing public funds. Political leaders inflate costs of public projects in a bid to milk-dry the seemingly little funds left off for capital and developmental projects.

In conclusion, the increasingly rising cost of governance in this country requires drastic actions. It is a war our leaders must lead. Senators must implement the motion of the downward review of their salaries and allowances and that of other government bodies for a start. Anything short of this will only show that they are greedy people who care less about the well being of the country. If we are serious about reducing the cost of governance, restructuring must begin immediately, because there is an urgent need for a total overhaul and restructure.

References: Adewole. A.N. and Osabuohien. E.S.C. (2007) “ Analysis of the cost of governance and options for its reduction in Nigeria”

Afolugbe. O. et al (2004) “Institution as as the fundamental cause of the rising cost of governance” 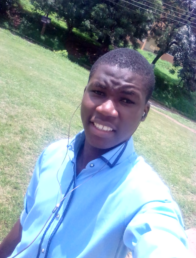 Reducing The Cost Of Governance In Nigeria by Bolaji Alade.

Give Me Good Governance Over Restructuring.