Different scholars, different literatures, have given definition of democracy; but the most striking of them all, remains that by Merriam-Webster dictionary. It defines democracy as, “a government in which the supreme power is vested in the people and exercised by them directly or indirectly through a system of representation usually involving periodic free elections”.

There is no gainsaying that Political parties remain the life wire of any democracy, and politicians belonging to these parties can truncate democratic processes through their actions within these parties. Party defection is one of such actions with great propensity to throw a spanner in the works of any democracy. These defections have become not only a norm but an increasingly dominant feature in Nigeria’s democratic journey.

Party defection involves politicians moving to a new political party, after being elected on the platform of a previous party. In doing so, they change their allegiance. This trend is a practice prevalent during election periods. For Nigerian politicians, this is a critical moment when their fates in the coming election are decided; how well the parties meet one’s hope and desire informs whether (s)he stays or moves to another party. The interest of the people who they represent falls down the pecking order in these calculations.

Sincerely, the gale of defections has not only constituted democratic nuisance, but has continued to raise serious concern among political observers and participants. It is a big threat to Nigeria’s democratic survival, and the frequency with which the strong wind blows the present fourth republican space leaves a lot to worry about already.

It is on this premise, that this essay investigates the peculiar trend of political party defections and the implications it portends for Nigeria’s democracy. In doing so, the writer traces briefly, the historical antecedents of party defections from the first republic to present republic. The essay also reveals some of the factors responsible for the trend, and the influence and nexus such factors have on the sustainability of Nigeria’s democracy. It concludes by proposing some antidotes to curtail the aberration.

A brief walk down the Memory lane…

Politics of defection in Nigeria can be traced to the first republic in 1951, when several members of National Council of Nigeria and Cameroon (NCNC), defected to the Action Group (AG) just to deny Dr. Nnamdi Azikiwe and his party (NCNC), the majority in the Western Regional House of Assembly, which the party required to form the government in the Western Region. Meanwhile, within the Action Group (AG), Ladoke Akintola, a deputy leader of AG, left the party in a crisis of personality and ideology between him and the party leader, Obafemi Awolowo, to form United Democratic Party (UNDP). UNDP then entered into alliance with Northern People’s Congress (NPC) to frustrate AG’s dominance of the Western Region.

Meanwhile, in the second republic, Akin Omoboriowo, the then Deputy Governor to Michael Ajasin of the Unity Party of Nigeria (UPN) in the old Ondo state, defected to the National Party of Nigeria (NPN) and became its gubernatorial candidate in the 1983 general election. This turned the state to a theatre of political violence because of the desperate move by the NPN to win the governorship election through massive rigging and falsification of election figures.

The third republic, political observers say, would have produced more defection drama if not that it was aborted by military incursion.

Within the fourth republic and under the 2015 general election, out of the 29 governorship candidates of the main opposition party – the All Peoples Congress (APC), 18 had at one time or the other been members of the ruling party, the Peoples’ Democratic Party (PDP), which lost the March 29, 2015 presidential election to the APC. The same trend happened after the 2019 general election; most recent of them being the defection of David Umahi, the incumbent governor of Ebonyi state to the ruling APC from the PDP, with permutations  surrounding the 2023 presidential election already seen as reason for his defection.

But why do politicians in Nigeria bounce between political parties?

Contributory to this trend is the lack of internal democracy and deep rooted ideologies within political parties. Meaning that parties are bereft of internal structures and operations that are democratic in nature; party members are not included in decision making and deliberations within the party hierarchy and structures.

For this reason, this leads to politicians defecting, should they fail to secure their party’s nominations during primaries. Meanwhile, some move to other parties so as to participate in the elections if they feel disillusioned, cheated or denied free and fair primaries by their party. In some cases, politicians still defect even when there is no crisis within their political parties. Such politicians thus become likened to “political prostitutes” lacking in political principles, morality and conscience needed to champion the course of true leadership.

Personality clash, power tussles, divergent views on the operation of political parties’ philosophy, disagreement on party’s position on an issue, realization of one’s personal ambition and party leaders reneging on agreed issues like power sharing formula, have all been implicated as other reasons why politicians jump ship.

There is also the absence of water-tight legislative framework to curtail party prostitution amongst politicians. Sections 68 and 109 of the 1999 Nigerian constitution (as amended) for instance, emphasize the conditions for a lawmaker to defect; it however, exempts members of the federal and state executive cabinets, where the anomaly also exists. For the legislators, defecting candidates must justify that there is a division or merger in their party and they readily exploit this deficiency as they decamp to their new parties, helping them retain their offices in the process.

The shenanigans that define party defections in Nigeria merely reflect the level of desperation for political relevance in the pursuit of public office. This implies that many Nigerian politicians do not believe in party ideologies; rather, they are just power drunk. Ultimately, this makes a mockery of the nation’s democratic evolution, as well as degrades and humiliates the political class before the civilized society.

With continuous defections, what the people now have is a contaminated pool of parties and a structurally-perverted political tradition that relegates the needs of the people behind in the scheme of things. The Nigerian voting masses are therefore mere victims of the whims and caprices of a mindless political class who show total disrespect for the electorates.

As is often the case also, once elections are over, the interest of the people is no longer in the opposition party’s agenda; rather, they would be struggling to defect and be part a unity government, if offered by the ruling party. And so, several anti-democratic and mischievous schemes are devised to keep the opposition out of work. There becomes the absence of strong opposition that would create a balance in the country’s democracy by checking the excesses of the ruling party at any time; paving the way for the emergence of crude imperialistic governments

For democracy to be sustained in Nigeria, there is need to critically address basic problems hinging on party formation, structure and management. Parties should be built on clear and unambiguous ideological principles. Fundamental among them is the establishment of internal party democracy to give people opportunity for inclusion, participation and chance to get redress in crises. Absence of ideology would obviously continue to trigger defections in Nigeria party politics.

Civil society groups, non-governmental organizations and pro-democracy groups should be strengthened to rise up to this challenge.

Also, Nigeria’s electoral and judicial systems must find ways of fixing the aberration of office holders taking their offices with them when they are leaving the parties that sponsored them to power. This can only be possible via constitutional amendment.

Specifically, the constitution should make such offices to be declared vacant to allow a fresh contest. The constitution should also give necessary agencies the backing to determine when a party is divided or not. These measures promises to throw a spanner in the works of politicians who continually shift camps to whichever side their bread are selfishly buttered.

Chukwuemeka is a graduate of Electronic and Computer Engineering from the Nnamdi Azikiwe University, Awka, Anambra state and also an old student of Federal Government College, Ugwolawo, Kogi state. He’s a passionate writer and can be reached via “write2oluka@gmail.com”

Emmanuel Oluka is a graduate of Electronic and Computer Engineering from the Nnamdi Azikiwe University, Awka, Anambra State. He is a deep thinker and a passionate writer. He writes in from Enugu via “write2oluka@gmail.com” 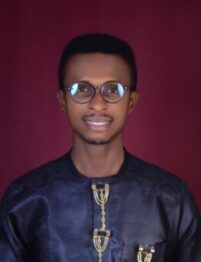 The Imperatives Of Restructuring by Bola Tinubu