… “ Her Knight had become a nightmare, boxing her with no mercy to spare, a gorgeous body full of bruises and wears that would bring even a baby to tears.”… A poem written by Lanrexlan[1] point an awkward scenario of domestic violence. The World Health Organization (W. H. O) described domestic violence as ‘any act of gender used violence that results in, or likely to result in, physical, sexual physical harm or suffering to women including threat of such acts, coercion or arbitrary deprivation of liberty, whether occurring in public or private life. [2] But what exactly is domestic violence to the average humans?

Dr Alhie Ose N. of the college of education Ekiadolor Benin, Nigeria, in his research revealed that domestic violence is also a violation of human right which includes; battering of intimate partners and others, sexual abuse on children, young people and adults, marital rape, female genital mutilation and traditional practices that are harmful to women[3] caused by different forms and types.

The forms or types of domestic violence common we have our societies and beyond are subjected to our homes and environments. They include Physical abuses; like beating, kicking, knocking, punching, choking, confinement, female genital mutilation. Sexual abuses: such as marital rape, children prostitution and pornography. Neglects; such as denying people of basic this like food, clothing, shelter, medical care, sense of being loved, protection from harm. Economic abuses;which comprises stealing, theft, defrauding loves ones, withholding money for essential things like the food and medical treatment, exploiting family members for financial gain. Spiritual and Emotional abuses are also forms of domestic violence. [3]

However, domestic violence may be caused by different views. Women task force report 2000 recorded that inappropriate drugs, alcohol, financial instability, gambling, and access to firearms are some causes to domestic violence. Jejeebhoy, sees one of the causes as cultural norms in families and societies, and refusal to name the perpetrator assault.[4] Murthy viewed is a marriage and inappropriate husband education could be other causes for domestic violence.[5]

The perceptions of domestic violence can be seen based on region, religion, and class. For instance, the Tiv view wife beating as a “sign of love” that should be encouraged as evidenced with the statement, “If you are not yet beaten by your husband then you do not know the joy of marriage and that means you are not yet married.”[8]

Ethnic groups in Nigeria such as the Yoruba, Igbo, and Hausa- have strong societal structures that lead to the justification of domestic violence. However, the Hausa being more supportive of domestic violence and viewing it as an inherent right of a husband.[9]

There are differences in the perceptions of domestic violence varying across reasons. There are higher numbers for instances like neglecting the children or going out without telling the husband and less for refusal of sex or a mere argument.[8] Many of the reasons that are viewed as acceptable for domestic violence are largely subjective to a husband’s interpretation. For example, common acceptable beatings among men are lack of respect for husband, stubbornness, imposition of will on husband, and failure of wifely duties.[10]

The 2008 NDHS survey showed the acceptability of wife beating in Nigeria. They put forward five scenarios and asked both men and women. With women, there were trends found in viewing wife beating as more acceptable. It was viewed as more acceptable in rural areas, among married versus unmarried women, uneducated women, and poor women. The reason most viewed as justified for beating was going out without telling the husband. The relationships were about the same for men.[11]

Women experiencing domestic violence have different responses and differences in whom they report their abuse to. In research done in Ilorin, Nigeria, a high number of women reported their abuses to family and friends while not many decided to go to the police to file a report.[12] The reason behind not going to the police is various, such as the fear of victim-blaming, acceptance of violence as proper reaction, and the lack of police action.

One major issue facing domestic violence issues in Nigeria are the tendency for low reported rates. A study looking at domestic violence in southwest Nigeria found that only 18.6% reported experienced or acted violence between themselves and their spouse.[10] However, the same study also shows that 60% of the respondents claimed to have witnessed violence between a separate couple.[10] These statistics show there may be a tendency for underreporting which can occur for various reasons.

One main reason for the high levels of under-reporting are that it is seen as taboo to involve the police in family matters.[13] They view the separation of the two as important and the police force ascribes to this notion as well. Police hesitate to intervene even with lodged complaints unless the abuse goes over the customary amount usually seen in the region.[14]

The average Nigerian is concerned with well-being of his or her firmly, he or she thinks about how to go about his or her business and put food on the tables of their families. The concern to tackle domestic violence might seems difficult because he or she is not a victim or have someone who is a victim. In other words, only victims, and their families feels the effect, and then began to find the solution. As citizen of Nigeria we ought to show concern for our fellow citizens. We ought to fight to make our community safe through sensitization, education, law and policies enforcement and social media.

Domestic violence is a threat that need to be overcome. It can be overcome through unity, and good governance. Let’s stand in one mindset to make Nigeria and Africa a better place.

Sunday Odu wrote in from odusunday20@gmail.com 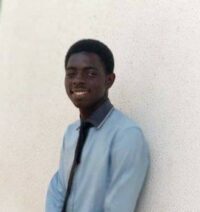