Home Essays The Open Secret In Our Society by Arueze Chisom.
Post Views: 41

Dear Ma, please hide my ID. I need your help. I have been married for 6 years. In these past years my husband who was once loving just turned on me. He hits me at the slightest provocation. Just yesterday, we had an argument then he flogged me with a wire. I have red marks all over my body. This time it’s so bad that I can’t even go to the work. Please what can I do? And please don’t tell me to leave my marriage.

* Leave O!, some women deserve some beating from time to time.

* Madam this is a family matter, how is this our business?

*We women atimes cannot keep our mouth shut. Now he has taught you a lesson, next time don’t talk anyhow.

*All I know is that if my wife misbehave I will not waste a single moment to put her in her place.

* Ewo madam please endure, it shall be well.

We see scenarios like this  play out more often in our country. As a matter of fact, sometime last week social media was buzzing with the news  and pictures of a  doctor in Benue state who made a social media call out on her husband, a channels tv reporter who decided to practice his newly acquired Anthony Joshua skills on her. The issue of domestic violence is as old as the union of marriage itself. It has been there and it feels like it has come to stay. The moment a couple gets married, it increases the chances of prolonged domestic violence because most women get hit many times before they jump the broom. In Africa, Nigeria to be precise there is a strong belief that women should be disciplined if they go out of line.   If you take your time to go through the comments again,  you would find out that each of them represent the mentality of the average Nigerian.

Domestic violence which is an open secret occur more often in marriages . The Bible says out of the abundance of the heart the mouth speaks. Going through the comments, you would notice striking words from some people, then you stop to wonder why such hostility. Nigeria an African country have cultures and beliefs built on a patriarchal system. To these men hitting women has been okayed  due to some sort of chauvinism they might have experienced while growing up. For a boy who witnessed his father raise his hands  on his mother, he grows up thinking that is a normalcy. This is where the comment “leave O! Women need some beating from time to time” comes in.  Let me give you a personal experience. Walking through the market, rushing home to attend to other things , a male seller grabs my hand to make me buy his wares. I make to free myself but he grips my hand tightly. Anger makes me gives him a slight shove then the next thing he said was that he would slap me. Am stunned, because he knows me from no where but already he wants to physically assault me all because am a female.

Nigeria being a country with diverse languages and tribes, all have different ways they view domestic violence. Upon research on Wikipedia I was shocked to my  bones to find out that in the tiv tribe a wife sees domestic violence as ‘a sign of love’. I began to think maybe some of these women might be sadistic in nature because no well meaning human thinks such. In this part of the world, once women get married there is belief that your husband owns everything about you and can do with you as he pleases . So with this kind of mentality, the issue of domestic violence will see thousands of reasons to prevail. The government of our country is not helping matters too as their laxity to handling domestic violence cases has made it blossom more

On the other hand there are rare cases of domestic violence on the men. The average Nigerian Know that there is a possibility of this happening but most times this topic is swept under the carpet. Due to the patriarchal society we live in, it is always assumed that no man go through domestic violence, thereby stifling the voices of these men who suffer in silence. Also the African man has an ego to protect, so rather than seek help from outside they rather die in silence.

Whichever we choose to look at it, domestic violence has done more harm than good in the society. All the victims of this has is just hope. 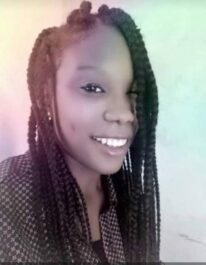 The Growing Domestic Abuse And The Need For True Feminism.

A Bitter Experience We Will All Likely Witness by Folarin Oluwatimilehin.