Jogging down the memory lane. The past, the present and the future walked into a bar. It was tense. At last, it‘s time for them to unveil the truth about the effects of government borrowing funds, for infrastructural development in the country.

Let us be clear, the impact of external debts on economic growth has since, been a debatable issue between scholars and has thus caused a mixed basket of opinions and contributions from both pessimistic and optimistic, especially when thrown open on forums and gatherings.

Then I remembered few years ago I was privileged to be invited to one of the presidential banquets’ dinner organized by the current administration of our country. It was scheduled for the presidential villa in Abuja with several erudite scholars and policy makers in attendance including the Vice President. I had a puzzle on my mind so I immediately decided to go even though I was bubbling with hope at the dawn of a new era in my country.

I arrived early, got a seat very close to the front and quickly picked one of the slots for questions. When the microphone eventually got to me. “I hope you don’t mind my asking sir,” I began. What, your Excellency are the effects of misallocation of foreign loans in our economy?

For a few moments the audience was stupefied, apparently hit by the sheer force of that question. I distinctly remember the Vice President answering my question with eloquence saying that the state dinner we were attending was one of the critical and advisory process for arriving at the need of strengthening our government institutions with the responsibility to checkmate budget implementation and also institutionalizing a movement for discouraging loans and borrowings generally, except for inevitable cases where borrowing become the last resort. I left the banquet that night quite excited.

The reality is that in an effort to bridge the foreign exchange and domestic resource gap so as to quicken the pace of our economic development, Nigeria has continued to raise both internal and external loans. While there is nothing morally, economically and socially wrong with the raising of loans through internal and external sources, I strongly believe such loans should be channeled to productive uses, that will facilitate economic development and subsequently be serviced and liquidated.

However, the shocking fact is that the public debt charges on Nigeria‘s external loans over the years, have maintained a steady increase, even as succinctly evaluated by the United Nations Development Programme. Also, the external debt service in the early 2000s was extremely very high which translates to about 6.77% and 7.69% of external debt service as a percentage of Gross Domestic Product (GDP).

Nigeria, like other developing countries of the world has incurred huge external debts which stifled her economic growth and infrastructural development. This is because, the provision of social overhead capital in less developed countries (LDCs) require huge sum of money. However, in order to provide these facilities, many african countries have borrowed heavily to bridge this domestic resource gap.

The Root Causes of Increasing Foreign Debt in Nigeria

I strongly believe the acquisition of external loans should undoubtedly be used for development purposes. However, in deciding on the optimal level of commitment, it is expected that a carefully planned schedule of acquisition, utilisation and retirement of such loans be prepared.

Moreover, realistic estimates of foreign exchange earnings as well as projected returns from investments financed with the loans should be required. All these would help to determine the ability of the country to service, without undue strain, the existing loans and the desirability or otherwise of contracting new loans.

But in the Nigeria case, there has been a lack of consideration of these factors generally. Sometimes, both the federal and states governments when determining which project to be financed with loans, often allow political considerations rather than economic reasoning to prevail. Consequently, some of the projects financed with such loans were either unproductive or lacked adequate cost control measures.

While, a number of such projects were abandoned before completion. At the end, the country would still have to pay for such ill-conceived projects in terms of debt servicing as they were financed by external loans.

Appreciation of the US Dollar against other International CurrenciesOne major contributing factor to Nigeria‘s foreign debt was the appreciation of the US dollar against other major international currencies in which the original loan was contracted. Since the Nigerian debt stock is denominated in dollars, the conversion of debts contracted in Deutschmark, Swiss Franc, French Franc, Japanese Yen, Pound Sterling etc. into dollar when the dollar gains its value will increase the dollar amount of the debt stock.

I have observed over the years that whenever there is a difficulty in loan payment in the country, the interest accrued due is always added to the principal thereby increasing the debt stock. This exactly was the case when Nigeria reduced payment of interest due, to the London Club in May 1990 from the contractual rate of about 9.5% to 3%. That same year, the default persisted. However, in most cases, interest is added again as a penalty to the original interest which was accrued and left unpaid.

The Menace of Corruption on Increasing Foreign Debts

Just like I was taught in high school that corruption is manifested by a desire to use the instrumentality of office for private gain, for the benefit of the official, his relations, ethnic group or friends at the expense of the law. I am a firm believer that this menace rests on its effects on developed and developing countries.

I believe corruption is known to flourish in any economy where there is a lack of transparency and accountability in government business and transactions. In Nigeria, for example a lot of money had been misappropriated in the past by some of our political leaders and corrupt government officials for the implementation and execution of some infrastructural projects.

For instance, in Ogun State where i grew up, the projects implementation unit of Africa Development Bank projects diverted $42,000.00 from the projects foreign account to Habib Bank, London Branch. Out of this, the sum of $20,000.00 was transferred to Abeokuta Branch of the Bank which soon vanished.

Also, I read in the national dailies some years back that in Ibadan, the Asejire water project valued at $39,000.00 was a failure. The state government merely refurbished the water project rather than expand it. The Hadeija valley irrigation project is another case in point, where a soft loan of $55 million was granted in 1991, the project became a victim of diplomatic intrigue of the French government and was abandoned.

These above projects which should have brought about some measure of economic development to the nation became victims of corruption and were abandoned leading to increased foreign debts.

A Critical Appraisal and The Way Forward

I believe debts problem does not arise just because a nation owes money. It arises when a country cannot meet her debt servicing problem while enjoying economic growth at the same time. As a result of the increasing debt problem, credit facilities gradually dry up, as the full ramifications of the debt problem become clearer. It also results in accelerated deterioration of the terms of trade, as suppliers raise prices to build in a risk premium against delays in payment, thus compounding difficulties in payments.

I am of the opinion that Nigeria should as a matter of importance, design an efficient system of monitoring, registering and approving external loans (debts).

I strongly recommend that an external debt bureau consisting of men and women who are of unquestionable integrity and irreproachable character should be established, to liaise with Federal and State governments and act as a clearing house for all information relating to external finance.

In conclusion, this bureau, which is to complement the Debt Management Office (DMO), should also be vested with the responsibility of collecting, collating and analyzing the information/data on debt on a continuous basis, and they should come up with comprehensive and up-to-date statistics on external debts, as an indispensable input into debt management strategies (policies). I believe this is necessary for accurate and comprehensive knowledge of the external debt in terms of its size, composition, maturity, debt servicing and future action. The time for Nigeria to look within itself for growth has come and the finances for infrastructural development have to come from within.

Oyinlola Abosede, a graduate of Chemical Engineering from Obafemi
Awolowo University is an intellectual fighter for emancipation.
and an advocate on social issues. He wrote in via oyinlolaabosede9@gmail.com 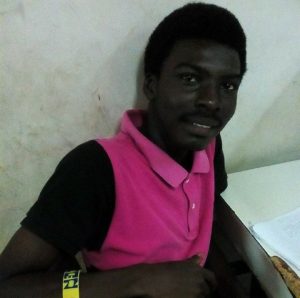 The Impact Of Foreign Media On Our Society by Opara Udochukwu.