When American author, Robert Greene, propounded the second principle in his classic, The 48 laws of Power, about two decades ago he must have had no inkling how important the principle would be to the Nigeria democratic trajectory. The second principle which States that, Never put too much trust in friends, learn how to use enemies came to bear throughout the Edo State gubernatorial election right from party nominations to party primaries and down to the D-Day.

In the wake of the fallout between Godwin Obaseki and his erstwhile cheerleader, Adams Oshiomole, which cost the former his second term ambition under the platform of the All Progressive Congress (APC), Robert Greene’s principle came to the rescue. Obaseki hired a former enemy—the People’s Democratic Party who had throughout his first term in office relentlessly ridiculed his style of governance and administration—now more loyal than a friend to contest at the polls. And the outcome of this cross carpeting as we have all come to see presents avalanche of lessons to all students of politics.

These lessons range from underscoring importance of efficient internal party politics, to an affirmation that political power is vested in the people, possibility of conducting credible elections in Nigeria and Influence of international community on local politics.

First, effective conflict management is pivotal to the smooth sailing of any political party’s ship. Any party that cannot manage internal crises borne out of a conflict of interests, marginalization, factionalism will have its ship run aground. In Edo State, APC paid the supreme price of losing their rein of power to the opposition due to its inability to resolve internal wrangling chiefly between the incumbent governor and his predecessor. Although once bitten, twice shy but perhaps, APC do not just learn from mistakes. The same turn of event was the case at the last general polls in Benue State where the governor, Samuel Ortom, grievances on the failings of federal government led by his party then, to manage the heightened insecurity in the middle- belt region ill-addressed approach saw him leave for the opposition party where he emerged victorious against APC’s candidate. It is now clear as crystal that inefficient party structure in Nigeria would amount ultimately lead to defeat at the polls.

Another lesson worthy of note from the Edo election is that power belongs to the people who vest it in any candidate of their choice. In what turned out to be a re-echoing of Section 14(2) (a) of the 1999 Constitution (as amended) which  Provides that; sovereignty belongs to the people of Nigeria from whom government through this Constitution derives all its powers and authority;… the people defied all odds, namely;  delayed delivery of election materials; heightened fear of electoral violence; long queues etc. to  exercise their franchise and vote in Obaseki for a second term notwithstanding the character in assassinations, allegations of certificate forgery and counter allegations that permeate the political air. In figures, there was a valid vote difference of 84,336 and a 13–5 local government area victory. This pass across a simple message, when the chips are down, the people make their choice.

In addition, although Edo election has come and gone, the modicum of confidence Nigerians now repose on Independent National Electoral Commission (INEC) as an aftermath of the election signals hope for our electoral system and democracy. Prior to the Edo election, Nigerians doubted INEC to conduct a credible, free and fair election. In fact, many online users predicted an inconclusive election, the conclusion of which will not reflect the will of the people. However, contrary to widespread cynicism, the election was by all reasonable standards credible and fair. Most commendable is the innovation of INEC, which boosted transparency by the use of technology to upload early results on its website. This allayed the fear of electorates and observers that they could doctor original results during collation.

In recognition of this applaudable innovation, notably, the Nigerian Bar Association (NBA) adjudged that INEC had an almost 100% non- interference with election outcome. With impressive feedbacks and applauds, INEC should realize ensuring fair play in all elections is a potent way to warm its way into the hearts of Nigerians.

Without prejudice to an undermining of Nigeria’s sovereignty, we cannot downplay the role of international community in any fair assessment of the Edo gubernatorial election. For a long time, developed and developing countries have played the role of watchdogs in ensuring democracy thrives globally. Such roles may warrant imposing visa ban on corrupt leaders of other States among many other measures. In fact, this is the bedrock of African states’ ongoing effort to ensure democracy and normalcy returns in Mali.

However, UK and US took a rather unprecedented approach in the buildup to the election. While the US issued a ban on certain Nigerians they adjudged to have engaged in electoral irregularities in the Kogi and Bayelsa gubernatorial election, the UK similarly threatens to impose same punitive measure and possible prosecution under international law on whoever engage in this ugly undemocratic act in the Edo election. Although imposing visa ban on Nigeria isn’t new, doing so on the grounds of election irregularities is. In effect, this significantly made political gladiators who could have thrown all caution to the wind to ensure victory for their respective parties lie low and maintain decorum. As a global lesson hopefully, all states will embrace strict resistance and zero regard for whoever they find guilty of undermining democracy or democratic values.

Since regret is an appalling waste of energy, I might as well not belabour it. But APC has a lot to regret, especially as it has dawned on them they will have to wait till 2024 before they get another shot at power (that’s if Obaseki doesn’t decamp). Now, they will appreciate the need to have made up a fair reconciliatory panel to resolve the crises when it all began. Now that’s too late, sadly they will have to admit that politics is local—therefore, different strokes for different folks–and understand the mantra; Edo no be Lagos.

In conclusion, as Nigeria celebrates its 60 years of Independence its prime time we as a nation returned to the boardroom and chart a course for our progressive social, economic and political development. We should at this critical point in history learn lessons from our past mistakes and be ready to do better. Thus, religiously living out our motto: unity and faith; peace and progress. Enough of trading blames and regrets. 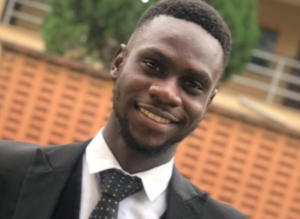