“Nothing strengthens authority as much as silence” – Leonardo da Vince.

Early April 2017, under ruddy contemplation of societal breakdown; the first campaign sprouted. The vehemence slowly building like a sea storm, the awareness spreading like wild fire, from the over populated streets of twitter to the congested residential areas of average citizens. The clouds have begun to gather, those guilty of laundry have begun to gather their garments.

Truth must be told “it is either you become the rain or leave the way “. while the clouds gathered and the sun began its journey away from the skies, a  lot of people failed to read the bold handwriting on the wall. The unpropitious deeds still found way and the citizens became victims at all levels. The severity of those meant to abide by the law progressed for a long time till the belt snapped and the wheels in the engine of the nation stopped. The clouds have gathered, the sky rumbles like a man with an upset stomach, the panic is demonstrable on all faces.

While the clouds assembled and the sun began to move away, let me take you to –

BEFORE THE THUNDER CLAP

At first, in the early period of the year 1820, the Police Force of Nigeria was birthed. The police force of the then Lagos colony was established first in 1896 under the colonial masters of English dynasty.

The aim of this early organization was simply to ensure internal safety in general, penitentiary, immigration and custom duties as well as the execution of military duties in and outside the country. The major population of this early Nigerian police housed a lot of British officers than indigenious Nigerians. This officers, more at the helm of policing affairs saw to it that British interests were propagated.

The indigenous Nigerians that were part of the police at that time were fed with the orientation of securing and protecting the unpopular British government officials from the ever growing wrath of Africans and the quick sweeping gust of nationalism.

A more original force was established in the year 1930 with a Nigerian at her helm. However, the sad orientation and trainings given to the police didn’t change that much to grasp the true fact that a police service’s primary duty is to secure the citizen instead of working as stooges to VIPs.

This unfortunate turn, will continue later to haunt the Nigerian system constantly till; maybe when the whole structure is ripped apart and a much modern structure is devised.

As time progressed and the new states were acquired, the population of the young nation bloomed and attention needed to be shifted to the people as security needs began to surmount. The Nigerian police became more distinct in local disputes, crime bursting and community service. The ever increasing needs triggered the creation of other varying units and departments to cater for other unique needs of the Nigerian people.

However, at an ugly dead-end, nearly all the various units of the police force have all failed to recognize their primary duties and the need to respect the average Nigerian citizen despite the motto of the force that says, “The police is your friend”. The initial orientation and the gross ignorance gorging up the system is leading to a decay in this security system that the citizens are not entailed to adequate security rights and if they must, they will be bound to pay for these services differently. This is the reason for the hike in police misconduct, bribery and corruption, favouritism and neglect amongst other evils in the force.

This, at this moment brings us to another phase…

In the last few days of the epic year 2017, the Nigerian singer Runtown made the first EndSars hashtag on Twitter. This marked the beginning of the collective voicing as several victims of police brutality began to recount their shocking encounters with this ruthless and brutal unit of the Nigerian Police Force popularly called SARS.

7th October 2020 saw the first EndSars protest march become a reality from the online streets of Twitter to the overcrowded streets of Lagos. Collectively, hundreds of young Nigerians lifted up their hands in strong solidarity and protested against police excesses, brutality, extortion and murders which as claimed their brothers, fathers, sisters, friends and other loved ones.

However, the short sighted leadership of the nation failed to see beyond the protest and address the rising issues immediately. The protests swept from Lagos to other states of the federation including Enugu, Rivers, Anambra, Edo and the FCT amongst other states.

The wide international attention the campaign generated also proved the vehemence of the youths as mighty media houses like CNN, BBC, Al-Jezera and The Sun bore details of it. Great personalities in leadership, entertainment and sports all over the world aired their views in support of Nigerians as the protests progressed and turned more bloody.

AFTER THE THUNDER CLAP

It is known that after the thunder claps, the winds that brings in the storm is expected.

The aftermath of the EndSars protest across the nation is yet to wear off. There will be no mincing of words to say that this protest that gathered widespread attention was only targeted to end the controversial police unit. The 5 for 5 demands of the protesters exposes the fact the youths needed more than the disbandment of the unit. They wanted a total reform of the police, they wanted the government to respond intimately with them, they needed responsiveness and sadly, the present leadership of the nation has failed to see that or has chosen to turn a blind eye.

Citizens all over the country are beginning to realize the power they possess and the need for them to set things right at this time. People have begun to review and comprehend the totality of their fundamental human rights and how it affects them all round, young persons are also waking up to political participation and political awareness, the need for voter’s cards are being emphasized by enlightened persons to the youths. Calls have been to recall lazy and unbecoming legislators in both the state and the national houses of assembly. In overall estimated statistics, political interests amongst average Nigerian have increased by almost 80%!

This evolution is the major reason why the government must become as responsive as ever to the populace. The demands of the people concerning the protests should be implemented as quickly and efficiently as possible.

Currently, the nation is gradually degenerating into a state of anarchy. However, the government must not use this as an excuse to further meting out negative advances to the public for the will of the people must always prevail. The government should ensure that they do all within their power to win back the trust of the people by becoming fast paced in positive decision making. Erring members of the unit and the police force in totality should be brought to book and this should not be done behind the eyes of the people.

If the storm must abate, then justice must prevail. Quick steps must be made to absorb citizens back into the society and making them live with purpose again.  They government must focus on the people’s interest now or run the risk of losing popularity and legitimacy amongst the people.

If the storm must abate, the rainmaker remains one man who must possess a pure heart to influence the course of nature or the sweeping storm will wash him away and the waters will dominate the land. This might be the new story of a new Nigeria and the generation that never stooped. 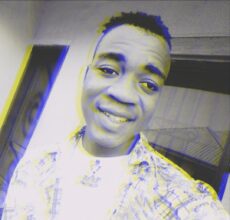