Domestic Violence (DA) is a global issue that has affected millions of people around the world with Nigerians not being excluded. The Cambridge Dictionary defines domestic violence as ‘the situation in which someone you live with attacks you and tries to hurt you’, while the Oxford Dictionary of Law (9th Edition) describes it as ‘an incident of violence, threatening behaviour, or abuse (psychological, physical, sexual, financial, or emotional) between adults who are or have been intimate partners or family members, regardless of gender or sexuality.

Before analyzing the general outlook of the average Nigerian to this menace, it is interesting to note that most Nigerians think of physical abuse alone as the meaning of domestic violence which leads to the surprising perception they have about domestic violence in its entirety.

While most victims of domestic violence in Nigeria are women, a number of their male counterparts are victims too albeit fewer in number than the females.

In this article, the analysis focuses on the average Nigerian perception of domestic violence between partners while linking it with the probable causes and then offering possible solutions to the problem. Let us consider the many forms of domestic violence being experienced in Nigeria today in line with the topic being discussed.

Physical abuse include hitting, slapping, biting or the use of objects to cause harm. Often, when a woman is beaten, battered and bruised by her husband, her family members (especially the ones benefitting materially from him) do encourage her to continue to endure while excusing the man’s reckless attitude by asserting that it is the nature of a man to be violent.

In the Nigerian family system, a man is regarded as the unquestionable head of the family whose decisions are final. This further gives most uneducated men who misinterpet the meaning and context of the word ‘head’ the liberty to administer despicable corporal punishment on their wives.

A woman who is separated from her husband is often looked down upon by the society without knowing what led to the separation. In the western part of Nigeria, it is common to hear people advice women facing extreme physical abuse to endure everything and stay put since she is suffering for the sake of her children. This subtle idea of using a woman’s natural affection for her children further empowers some men, rather dangerously, to continue with impunity the physical abuse of their wives.

On the other hand, it is a thing of shame amongst Nigerian men to hear that a man was beaten by his wife, the vague perception that a man should never be dominated in any activity that requires strength by a woman further pushes such men who are victims into their shells with no one to talk to about the problem.

Verbal abuse is the use of words to hurt someone else. Research shows that women speak more words daily than men, and as the Holy Book says ‘when words are many, transgression cannot be avoided’. With that, it would be expected that men are the only victims of verbal abuse, but facts show that both genders have been victims.

It is common to hear some Nigerian women while quarreling with their husbands tell them how worthless they are for failing in their roles as family heads in providing adequately for the material needs of their households.

To outsiders, these words are often viewed as necessary to spark the man to life and be more active, but to the man who is trying his best, these words lead to low self-esteem, depression and sometimes suicide.

Undoubtedly, infertility is the leading cause of verbal abuse among women by their husbands. Statements such as ‘You are good for nothing’, ‘I never knew I got married to a fellow man’, and ‘Maybe you have destroyed your womb with abortion before I met you’ are often heard. Relatives of the husband most times do not help matters, rather they complicate issues by levelling the same or even more ridiculous charges against her, sometimes insinuating that she might be a witch who is eating the babies she ought to conceive.

Such words are like the stab of a two edged sword especially with the fact that the problem of infertility might actually have been from the man. So, the common perception is ‘a home without kids is empty, therefore, find a way to have child in order to stop the verbal abuse from your husband and relatives.

Sexual abuse is probably the least talked about in Nigeria. Some women have been raped or have had to endure sordid and degrading sexual acts from their spouses. When such issues come to limelight, the popular response by many is that it is the man’s right to demand for sexual intimacy anytime, anywhere and anyhow he feels like.

Consider this scenario: A man has to cough out a million naira as bride price for a lady he wants to get married to despite not being financially buoyant, he also had to purchase items for the bride’s father, mother and siblings. After spending all of this, he might feel that he has bought the woman and so she must do everything he asks for even if doesn’t please her.

Sometimes, “well meaning friends” of the woman might encourage her to persistently endure such abuse else she risks making the man become promiscuous. So, in a bid to satisfy her husband and “save” her marriage, she is reduced to a sex slave and loses her dignity.

“A woman has no religion” is an expression I often hear even among some Nigerian women. A woman is often expected to join her husband in his religion or denomination. During courtship, the man might have been lenient and even promised to allow her practicr whatever form of worship she desires. But after the wedding, the promise no longer holds water. If she can’t be coerced into changing her religious convictions to that of her husband, she might be deprived the opportunity of teaching the children about her beliefs. When a woman is forced to change to her husband’s religion against her wish, that is spiritual abuse, such abuse is even viewed as normal but on rare occasions when a man changes to the beliefs of the woman, people often say that he has been placed under a spell. Little wonder then that many people prefer to marry within their religious/ denominational cubicle.

In conclusion, the causes of domestic violence are often poverty, lack of a high school education, witnessing family violence, alcohol abuse, low self worth and attitudes of male domination. In order to prevent continuous occurence, economic opportunities should be provided, schools and religious centres should organize programs that promote prevention of abuse in relationships, strict legal actions should be against offenders and religious leaders should impose stricter measures on members who are unrepentant abusers.

Hopefully, the narrative will change and the average Nigerian would learn how to abhor all forms of domestic violence in its entirety without any reason to justify them. 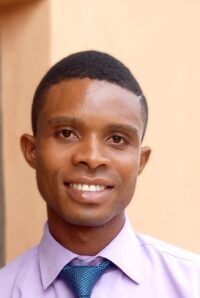