Home Essays FG Vs ASUU: The Conscious Efforts Needed For A Better Nigeria by...
Post Views: 12

Quintessentially envisioning the necessity for a better education sector in Nigeria, it is now perplexing that the tussle between the Federal Government (FG) and the Academic Union of Universities (ASUU) has caught the attention of all Nigerians – the young, youths, and aged. The search for plausible ideologies to address the recurrent differential quality of education in tertiary institutions, the pursuit for lasting solutions to the observed retardation in the calendar system of government-owned schools, and the quest for effective ways of funding citadels of learning have erupted the urgency of this essay.

Although Nigeria as a nation came into being in 1914, it was not until 1934 that the first form of higher education institution, Yaba Higher College, was established. The nation had to wait till 1948 before her first university, University of Ibadan formerly, University College, Ibadan (UCI) came into existence. In the course of ensuring rise in quality of education in the country and to defend the interest of lecturers, Academic Staff Union of University (ASUU) which was a subset of the Nigerian Association of university teacher formed in 1965, gained sovereignty in 1978 and began to operate as a union that fights for the right of her members.

To ensure the smooth running of the education sector, there have been series of clashes between FG and ASSU. The disputes that have been enumerated for negotiation by ASUU and which shall form the foundation of this preachy and advisory essay are the following: proper funding of tertiary institutions, payment of salaries, conclusion of renegotiation of the 2009 MOU with regard to conditions of service of the running of universities, payment of Earned Academic Allowance to ASUU members, and call for unwavering swimming out of the ocean of conflict to bury the hatchet between FG and the university lecturers.

Going forward, the chronicle of tertiary education in Nigeria will be an incomplete chronology and an incomprehensive narration without attributing to series of strike actions after failed attempt to negotiate ASUU demands with FG. From the inception of democracy in the nation in 1999, it is a new normal that every president must encounter the worriment of an industrial strike action demonstrated by trade unions, most especially by the Academic Staff Union of Universities (ASUU). Nevertheless, industrial strike action was initiated to be a solution to resolve the conflict of interest between the employee and the employer on certain issues such as working condition, remuneration issues or terms and condition of operations, none payment of the earned allowance, inadequate funding of the university system and so on.

Sadly, collating data from 1999, the Academic Staff Union of Universities (ASUU) had embarked on strike for about 4 years and 2 months in all since the return of democracy in 1999. This means that over 4 years have been lost to strike actions in the last two decades as a result of disagreement between FG and ASUU over protracted series of issues. In fact, the recurrent disrupted academic calendar is causing differential educational settings in higher institutions, hence the observed disparity in the quality of education which ought not to be. This has also subjected the students to face many challenges like loss of interest in education, involvement in social vices like robbery, kidnapping, rape etc.

On November 4, 2018, ASUU embarked on an industrial action for three months which was due to the same reason as previous years. The most recent industrial action commenced as a two-week warning strike on March 9, 2020, after a disagreement with the Federal Government over Integrated Payroll and Personnel Information System and other issues relating to university funding. The ASUU chairman, Prof Biodun Ogunyemi said it was unfortunate that instead of taking the advantage of the two weeks warning strike to show commitment towards the implementation of the 2019 Memorandum of Action, the Federal Government had continued to blackmail the union and engage in misrepresentation of facts aimed at misinforming members of the public on the agreement.

A sacrosanct factor associated with the tussle between the university lecturers and FG is perpetual poor student performance and productivity. Having to be on unplanned break for a long period, resuming work will be a little daunting challenge on the part of the student considering the fact that they were not involved in any academic exercise during the strike. This will lead to students failing woefully in their academics. No doubt that all these do not only affect the tertiary educational system but have also soiled the name of the country in mud when place in scale with other universities in various countries of the world. No more time to waste time, FG and ASUU need to take conscious efforts needed for a better Nigeria.

Without mincing words, pointing out that the Nigerian university system calls for revitalization as it is being vociferously verbalized by ASUU, needs no further contention. To be concise, the infrastructural decay being experienced in schools is monumental. Furthermore, the paucity of unrivaled learning, exceptional research resources, and first-class teaching including those that could have facilitated virtual classes during remotely operated schooling, calls for alarm. The following approach should be adopted by the FG as conscious efforts for the better running of universities and to cater for the demands of ASUU.

The government must lead the forefront in demonstrating key interest in education. One of the pressing problems of Nigeria’s higher education system remains the severe underfunding of its institutions. The Federal government, over the past decade, has not significantly increased the share of the government budget dedicated to education, despite exploding the number of students admitted annually. The implementation of a rigid law should be established to mandate the government to allocate 10 trillion naira minimum on education every year. This will help to cater for the smooth running of schools, as well as proper funding of tertiary institutions, payment of salaries, conclusion of renegotiation of the 2009 MOU with regard to conditions of service of the running of universities, payment of Earned Academic Allowance to ASUU members, to mention but a few.

Even though FG has a lot of duties to play towards ensuring the education sector in the nation is top-notch, the Academic Staff Union of Universities must also be corporative in this noble course. Learning from the components of trees which are unified in their functions for corporate growth, ASUU needs to work in unification with FG to continually come together and usher the education sector into greatness. We cannot ignore the fact that the government has been consistently giving out scholarships annually to considerable number of deserving students in the nation for some years under the umbrella of the Federal Scholarship Board. [1] There are still elements of hope that with time, the impacts of the government will also be felt more and better, provided there can be an intentional approach by people in power.

The government must also revive the responsibilities of a crucial body – Tertiary Education Trust Fund which was established to be the backbone of institutions of learning in the country. There is a need to resuscitate TETFund to carry out the construction and supervision of buildings to meet the maximum student to teacher ratio of 20:1 as postulated above.

Little wonder, the student to teacher ratio in Norway is about 9:1.[2] Sadly, the University of Abuja and Lagos State University, for instance, reportedly has on average, lecturer to student ratios as high as 1:122 and 1:114 respectively.[3] The government henceforth must ensure that the number of students to a lecturer does not exceed 20. This will help to limit the over-stretching of the facilities in government-owned schools. Consequently, there will be no reasons for ASUU and FG to drag it out on issues concerning inadequate structures in schools.

In conclusion, the words of Nelson Mandela that “education is the only weapon that can be used to change the world” should be treated like gold. However, various strike actions resulting from lack of intimacy between ASUU and FG have caused a decline in education, and the students have been on the receiving end. It will be a great joy if the aforementioned solutions are embraced and measures are put in place by lecturers to fight for their rights, and the inadequate funding of tertiary institutions, without leading to the closure of the institutions or cessation of academic activities. Without any iota of doubt, both the federal government and the university lecturers must see the building of the education sector as a collective assignment that should be done intentionally and with patriotism. 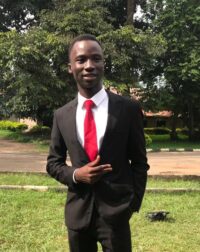 Varsity Poor Funding And The Need For Investment In E-Learning.

COVID-19 Pandemic: The Unveiling Of The Future Of Education by Folarin Oluwatimilehin.