According to WHO, an average of 800,000 people die every year due to suicide making it approximately 2,192 people that die every day. 38 countries report having a national strategy for suicide prevention. 80 countries have good quality vital registration data on suicide.

Suicide is the act of intentionally taking one’s life as a result of mental disorders due to so many underlying factors. In 2019, we were all aware of the rate at which people took their own lives.Life has it’s ups and downs we should not be decieved into thinking people we see now doing wonderful things, inventions did not pass through tough times. People killed themselves that year due to boyfriend issue,some because of their results and so many other things.They all wanted to take a quick route out of the situation. And they laid their lives down for sniper, an insecticide.

A brief research into this insecticide showed that it’s active ingredient is 2,3-dichlorovinyl dimethyl phosphate (DDVP). This DDVP is classified by WHO as a class IB meaning,it is a “highly hazardous” chemical (WHO 1992).The snipper contains 100gL of this DDVP. The snipper has been confirmed to kill insects on contact or through vapour action.

A person who is attempting to commit suicide,gives these six basic signs, according to the National Alliance on Mental Illness

It is not a bag thing to be alone or want to be alone. In fact,great things and inventions we’re things that were borne in the secret.An ovary of a female that produces a whole child is fertilised in the secret. It is good to be alone but that does not mean you should do that for a long time. A once jovial person starts to withdraw himself or herself from people and starts to walk alone. This means this person has to be checked.

A person behavior tells so much about who a person is. Once a person starts having suicidal thoughts it is like an HIV virus. The HIV virus breaks down the security of the immune system. The immune system is then not able to fight diseases and then the infected person starts to battle opportunistic infections like headache,cough and so on. This person has been weakened so cannot fight back. The person therefore cannot put his or her emotions in check. So the person starts to act impulsive to any slightest provocation.

INCREASED ALCOHOL AND DRUG USE.

Some people believe that when they get “high”, they forget their problems. They then submerge themselves into high alchol intake. They also take drugs, cocaine, cannabis and so on.

One of the opportunistic infections, that use the ladder of suicidal thoughts to climb into a person’s life is erratic mood swings. Like a pregnant woman, the person is happy this minute,next minute he is crying at the other he is angry. When we see people with this trait around us we should not take it with levity, we should try to get help for the person.

THREATS OR COMMENTS ABOUT KILLING THEMSELVES

This is more common now in the social media age. This is when people just sit down in their house with their mobile devices body shaming people and bringing them down. A slender person they say you are too thin, a plus-sized person they say you are too fat, a tall person they say something else and the list goes on. People that are victims of these already know that is who they are,things they can’t change about themselves. They then take to their social media pages to post threats of killing themselves. People should please stop body shaming, that is who they are,they can’t change it.They are unique that way.

TALKING OR THINKING ABOUT DEATH

The moment you sit with someone and all they talk about is death and wonderful it is for a person to die and be free from the world troubles, you are looking at the next suicide case. A man thinks and talks about what is of value to them. Where your treasure is that is where your mind will be also. When a person thinks and talks about death,his treasure is in the grave yard.

Suicide is not just something you should do, whatever that happens in this life does not worth your life. You are special, unique created to fulfill something wonderful on Earth. Those great people we see today we’re not people that did not have challenges. They were people that decided to make the best from those bad situations. Please, do not allow your mind play mind games at you that you are the only one passing through tough times. No! Tough times do not last but tough people do.

Do not sacrifice your life on the altar of suicide! It does not worth it! 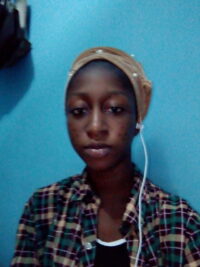