Home Essays Our Generation Is In Trouble by Oluwatimilehin Folarin.
Post Views: 57

It was a bright Saturday. I had no reason to go to work, and interestingly, I found myself in my pal’s house, David. While I was busy staring at the football match on the television, David gave an undivided attention to what he was watching on his phone. He was hungry yet, he tarried there. Gently stretching his hand, he targeted a pillow nearby to put on his laps to control the direction of the erected dick he didn’t want me to see. “What is happening to this young lad,” I kept brooding as series of contemplating thoughts rushed down my memory.

David, who was soaked in the videos he was watching, opened his mouth, pulling out his tongue slowly, and striking it romantically against the upper jaw. I summoned courage to ask him what was going on. He said, “Have you not heard about the latest trending hot challenge on social media?” “Omo, this silhouette challenge is the hottest ever,” he added. “Come and take a cursory look at the way this gorgeous babe is romantically winding her bare body by a doorpost in a red background,” he further stated. Putting my head down in sadness, I uttered silently to myself – “our generation is in severe trouble as sexual perversion is intensively displacing sexual purity.”

Each silhouette challenge video is accompanied by a romantic song that was recorded in 1958 but released in 1959, titled “Put your head on my shoulder by Pail Anka.” Shortly, the tune in the video transits and ends with the song – ‘Streets’ by Doja Cat.

Learning from Wikipedia’s explanation of nudity, it states, “Nudity is a state of being in which a human is not wearing clothing or precisely, not covering the genitals.” I wonder how a 20-year old David derives pleasure in watching ladies who are displaying all or part of their naked body in a red background under the umbrella of a challenge in which the desire has long-lived in them, they just waited for the time to unleash the sexy twisting of their ‘figure 8’ to the public. Ignorantly, someone somewhere is losing his consciousness and entangled till he becomes a porn addict. We need to save our generation from the trouble of the magnifying increase in sexual perversion that seems to have come to stay.

Just as my father would say, “three decades ago, if you dare mention ‘porn, nudity,’ or other similar words in any social setting, people will see you like a spoilt child or an entity that was disowned by his/her parent, and lacked home training. Unfortunately, even children of leaders of faith-based organizations are now found not only watching sexual content on social media but also, engaging in it. Today, with the global accessibility of the internet and the ‘pornification’ of social media, nudity is no longer taboo. In fact, you will be seen as abnormal or outdated if you are not interested in sexually arousing content like Silhouette challenge. It is pathetic that our generation is not realising the trouble this has pushed humanity into, and if care is not taken, the future generation will suffer more.

Reason for the trouble

In a statement made by Dr. Laurie Betito of the Sexual Wellness Center, he discoursed that, “People are looking for more realistic depictions of sex which is the reason they take the slightest opportunity to actualise it.” Now, by sitting down in a corner of a building, with one or two clicks, a person can be absorbed in an endless world of the most dangerous pornographic images/videos in every possible genre.

How do we get our generation out of the trouble we put ourselves?

One critical step in preventing the cankerworm of nudity in our generation is by addressing it from the grassroots. First, kids should be discouraged from watching TV, or using phones secretly. From childhood, parents must make conscious actions in ensuring that their children do not watch movies that promote sexual impurity. Every parent should take up the responsibility of preventing their kids from getting entangled with contents that can pollute the mindset. If this can be attained, then to a large extent, the possibility of witnessing the appearance of silhouette challenge and its equivalence will be minimal.

Also, sex education is very vital during a child’s upbringing. Many people do not have proper knowledge about the consequences of exposing their private parts, and as a result, they do not see anything wrong with it. World Health Organization describes sex education as the act of developing and strengthening the ability of young folks to make conscious efforts towards healthy, respected, and morally accepted relationships, sexuality, and emotional control. As my mother would say, having sexual feelings is not bad, but do not awaken love until it is ripe. Just as the Holy Bible says in Ecclesiastes, there is time for everything under the sun; there is also time to express your sexual satisfaction with your wife when you are married. However, many youths want to taste out of the ‘fruit’ before the appointed time.

Furthermore, conscious efforts must be geared towards what you watch. Ensure you are accountable to someone and do not allow pressure from friends, trigger you to record yourself when you are naked for public display. Resist and flee away from all appearances of public display or secret watching of nudity even if it is in dim or red light.

In conclusion, whether we like it or not, social media has come to stay. All the same, sexual feeling cannot be sidelined in human existence. Nevertheless, if proper structures are being put in place and the masses are adequately educated, rather than putting the generation in trouble of addiction to nudity and sexual content, sexual purity will be the order of the day. We are in a world where many occurrences are becoming new normal, so much that no one needs to reiterate it any further that our generation is in trouble. But as much as possible, nudity on social media should be restricted and limited, if not curbed for the sustenance of the moral standard in the land. 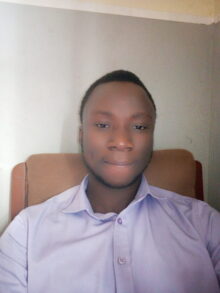