I could as well be the worst human alive. At some points in my life, I think I  am the person that has committed the most sins: very unforgiveable sins. I attended a boarding secondary school at the outskirts of Enugu State. Growing up, I believed my parents sent me there to get rid of me. I was a nuisance in the community; I went about stealing what belonged to other people, I picked fights with everyone and anyone that seemed defenseless to me, I insulted elderly people, snatched lollipops from babies. My parents couldn’t bear the shame I brought to the family. They decided to send me away to the boarding school. I cried so much at first but later decided to pay them back. I was a rebellious child.

In school, I continued my bad behavior. I fought all my teachers and fellow students. I did not attend classes, I intentionally wore the wrong uniforms at all times, I smuggled food out of dinning. I was just a very bad student. Nobody wanted me as a friend. Every mother warned their children about me. I was labeled, ‘’bad influence’’. Everyone avoided me like a plague. Everyone except her.

Her name is Silver. She was a girl in my class, about the same age as me. I noticed she was not always distant. She usually greeted me in the morning, asked if I had problems with my assignment, volunteered to get me to the school nurse whenever I felt ill. She was always there. I didn’t like her at all. She was a very brilliant student; her result was the best in the class. She was very punctual and neat. I always wondered what made her take an interest in me. Today, I am very happy she did so.

While in secondary school, Silver convinced me to join her in attending some Christian programs organized by the school church board. At first, I was obstinate. I did not want to be a part of any of it. I did not like the idea of church. My parents are Christians but that did not make me one. I saw Christianity as a waste of time. Why on earth should I wake up every Sunday morning just to rush off to church and listen to my fellow sinner read from a book we all do not know who authored? All these did not sit well with me but because since Silver seemed relentless, I went along. That was the one push I needed.

On my first day in church, they served refreshments at the end of the service. I was happy to have some free food to eat. They promised to serve something even better the following week. I loved the idea so I decided I would be there. On the agreed date, I dragged Silver to church. I was just very much fascinated by the idea of eating something better than meatpie and chilled coke at no cost at all. Silver kept laughing at me. She knew she had made a right choice. Towards the end of the program, there was a drama presentation. It was presented so well that it gave me sleepless nights. It was a drama presentation on rapture. It talked about sinners not making it to heaven but rather being tortured by antichrists here on earth. Few weeks later, I got over it.

Silver and I developed some sought of friendship. We started walking together, eating together and even reading together. She was the only one I could listen to. She calmed me down every time I was angry. She talked me out of picking fights and even pulling pranks on my teachers. I graduated with a better result than I expected, I made good enough grades to be admitted into the university. My parents saw the remarkable change in me and became very fond of Silver. Silver and I continued in friendship even after our tertiary education. We were almost inseparable. We lived together although we worked at different establishments. There was still something about me that Silver did not know.

There are some habits that die hard. I had stopped fighting at the time. I even respected elderly people, I went to church on Sundays and even sometimes during the week. I was becoming a better person everyday but I still had this one skeleton in my cupboard. I was an alcoholic, but that was not the worst part. I was dying and I did not want anyone to know.

It all happened so suddenly. I started drinking in the university. It was my way of bottling up my pains. Since I could not fight anymore, or insult people because Silver said it was wrong, I decided to start drinking. At first, I took just a few bottles a day. It escalated to too many bottles and now, I am hardly without a bottle. Silver got tired of nagging me out of it. She always talked about how I was destroying my life but I did not take it seriously. I toyed with my life until I got the consequences of my actions. Just two years after I took to drinking, I was diagnosed with kidney failure. I harbored this alone until the symptoms became very evident. I was eventually rushed to the hospital .The doctor said I needed a transplant.

My parents cried and reminded me of how rebellious I was. They called me all manner of names. They said I was wicked because I brought them nothing else but pains. The doctor had tests carried out on them but none was a suitable donor. I was left with no hope in sight. I knew the end had come for me. No one deserves a happy ending; not someone with as many wrongs as I had. I did not even deserve a second chance. I did not deserve forgiveness. I was ready to die and face my punishment in hell. I smiled when I remembered the drama on rapture I watched while still in secondary school. I was finally going to face my own antichrists. I was ready to go to hell. I was just not ready for the news I got a few hours later.

Silver volunteered to take the test. Turns out she was a match. I could not believe my ears. Who exactly is this girl? All my life, I always heard of guardian angels. I did not believe in them, I did not believe in miracles. Silver was all it took to make me believe. She was my guardian angel. God sent her to me here on earth. I had done a lot of evil but somehow she always saw the good in me. I deserved death: for all the things I ever stole, all the pranks I pulled, all the insults I rained on people. What I do not deserve is this angel I got from God; my very beautiful friend, Silver.

Egegbula Uchechi Prisicillia, a student of University of Lagos, studying Home Economics Education hails from Abia State. She loves reading and can be reached via uchechipriscillia@gmail.com 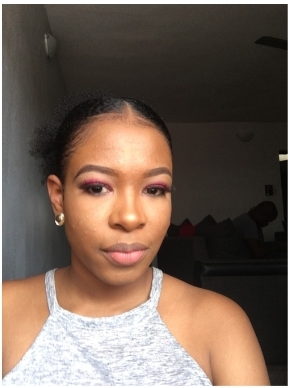 An Undeserved Gift by Humble Ogbonna.

A Friend To Meet by Sodiq Saberedowo.