Home Essays The Story Of My Life by Eunice Abiodun.
Post Views: 0

I was given birth into the family of five. My mother was a petty trader and my father, a school teacher. When I was born, my paternal grandparents welcomed me with open hands but it was the other way round from my maternal grandmother. My maternal grandmother had told my mother that she mustn’t marry into a poor home because she wouldn’t want any child coming to her to ask for financial assistance. Rather, she wants to be pampered by her children, most especially, by her first child. Unfortunately, my mother was her first child and it was seeming as if all her dreams of being pampered will not come through. So, with that hatred, she refused to attend my naming ceremony and she refused to perform her motherly rite of bathing her first grandchild.

When it was time for me to go to school, my father made it clear to my mother that he cannot sponsor a girl child to school. Shocked by that statement, my mother decided to take the burden of sending me to school. Meanwhile, I already had a younger brother. My younger brother became the apple of my father’s eye. In fact, a ram was slaughtered on his naming ceremony which on my own naming ceremony, only biscuits and pure water were shared. Even as young as I was, I knew that a rival had arrived. But fortunately for me, my paternal grandmother noticed the hatred my father had towards me and she gladly took me to away from them. Unfortunately, it was an ephemeral happiness as she died while I was in form three.

I had to return to my parents. At that point, my mother felt I had acquired enough education, so, she didn’t see any need to send me to school. Her focus was transferred to my younger siblings- two boys. But I was determined to further my education, so I applied for a petty job to be done after school hours so that I could sponsor myself. My father saw this as an insult, so he threatened to send me out of his house if I applied for the job. I took it jokingly but just as he had threatened, it happened. I ran to my mother, but she also pushed me away. I became frustrated. So, I had to go to my maternal grandmother’s house, which was a stone throw from our house for help. I was not surprised when she used a long stick to send me out of her house and told me never to set my feet in her house.

Sorrowfully, I resumed to the place I had applied for a job as I was offered the job. My plan was to resume back to the house very late at night to sleep in the passage, after all, my father owns the house. But very early, I would bathe and leave the house before anyone notices. Meanwhile, my parents had stopped feeding me because I took up the job. Sleeping in the passage was also short lived, as my immediate younger brother reported that I do come home late at night to sleep and wake up very early to leave the house. Fortunately for me, I was in my final year in school. I wrote my final examination. Despite all the ill treatment, my result was the best. In fact, my class teacher refused to give me my result as she proposed that she would give it to my parents directly so they could have a change of mind and realize I have a very bright future.

When she got to my house to spread the good news, my father thinking she had come to beg him to consider sending me to the university, which was her intention anyways, tongue-lashed her. My mother also joined in insulting her. Then, I decided that if schooling would be impossible, then, trading should be possible. I ventured into selling pepper which became a very successful trade for me as I had more than enough. When my mother was told about it, she said over her dead body would I make it above my siblings. It was then, I fully realized that if I do not act fast, my life will be ruined. I had to leave the village for Lagos.

Meanwhile, she had gone to a witch doctor to inquire about my destiny. It was foretold that I must never marry a man who is not from my village and my state because if I do, she would never see me again. She was scared I might not listen to her. So, she exchanged my bright destiny for my  immediate younger brother’s. At least, if the bright destiny is exchanged, then she has a hope that what would have been all mine in a far away place will be enjoyed in the family.  So, I was left empty.

When it was time for marriage, I took my fiancé home for them to see. But my mother blatantly refused my marriage to him because he is from another state. I accepted her idea which did not go well with me. Another suitor came. This time around he was based abroad. He had only come home to see his parents when I met him. Joyfully, I took him home with the mindset that she will be so happy to receive him as her son in law to be. But reversed was the case, she got furious and told me never to marry him. I also lost him. Unfortunately for me, I met a pauper who was from my state but not my village. Out of desperation, I told her bluntly that he was the one I would marry. She refused as usual but I had my way. Few years after marriage, my husband died. I was left alone with four children to cater for.

One thing I observed so well was, whenever my parents fell sick, I would be summoned home to take care of them as they were old already. In fact, my maternal grandmother also ceased the opportunity to call me home to take care of her when she was also sick. As a good daughter who forgives easily, I would go home, take care of them at the expense of my home, because I wanted their hatred towards me to be converted into love. In the long run, my mother died of hypertension; only if she had taken care of me, I would have taken her to the hospital for better treatment. My father sensing death so close to him, decided to share his property among his children. I was glad that at least he would compensate me for his past wrong attitude.

On the day of sharing his property, to my utmost surprise, my immediate younger brother was the one sharing while my father watched him. I was given the least share. I  complained about it but instead of my father answering me, my immediate younger brother told me if they were to mention my father’s children’s name, my name would be missing because as it is, I was married and have become a widow, and no longer bear my father’s name. I looked at my father to see if he complied with what he said which he did. I had no option but to accept the fact that my father, though he is still living in the 21st century, still has the ancient cultural and societal value that depreciated the life of his one and only daughter.

Right now, I go around begging for food to feed my children. My father is presently suffering from a mental disorder that is said to be the symptom of old age. My younger brothers who they catered for are minding their homes. My immediate younger brother who got my exchanged destiny lives in the same house my father built but has turned out to be a nuisance as he collects the money paid by the tenants to take care of himself and family only.

Abiodun Eunice Ihinrerekanmi is a student of English and Literature at the University of Ibadan. She is interested in writing short fictional stories and poems. She can be reached via euniceabiodun02@gmail.com 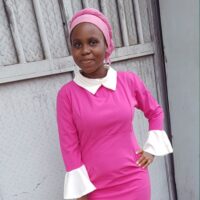 On This Day: The Assassination of South African Anti-apartheid Author, Heloise...

On This Day: The Shocking Death of Elvis Presley

On This Day: The Assassination of South African Anti-apartheid Author, Heloise...

On This Day: The Shocking Death of Elvis Presley