I know Gen. Muhammadu Buhari. He served under me in the military. His characteristics that I know, his behaviour that I know, he has not deviated from them.….But if you read my book, what I said about him is correct. He is not a hot person when it comes to the economy. ~ Olusegun Obasanjo 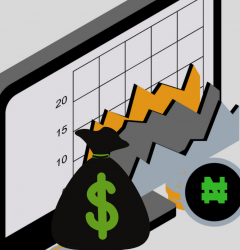 Emefiele’s incompetence has always stood out like a sore thumb, else how can anyone explain his recent gyration on Abokifx? I watched and was totally lost at how a man who is supposed to be in charge of our apex bank can sound so incoherent and be aloof on the current tech world we live in. Does he even understand the powers of a CBN governor?

The Central Bank of Nigeria is very powerful. Besides the responsibility of administering the Banks and Other Financial Institutions (BOFI) Act (1991) “with the sole aim of ensuring high standards of banking practice and financial stability through its surveillance activities, as well as the promotion of an efficient payment system” the CBN Act of 2007 as amended also charges the Apex Bank with the overall control and administration of the monetary and financial sector policies of the Federal Government.

As stated on its website, the objects of the CBN include the following:

One doesn’t need a degree in economics to agree that Emefiele has failed woefully in most of the above objectives. But his latest on-screen discomfiture over the activities of Abokifx which ended with an outburst of “come out let’s fight”, should spell the end of a catastrophic reign. For even if the boxing challenge can be excused by Nigerian standards, a CBN Governor boasting that he is not on social media in this digital world is utterly disgraceful.

As ignorant as Emefiele’s posers appear it is more worrisome that a man charged with so much will ask them.

Some of the CBN Governor’s Questions:

1. How exactly does AbokiFX collect data that they upload on their website?

I always use myself as an example and I can tell the CBN Governor for free that I have been informing Abokifx on the atm exchange rates across Europe since 2016. Abokifx is an online platform that disseminates daily updates on forex and exchange rate information. Their job is simplified into 3 steps; gather data, analyze and distillate the same into information, then disseminate it, simple! I wonder what part of this basic concept of data analytics is confusing to Emefiele?

2. How many BDCs can claim that a staff of AbokiFX called in to request for current rates?

How is it that our CBN Governor is unaware that BDC exchange rates are clearly written on their display boards? I mean why would Abokifx or any other entity for that matter waste resources in search of information that is readily available in the public domain?

Abokifx does not determine the exchange rate Mr. Emefiele. They simply post information gathered across various locations as clearly stated on their website. If you don’t know the determinants of the exchange rate then I’m afraid that redeeming the naira is a lost cause on your watch.

4. In which other Country will an unlicensed single individual be the one that fixes the exchange rate in that Country?

Emefiele has single-handedly and disingenuously elevated Abokifx to demi-god status. Watch as his injudicious words serve as the green light for a million other Abokifx to emerge in the coming weeks.

5. How come he sets exchange rates on our own currency? Why not Pounds to Dollars? Pounds to SA Rands, or Pounds to Ghana’s Cedi?

When did it become an offence to make a choice? The CBN Governor can choose to update South Africans and Ghanaians but Mr. Oniwinde has chosen to inform Nigerians and only leveraged the tech-backwardness of our clueless apex bank to do so.

Abokifx like many others just reports the exchange rates. Is it not laughable that the same being hounded was there when $1 was N189 before the Buhari administration took the mantle in 2015? Who accused them of manipulating the exchange rate then?

Yet, it should go without saying that Mr. Oniwinde having seen the influence of his website can deploy some manipulative tactics to illegally enrich himself. But I have no evidence of that neither did the CBN governor provide any. In any case, since it is unlawful to publish rates other than the CBN-approved figures, has the naira gained a cent after Abokifx stopped updating the parallel rates?

I would say that the CBN governor is more a banker than an economist and putting him in charge of the apex bank has been a mistake. Even then we expect more specifics and evidence from bankers, not the litany of vague allegations and questions reeled out in a dramatic presser. The appropriate thing would have been to refer the matter to the EFCC because Emefiele only succeeded in ridiculing himself and jeopardizing the naira.

With him, it has been a confusing period of forex management. His strategy clearly discourages FDI and the inflow of diaspora remittances. For instance, what is the incentive to export when the CBN insists that funds must be returned via the Importer and Exporter window at a much lower rate when the parallel market is 560? This anomaly and other confusing windows are the means through which speculators exploit the market while the real sector suffers.

Price is controlled by the forces of demand and supply. If demand is higher than the supply, we have an increase in price. This is basic economics really. In a struggling import-dependent economy the CBN should discontinue the harmful rigid control over the inflow of forex. It should pursue liberalization to permit the determination of the exchange rate by market forces.

The free fall of the naira is only a corollary of Emefiele’s many bad policies which include but are not limited to the countless exchange windows, receiving all government forex, FDI, and diaspora funds through one channel, restricting the BDCs to further strain the beleaguered foreign exchange market, thereby creating avoidable hardship for legitimate businesses with foreign exchange obligations. All these while at the same time failing to meet the demand for forex. The ensuing excess demand is now forced to search via the parallel market that Emefiele still wants to strangulate. It is crazy economics really.

We just managed to stagger out of a crushing pandemic-induced recession. Our major foreign exchange earner remains stifled by an OPEC quota that limits production to about 1.8 million barrels daily. There is also no indication that oil prices will hit the $100 ceiling and even if it does Nigeria benefits more at full production capacity. At the current production output of about 1.3 million barrels, $100/barrel will net $130 million while the full capacity of $2.3 million at the current $75/barrel price will fetch over $170 million. This is simple arithmetic, so any smart economist should know that the nation’s foreign exchange earner is bleeding and take measures to augment it.

Financial experts have advised the CBN to institute a framework that will allow BDCs, which have automated their operations, to receive remittances as a way of boosting dollar reserves and save the naira. I wonder if it ever occurs to him that rather than all these bans and restrictions, perhaps a more effective solution would be the enforcement of applicable CBN regulations? Oh yes, the CBN is empowered to sanction any BDC caught selling above its approved rates. But Emefiele would have none of these. In this period he has banned crypto transactions, hounded some fintech companies, and is now running after a publisher. This is an apt depiction of fiddling while Rome burns.

The Naira has lost 60% of its value in 18 months. How this is not a national emergency for Buhari remains a mystery. Even if his administration is struggling with the economy like Obasanjo rightly predicted, did the president not promise to stabilize the national currency? If Buhari truly intends to save the naira then the right action will be to hire someone who is better than the naira because clearly, Emefiele isn’t.

Spraying The Naira: Is the CBN Or The Police A Toothless Bulldog? by Chukwuemeka Oluka.