This morning I took my daughter to her music school competition. It was a small event with just about 10 kids and parents. After a brief wait at the hallway, while pleasantries were exchanged we were ushered into the classroom with all set and ready.

When we were all seated the instructor called on the first pupil, a girl of 11 to come forward and play. She announced her songs, placed her music book on top of the keyboard and sat down to play. Even though I didn’t know the song I felt she bungled the first keys, apparently she was tense and when her instructor asked if she was sure she had the right book my fear was somewhat confirmed. As she flipped through the pages she suddenly broke down in tears and everybody went awww. With tears rolling down her pink cheeks she slowly made her way back to her mum in the audience. Poor little angel, she had brought the wrong book. Her instructor comforted and encouraged her to take some time off and relax that she’ll be called later to attempt without her book. 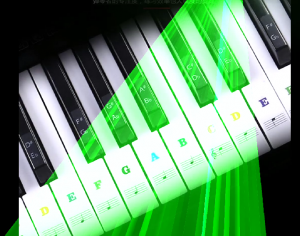 As the kids took turns to play it got to the turn of yet another girl who was already sobbing before she was called to play. She did fairly good and was applauded more than others even though they played better. Now the first girl had calmed down a bit and was called upon again. She managed to play 2 songs off by heart while holding back tears and when she finished it was a standing ovation. I don’t know how they are marked but for me, the girl has won the competition even though my daughter did excellently.

Anecdote: From Boyz To Men.

If You Fail You Will Write Again by Arueze Chisom.

Watch out for the talented Sophia!