Home Blog Fitness: What does it really cost?
Post Views: 62 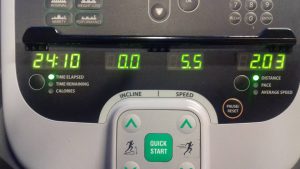 I often get questions from friends asking how I manage to keep fit even with all the eating, drinking and partying. Well, the simple answer is moderation, I try to do everything moderately, overindulgence kills it for me.

For example, if I overeat I feel too heavy to move around and I am a very active person. Even while sitting in my office in the attic reading or writing for hours I go down every now and then which always involves a brisk movement up and down two staircases. If I over-drink I get drunk which is something a responsible person abhors. I mean my son is going to be 12, what kind of example will I be setting by staggering into the house drunk? And if I party too much I lose some of my beloved sleeping time. If you are an active person then you should appreciate the value of sleeping well. Try working out late on a Friday night instead of clubbing, then take a hot shower and slip under the duvet. Pure bliss!

Now back to the matter. Some time ago, perhaps in 2015 or 2016, I was in a hotel in Awka where I regularly work out and equally hang out in the evenings. You know the Nigerian way in the evenings, hang out with your guys and have a couple of bottles. So on this particular day, I just finished working out and wanted to have a quick swim to refresh myself before I settle down to some drinks on a table where I noticed two of my guys were already seated and bending their elbows.

As I stepped into the pool I noticed this man leaving the pool, I watched as he sat alone and called the waiter to replace his beer. Apparently, he had been drinking before taking a dip. Tall and fit I roughly put his age in the early fifties and thought to myself “not bad at all”.

I did a few laps, got out and joined my friends. As we started chatting the topic drifted to fitness and we were all on the same side. The Nigerian environment is just not conducive to living a healthy lifestyle we all agreed.

But hey! Wait a minute, I suddenly remembered a famous quote “It doesn’t matter where you are but what matters is what you do” 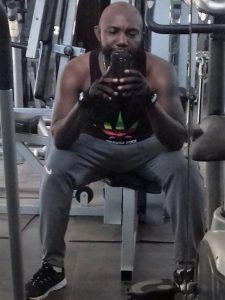 I thought about the older fit looking man I saw ordering been just like us and asked my friends to look across the pool towards his direction. One of my friends was like “Ah I know him now, that’s Kojo, he’s from Awka but lived in America for ages”. Oh cool, I thought, “let’s invite him over to join our table then” I suggested. So my friend strolled across to him and after a few seconds beckoned to us to come over. The man was charging his phone on a socket near where he was seated and would prefer if we joined him. We promptly crossed over to his table.

So as we continued chatting the first thing that shocked me was to find out that the man was 67, he said that working out 1–2 hours daily has become a habit such that he feels sick any day he doesn’t work out. Now wait for it, he said “ and beside the fact that I eat just like the average guy out there, I also drink almost on a daily basis such that if I’m not hanging out with you guys now I would have gone home and walked straight to my refrigerator for a bottle of star beer”, I drink a bottle or two every evening with my uncle who is a 73-year-old Biafran veteran”. It sure runs in the family!

It was amazing to meet a man who was that ‘disciplined’ in his exercise and drinking habits. However, the most important lesson I learnt from the man came in form of a caveat. Kojo took time to emphasize that he does everything in moderation. He rarely drinks more than two or three bottles of beer and always leaves the dining table a little hungry. And what about exercise? He said he tries to do that regularly for at least an hour each day. 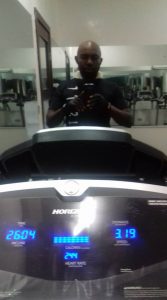 When my friend told him that was easy for him to say because he is his own boss, that young folks in the corporate world who work 9–5 rarely have time. He chuckled and jocularly asked if anybody is preparing for the Olympics? We all laughed and he continued “You see I have lived abroad and I’m now living here, when I was abroad we had workers who came to the gym as early as 7 am and by 8:30 am they are done and ready for the day’s work”, So forget the usual excuse of no time, some bankers that leave the office by 7 pm still hang out in beer parlours till 10–11pm, that’s 3–4 hours. What is wrong in utilising an hour there for exercises that will profit you more?”

“My friend I agree time is a scarce resource but when you make out time there will be time” he concluded.

I’m glad that I have made jogging and working out a habit. When I feel too lazy to go out I just jog up and down the stairs. I can tell you that in five minutes most of you will be panting. It’s not that you won’t derail every now and then but I’ve seen people who inculcated the habit long ago but now have an exercise routine that is far from regular yet they retain their shape and regain near the same fitness level with a few weeks of regular exercise.

I jog most mornings after school run, I know many people don’t have the luxury of such time as work usually starts thereafter but believe me regular running provides the very same tonic as a glass of wine so if you cant do it in the mornings then squeeze out some minutes from the usual leisure time in the evenings and do it.

So the answer to the caption of my piece is relative depending on how you value your time and the foods you eat. This is because our fitness is primarily determined by two things; ingestion and exertion. Simply put, your fitness is directly related to what you put into your body and what you do with your body. However, always remember that moderation is key in both cases unless you are going to the Olympics.