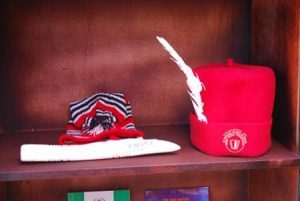 We cannot allow anyone or any group appropriate a sole franchise to define our Igbo identity, much more proselytise it in a despicable and violent manner. We should not justify it or be indifferent to it. Our history and civilisation extol respect for one another. ~ Nnanna Ude

Regardless of our usual social media tittle-tattle if one is blessed with some measure of knowledge and quill-wielding, it is proper and even obligatory to put ink to paper in a more concise and intelligible manner on some critical issues affecting your people. So when I read Ezeife’s demand on the 2023 presidency I was reminded of the above succinctly captured statement by Mr Ude shortly after IPOB members attacked Ike Ekweremadu.

Its been three years since many Igbos, still reeling from the painful defeat of ‘our brother’ Jonathan embraced IPOB’s call for secession. I wrote an article then in which I opined that the coming years will see Ndi Igbo rise from that unfortunate political miscalculation to assume their rightful place in national politics.

Sadly, I was disappointed.

During the last campaign, I also stated that piloting Igbos back to mainstream politics should be a priority regardless of the success or otherwise of Obi’s shot at the Vice Presidency. But here we are again still grieving that loss even as other regions have commenced politicking towards 2023.

Nevertheless, this piece is neither to validate nor condemn, rather in my usual approach, I will interrogate some factors that may not necessarily be peculiar to the Igbos but have aided in our recent political relegation viz-a-viz the lethargic handling of IPOB and offer my humble suggestions as I believe detailed texts on contemporary issues should do.

Permit me to digress a bit with an experience I had in Germany in order to locate the nucleus of Kanu’s IPOB before we proceed.

Having arrived in Kassel as my business partner travelled to Belgium for an emergency I decided to visit a friend in Bremen. While hanging out in the local joint where we play poker and chat about the happenings back home a shabbily dressed bloke sauntered in and on learning that I was visiting from Nigeria asked;

“Nna, I heard the United Nations recognized the Sovereign State of Biafra declared by MASSOB, owu eziokwu?” (Is it true?)

Perplexed, I didn’t know what to make of him or his question. That a man living in Germany would be that misinformed in 2006 was kind of absurd. By the time I gathered myself to respond, I was told to ignore a refugee who hadn’t been home in 14 years.

There are many like him across the western world. Young men who embarked on the transatlantic expedition in search of the golden fleece but ended in perpetual stagnation as asylum-seekers. They are the ones that have been smartly exploited by Kanu to bring home an intellect-trashing era of populism through his fact-twisting Radio Biafra. Many of these pendent brothers are the omphalos of his fraudulent agitation. And having been promised a fantasy land, an eldorado of sorts where prosperity will be restored under the guidance of a Supreme Leader ordained by Chukwu Okike Abiama, they are as ready to fund the ‘cause’ as they are willing to uproot any impediment.

These are the men Ezeife would want to lead the Igbo nation if Nigeria does not ‘give’ us the presidency. The same man who suggested that Nigeria may not survive till 2023 if Buhari is re-elected just like he predicted the country’s break up if Jonathan is defeated in 2015.

And by saying that “Igbos voted for both APC and PDP” he is inadvertently demanding for the two leading parties to zone their presidential tickets to the South East. Laughable if you ask me, and I believe others will be having a good laugh at us too. There is no way the distribution of power in our skewed federalism will be curated on sentiments.

But let us even assume that the octogenarian’s dictate is for the PDP where we have largely stored our eggs since 1999. Pray on what premise is he making such demands? Has he analysed the current position of Igbos in the party hierarchy? Is he unaware that Igbos never called the shots even when we had powerful ministers and ranking officers in the legislature under Jonathan? One would expect that the ex-governor should know that you strive to negotiate from a position of strength in politics.

You see, Igbos are a heuristic tribe who pride themselves as exceptional people especially blessed by God. In a seminal study published in 1974 by Alex Inkeles and David S. Smith the Igbos alongside the Jews of Eastern Europe, the Swiss Protestants and the Parsis of India were ranked the most resourceful in the world on achievement motivation. The veracity or falsity of these claims very much depends on the prism of perception. However, you are likely to have an Igbo person more than any other as the factotum in any group of Nigerians. We saw it in Japan where all the leaders of the various Nigerian delegations that met President Buhari were Igbos.

The South East has never lacked in human and material resources. It is a region that recovered in record time after a devastating civil war and currently leads other regions in almost all the UN developmental indices. And all these were achieved without power at the centre since Ironsi was felled over half a century ago.

Unfortunately, Igbos today appear to be poor students of history and strategy. The corollary of which has been the inadequate deployment of our famed ingenuity in Nigerian politics. That is why Ezeife will attempt to blackmail the nation a few months after Ohaneze Ndi Igbo declared that the Igbos do not need the presidency. A classical example of a struggling conflict of extremes driven more by individual rather than collective interest.

We have watched the last four years wither through hate-spewing, negativity and a defeatist mentality not even witnessed in the post-civil war years. Leaving the impression that the other two major ethnicities have somehow mastered the systemic instrumentation of navigating or exploiting — if you like — the ubiquitous architecture of Nigerian politics.

I refuse to accept this. Right-thinking Igbos should too. And in Igbo land, we say “Onye kwe Chi ya ekwe”.

Yet, it is worrisome that a people who produced leaders like Azikiwe, Okpara, Orizu, Okadigbo and Ekwueme will sit back and watch a loquacious talker order his followers to publicly assault and humiliate her leaders. Whatsmore, the Nuremberg attack which once again exposed the violent side of IPOB’s chaotic demand for a dreadfully hatched Biafran utopia seems to have left Igbo leaders even more incapable as exemplified by Ekweremadu’s weak face-saving statement on his return.

How do you reconcile that a region with the highest literacy rate in the country will believe a man who claims the fictional Shakespearean character Shylock existed in Padova? How did we enable someone with no track record to dominate the Igbo political landscape with obfuscation, simplistic slogans and deliberate misinformation? Isn’t it long overdue for serious introspection if we are to navigate our people towards the right path of securing Igbo interests in a nation we have invested so much in?

It is time to get serious. Time to admit that the global junketing and photoshops by the Afaraukwu mountebank will not actualise Biafra, neither will Ezeife’s feeble threats drop the presidency on our laps. An Igbo man can sell your dream to you. If we can excel in trade which involves negotiation why can’t we bring the same skill to bear in politics? Have we not learnt enough from history that violence should never be an option? Surely, we ought to have realised by now that the world doesn’t exist to attend to this self-imposed victim complex.

The Igbo intelligentsia will have to look beyond our current leaders if we are to extricate ourselves from this political hebetude. We need a new breed of visionary and courageous leaders to articulate and propagate the people’s interests. I have written to Dr Kingsley Moghalu to initiate his political advocacy and widespread voter education from the homefront. I mean what better place to start than the homefront if we have to vanquish the boycott hallucination? We must dismantle IPOB’s single narrative with the true representation of our history and culture to avoid grooming a future generation lacking in critical understanding.

And if the Moghalus, Obis and Soludos are not willing then every lettered Okeke and Okafor must begin now to boldly put the correct information out there for our largely misguided youths. It is only then that we can begin to rebuild the burnt bridges and stimulate a much needed political renaissance. The journey may seem long considering the damage done but no feat is impossible if we awaken the indefatigable Igbo spirit. As my friend would say, politics is a marathon and not a sprint. The period of prevarication is over. It is time for the mountain to go to Mohammed.