Yes, call it drama, confusion or madness and you won’t be out of place. Anyways, when you hear the words, ‘committee of friends,’ what readily comes to your mind? Wedding preparation, right? Well, the truth is that a committee of friends for a wedding is a group of people who meet to make plans and decisions for an intending couple for the success of their wedding. These committees take up the roles event planners are now paid for. Then, why is this thing an issue? You will find out later.

Selection into these committees isn’t just by mistake. It stems from those who have the credentials for doing great things. They are those who have been seen by their peers to have contributed positively to the plight of others. They are those adjudged and proven to be pretty dependable. And so, it is an honourable thing to be recognised as a member of a committee of friends. As a groom or bride, you sure need a committee of friends for your wedding, don’t you?

This committee will be made up of very close friends that would support you to have a remarkable wedding. Plenty of activities will consume your time and the likelihood of you forgetting some important aspects of the wedding during the preparation cannot be overlooked. So, the committee is there for the rescue. If you are a member of a social club, then, you may not find it difficult to get members drafted into your committee of friends. Somehow, these duties are enshrined in the constitution of these clubs.

Usually, it is expected that the celebrants decide on what the role(s) the committee of friends constituted would be in the course of the wedding. These roles could be to help the celebrants with finance through donating money for them, or to provide logistics and supplies needed, or to provide aesthetics and decorations for the wedding, and so on. Again, these roles usually arise from the question, ‘where do you want us to come in; how do we help?’ Sadly, in response to this question, the trend now becomes a situation where the intending couple hands over their wedding (wish) list to the committee and then go to bed.

Would-be couples these days become inconsiderate. They push the cost of their ‘dream’ weddings to the committee of friends. Such couples want their wedding to be the talk of the town so much so to the detriment of their friends and peers, who many a time go borrowing to please them.

You may think the issue with committees of friends is a thing for the groom alone; isn’t it? Well, wait till you hear that some brides pick expensive aso-ebi for their friends. Aso-ebi means uniform or colour-coordinated traditional clothes for the family during special occasions. These clothes are worn to show support for the celebrants. In recent days, aso-ebi has evolved to also include close friends. Friends buy such materials to support the bride. You hear outrageous stories of N50,000 worth of aso-ebi, N70,000 aso-ebi and so on. And this may not include the cost of sewing.

It has even been muttered in some quarters that the sale of aso-ebi is a disguise by some brides to raise money from their friends to fund their dream wedding. You will be shocked to learn these aso-ebis may just be worn only once. Yes, once! What about the bridal showers? Friends of the bride are caught up in the euphoria that their friend, the bride is finally getting hooked to her Prince Charming to the point they spend their savings and earnings on bridal shower gifts. Investigations reveal that some of these girls go all out of their way to do so just to belong.

Sometimes due to the demands placed on the committee of friends by the intending couples, these committees oftentimes break into different camps leading to disagreements and confusion. For instance, a committee chairman on the mandate to achieve a lavish wedding for the intending couple may begin to bully committee members into making outrageous promises, pledges and donations not minding members’ financial strengths nor that of the couple. The craze for socialite weddings these days thus become the bane of committees of friends.

This yuletide sure witnessed a lot of weddings. Unknown to us in one of the weddings, the groom had arranged for a Master of Ceremony (MC). One of us originally in the committee, was a professional MC and had been tasked by the committee with taking charge of the day’s proceedings. Committee members knew their job descriptions. Now, after the exchange of marital vows and nuptial blessings, all geographical compasses were redirected from the church to the reception.

Round and round, the tables were set. The atmosphere in the hall was lively and electrifying. Guests nodded their heads to the rhythm of ‘Levels’ by Flavour. But stepping their feet in the hall, the committee of friends’ body language changed. Lips were pressed. For some, teeth were grinding while eyes somewhat became squeezed. Others saw their jaws drop with mouths widely opened. Side to side head-shakes became their involuntary actions. ‘This is not what was planned,’ they said to themselves. The activities in the hall were entirely outside their plan. Their shadows were directly under their feet before they walked into the hall. It was exactly noon. This meant they were not late. So, what must have informed the drama that greeted them?

Eche, who was the professional MC in the committee of friends group saw the groom’s arranged MC caressing the microphone with his hands and lower lip. He was the professional MC in the committee of friends. If you understand Nigeria’s wedding landscape, you will realize that the MC holds the livewire to the flow of the Naira and how many would fly to the ground at wedding receptions. So, having two MCs for the day without proper protocol amounted to having two captains in a boat. The couples had their eyes set on the amount of money their wedding would bring them. So, we later understood the game!

The committee of friends’ Chairman summoned members outside for a brief talk. Did the groom get the message upon our return to the hall? Was he watching our moves? We were to maintain our cool and tag along, so I doubt if he knew of any impending drama.

As time progressed, items on the agenda took their turn. The couples had their time on the dance floor. The hall’s giant clock ticked and its hands were at 180 degrees already; the shorter pointed eastwards, while the long pointed to the west. At that point, some guests began to yawn. Others started to wear long faces. Despite the loud music, one could hear the sound of intestinal movements, all yearning for food. The committee of friends had abandoned their duties and job descriptions to register their displeasure and disappointment to the couple, especially the groom.
It was Item 7 on the agenda. We let the messing up with the sharing and distribution of drinks continue. The groom looked in the direction of his in-laws and noticed their tables were naked. At that point, he sprang up, took off his jacket, folded the sleeves of his white-coloured shirt and left the stage. O yes, he left the company of his bride. He carried drinks in crates and started distributing them to guests. To save some blushes, my friend and I, who were assigned the sharing of food had to collect the drinks from him and then take over the sharing and distribution of drinks. This was an embarrassing moment. Did I tell you the make-up artist was seen applying extra concealer to cover the tear marks shed by the bride? That was how the cookie crumbled.

There shall continue to be more drama until intending couples stop playing around and learn to live within their means. There has never been an award for the best wedding. After every wedding ceremony comes marriage. This is where the crux of the matter lies; not weddings. Committees of friends oftentimes have never been an issue. The issue lies within the couples.

Chukwuemeka Oluka writes in from Enugu, Nigeria. He is a passionate writer and a research enthusiast. He is also a graduate of Electronic and Computer Engineering from Nnamdi Azikiwe University, Awka. He tweets @mekus_oluka and can be reached via “write2oluka@gmail.com” 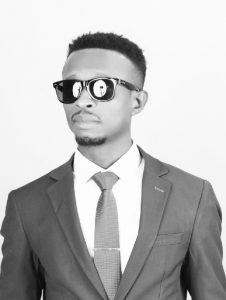