My love to all women now and always. Meanwhile here is #FoodForThought 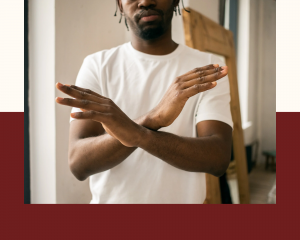 The National Assembly recently trashed gender equality bills again!
This will be the 4th time in the last 5 years that our legislooters have rejected bills that will criminalise discrimination on the basis of gender or marital status, enforce the extant laws against gender-based violence and improve inclusivity/participation for women across all strata of our society.

Take for instance in politics; Women make up 49.5% of our population yet they have a dismal electoral representation in political offices. As of 2015 out of the available 1533 political seats available at each election, less than 6% of those have been occupied by women. Only 7% of our senators are women today yet those we sent to Abuja believe that this is ok?

I have earlier written that our accidental feminists do not help matters at all. The truth is that much as men benefit from a male-dominated society, most responsible men do appreciate and will definitely accord equal respect to responsible ladies. The common mantra of many so-called feminists is that a woman needs to prove a point to be considered equal. This is utterly derisory and smacks of inferiority complex.

The pioneers of feminism envisaged the noble aim of achieving equity and social respect for women in all societies. Who in their right senses will not be in favour of treating all humans equally irrespective of gender? Much as both genders are uniquely created to be complementary, I believe it is proper for a woman to have the same right as a man, to be involved in all kinds of social activities like business, politics, sports and to be remunerated in equal measure. To partake in inheritance, have the right of choice in a relationship and in marriage.

Yet women should realise that this is their cause more than any other. Many men will support but few will lead the movement for reasons I stated earlier, the fluky feminists should understand that feminism doesn’t start with heartbreak, it is about equality and not supremacy. The chambers where our laws are made is still dominated by men, so persuasion and not posturing is key. And of course, women have the ultimate weapon of persuasion!

On This Day: Abdulsalami Abubakar Became The Nigerian President.

On This Day: Robert Mugabe Was Born.