Home Essays Nigerian Ladies And The Rising Craze For A Banging Body by Chukwuemeka...
Post Views: 76

Call it body modification, improvement or enhancement; the truth is that the craze by many Nigerian ladies to alter their bodies, all in the bid to get that elusive ‘perfect look’ has reached an insane level. Many of them would even go under the knife just to achieve that banging body, the one in similitude with Nicki Minaj, Shakira or Beyonce.

Recently, there was an uproar on Twitter on June 2nd, 2022 after a Nigerian lady, Christabel, reportedly dies in a Lagos hospital through a body enhancement procedure. The uproar started when a certain Twitter handle, @poshcupcake_1, called out the hospital over the death of her friend. According to her, the hospital kept mute about Christabel’s death and didn’t find it needful to contact any of Christabel’s relatives.

In the series of tweets that went viral, @poshcupcake_1 disclosed that a few friends who knew Crystabel had gone for surgery decided to go to the hospital to check on the late Christabel after they felt she was supposed to have returned. The Twitter user also alleged that the deceased complained of bleeding after the surgery, but the doctor assured the victim it was a usual post-surgery symptom.

Barely five days after Christabel’s death, the News Agency of Nigeria (NAN) reported another death involving a socialite, Temitope, following complications from a gastric bypass surgery – one intended to shrink the size of her stomach. Channels Television had also reported that a 29-year-old Omotola Taiwo nearly lost her life after a botched surgical procedure in January 2020.

In February 2019, Nigerians were also hit with the sad news of the death of a beauty queen, Onwuzuligbo Nneka. She died following a botched cosmetic surgery to get her buttocks enlarged. ThisDayLive reported that a Lagos-based surgeon, Dr Anu Adepoju who usually hires foreign doctors to help her out with surgeries, decided to personally do the procedure on the late Nneka, but things got complicated and it led to Nneka’s death.

Tracing these incidences underscore the rising craze for cosmetic surgery and its potential dangers; yet, stories abound in Nigeria of those who had had successful operations to have their dream bodies. Nollywood actress, Tonto Dike has been quite vocal about some of her body enhancement procedures. She would not be ashamed of modifying her body. According to her, she had conquered the stereotype and stigma that goes with it and then, broken away from the norm.

In her post captured on ThisDayLive of 28th February 2021, she was quoted thus,

“Where are the aprokos that said surgery is not good ooo? May my old body be your portion, rolling eyes…If I slap you, your eyes will shift.”

It may sound funny trying to imagine her countenance and tone of voice as she rolled her eyes and seemingly shifted one’s eyes with a slap. But then, this shows she has owned her decisions with her full chest.

However, the story is different for other ladies who had had similar surgical procedures but would talk about it in hushed tones to avoid being stigmatized. They usually use exercise and dietary plans as smoke screens to account for their magical body transformation. Little wonder netizens would wake up to the news of one socialite or Nollywood celebrity who has gained a curvy and hour-glass figure overnight.

But beyond the stereotype and stigma, stories like these might indicate cosmetic surgery has come to stay in Nigeria despite the risks. Body modification procedures are fast-growing in Nigeria and it’s seemingly making up for lost time given their popularity and acceptance.

As widely reported, the rise of cosmetic surgery among Nigerian women can be traced to Modupe Ozolua. TheGuardian reported that in 2001, the American-Nigerian philanthropist and entrepreneur launched her plastic surgery company, ‘Body Enhancement Limited.’ She would later follow it up with an aesthetic lasers business in 2007.

As of today, facilities that handle cosmetic surgeries have sprung up in major Nigerian cities giving credence to the rise of the body aesthetic business in Nigeria. It is alleged some medical facilities even became popular for rendering free surgeries to ladies who had over 11,000 social media followers and are willing to post online their surgical procedures with their faces revealed.

What used to be a guarded secret and exclusive reserve among the rich and famous, has now become trending. This is why poorly qualified practitioners are taking advantage of vulnerable and desperate patients, and this increases the risks involved with having body enhancement procedures.

Other body enhancement procedures involve the use of injectables to achieve augmented cheeks and lips. Wrinkles and signs of ageing can also be removed from the face via a facelift procedure called Rhytidectomy. Some ladies also insert seasoning cubes into their anus to get their buttocks enlarged.

Some reasons these ladies enhance their appearance are to get the aesthetic appeal and to build self-confidence. This is probably the only way they can conquer the body-shaming blows they receive daily.

There is also the obsession some ladies have with perfection as well as the desire to look like their favourite celebrities they see every day on their screen. The use of filters by these Instagram celebrities has made it almost impossible for many ladies to appreciate their uniqueness. It has given these ladies the false impression of beauty.

The urge to attract men who are believed to fall over themselves at the sight of well-rounded watermelons sitting pretty on feminine chests, as well as well-shaped backsides, has also driven many ladies into modifying their bodies. Somehow, these ladies hardly ever accept this reason.

Another reason is that what dietary plans and daily exercises could not do to reduce fat, cosmetic surgery comes to the rescue for these ladies. The burden of gaining back weight when they stop exercising or dieting is somewhat eradicated with cosmetic surgery.

Cosmetic surgery has also been encouraged by plastic surgeons who assure ladies that the procedure is minimally invasive and not a risky surgery like people think it is. According to these doctors, ladies walk into SPAs abroad and have their excess fats removed as though they’ve gone for a tea break or so.

But generally, opinions are divided on why ladies enhance their bodies. Some feel modifying their body through cosmetic procedures can improve self-esteem and combat negative body image. Others see surgical interventions as a sad indictment of bad cultural constructs.

In Nigeria, all doctors are governed by the Medical and Dental Council of Nigeria (MDCN). Without the MDCN, one cannot practice as a physician. So, it is believed that everyone practising cosmetic surgery is a registered doctor with the MDCN.

Aside from the MDCN, there is also the Nigerian Association of Plastic, Reconstructive and Aesthetic Surgeons. If a doctor is advertising cosmetic surgery, all the client needs to do is to check their website, www.napras.org.ng to know if the doctor belongs to the Association.

Meanwhile, the regulation to prevent quacks from performing plastic surgery-related procedures entirely lies on the regulating bodies. As a panacea, therefore, these bodies should have machinery put in place to check quacks. Would-be patients should therefore check with relevant regulating bodies to make sure the doctor that will operate on them is worthy.

Clients can also get references from friends or those they know have undergone cosmetic surgeries before. If a competent cosmetic surgeon is found, the client can also do a comprehensive research of the surgeon, the hospital and the procedure itself before going ahead with the surgery.

Also, the government need to work closely with the regulating bodies in the health sector to ensure only well-trained surgeons can operate on humans. They must ensure defaulting doctors should have their licenses seized. Such doctors should also be arrested and jailed.

In the meantime, cosmetic surgeons should begin to realize that a client’s motive for surgery should be put ahead of money. To this end, they should ensure clients undergo a careful and extensive preoperative evaluation before sanctioning any procedure.

It is often said that ladies who choose to undergo cosmetic surgery are insecure. Hence, such ladies should begin to build their self-confidence and love themselves unapologetically. They should stop seeking validation from other people and desist from getting intimidated by women with artificial body endowments. Instead, they should love their natural bodies and work on their self-pride. Survivors of botched cosmetic procedures can begin to drive home this advocacy to help ladies appreciate their God-given bodies.

In all, Nigerian ladies, especially those seeking to modify their bodies should be highly circumspect in their decisions. This is because Nigeria’s public health sector is almost comatose and the additional burden of complications from botched cosmetic surgeries might be one too many. Hopefully, these panaceas can help reduce drastically the rising craze for banging bodies amongst ladies. 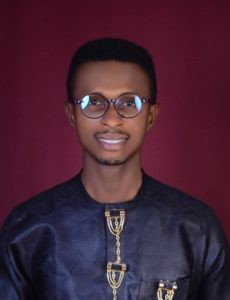 Chukwuemeka Oluka writes in from Enugu, Nigeria. He is a passionate writer, a research enthusiast and a graduate of Electronic and Computer Engineering from Nnamdi Azikiwe University, Awka. He tweets @Mekus_Oluka and can be reached via “write2oluka@gmail.com”