Home Blog The Impact Of Foreign Media On Our Society by Opara Udochukwu.
Post Views: 64

Those were the exact words of a popular Nigerian – French singer and song writer, commonly known as ‘Asa’ in her song titled ‘Fire on the Mountain’. If I am not mistaken, those words by Asa were expressing the negative impact of television on children.

An analysis was carried out in Takum Local Government Area (LGA) in Taraba state, Nigeria. All the participants used during the vulnerable analysis where all indigenous youths of the Takum Local Government Area (LGA) and constituted both males and females. The aim of the study was to highlight and understand the influence of the western culture on the Nigerian youths and assess the extent of those foreign media on the country’s youths especially in relation to what they wear and in regards to how they greet. Following the analysis, it was disappointing that, a vast majority of the youths in Takum hardly greet their elders due to their exposure to the western culture through the media and if they greet, they don’t go down with their knees to show sign of respect as the culture demands. In addition to that, a high rate of youths in Takum do not have a native attire and if they have, it will be relativity fewer than their western attire. This correlate the fact that, the advert of social media, internet and social networks, has made the cultural value that has been built for the past decades by fore-fathers of Nigeria culture has been thrown down the drain due to what the youth called ‘civilization’.

In a more recent time, the tendency for youths to imitate, emulate and mimic what they see on the social media, has been a topic of controversial over the past years. Such tendency paves room for ‘cultural imperialism’. Cultural imperialism is a term used to describe the imposition of western culture on the culture of people in developing countries. Africans and indeed Nigerians have their own culture. Nigeria which is made up of rich and diverse cultural values is beginning to lose most of its cultural ideas especially through the adoption of foreign culture. The sad side of the exposure to foreign media on the culture of a society is that, the glorification of western lifestyle goes side by side with condemnation of local culture. This creates a situation where Nigeria are becoming more British or Americans than the Americans or British themselves and this invariable, creates marginal individuals to the extent that they are rather here nor there.

The socio-cultural evolution in Nigeria, in one way or the other has provoked development and crisis as well. Many articles speak on the crisis of the socio-cultural evolution in Nigeria but, fail to speak on the positive dimension of the western culture in Nigeria. Westernism accompanied by advanced technology stepped down the pace of Nigeria local technological development and oral tradition. In fairness however, Western technology has tremendously improved the lifestyle of youths in Nigeria in various areas such as Medicine, communication, Transport, Agriculture, Sports, Education and so on. The effect of the western technology on the health system of Nigeria is very tremendous and has ensured life continuity of life to a very large extent in Nigeria which our culture could not afford.

In conclusion, the western culture has tremendously impacted on Nigerian traditional society in a very positive and negative dimension. It has given rise to acculturation and improved on the value system in the African society. Most of the time, the crisis generated are intolerable at the extreme, antagonistic and provokes war. The various conflicts which greeted the coming of white-man in many parts of Africa were eloquent enough to this. A critical look at the Western Influence on Nigerian culture shows both good and bad influences. This has made much of Nigerian native culture give way to the European culture. Either by design or accident, Nigerians have imbibed the Western and have appropriated it so much that it now becomes almost part and parcel of their lives. 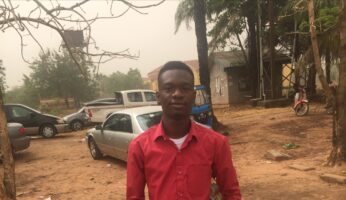