“It is the opinion of many great authorities that every nation or people build its future on its past, that is, a past that has been properly studied and understood, and whose seminal experience has been extracted and redeployed for further use”. ~ Prof. Adiele Afigbo 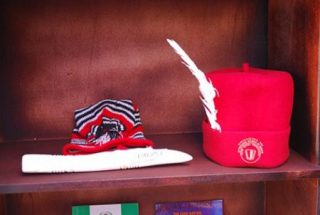 The words of our great historian represent a succinct amplification of the age-long Igbo proverb that “he who does not know where the rain started beating him cannot know where he dried his body”.

In life’s journey, there will be trying periods, be it in the life of a person race or nation, after which it will be time for stock-taking and planning. 2015 can rightly be described as the prelude to that important period for the Igbo nation, it is, therefore, pertinent for Ndi Igbo to pause and reflect on the past in order to understand the present and strategically plan for the future. Taking into consideration the recent political developments in the country there is no better time to do this than now.

Much has been made of the pro-Biafra protests in the South-East led by IPOB. As usual political leaders from the region have been sending mixed signals, with no tacit support or condemnation of the agitation. Perhaps only Prof. Ben Nwabueze who has been steadfast in championing Igbo interests made a clear statement. While not condemning the protests he was unambiguous in stating that Igbos are not ready for secession now for the simple reason that we will be the losers with our people scattered across the country.

At the risk of sounding uncharitable, I will not dwell much on the Biafra issue as I am equally a firm believer in one Nigeria albeit with flaws, as no entity or country is perfect. More so I had long formed ideologies that are based on building bridges rather than walls. The issue, however, brings me to one I will be discussing as many have attributed the new calls for secession to Igbo fate in the last presidential elections. How do we progress as a region to regain our position at the forefront of national politics??

Ndi Igbo gave sweeping support to Jonathan and the PDP which unfortunately ended in fiasco. With their ego bruised they have been maligned for supporting a man whom many see as a failure. The injury becomes even more excruciating considering the fact that Buhari’s triumph was the result of an alliance between the Hausa and Yoruba people, the same duo many Igbos believe colluded to wipe them out in the genocide called civil war less than ago.

It also doesn’t get any easier when you contemplate that perhaps Igbos could have been victorious partners if they had supported Okadigbo or Umezoke like the Yorubas backed their son Osinbajo, for Buhari has always won the North, all he needed was the support of another region from the South. Indeed it seems Igbos have shot themselves in the foot and also became the focus of resentment by other Nigerians especially the Hausas and Yorubas.

Any which way you look at the situation it will appear the Igbos lost out completely.

This notion nevertheless cannot be farther from the truth as history has shown that there is no suppressing the anthills of Ikenga. The ants have long spread across the globe and have formed colonies that excel in every human endeavour.  We are talking about a positive, vibrant and dynamic race which has survived worse adversity, a people that rose from the ashes of destruction to rebuild their region in a record time of about 10 years.

I recollect driving through Onitsha in the 80’s with my father and he told me that most of the 3 and 4 storey buildings I saw then were ruins less than a decade ago. The Igbos bravely went back to Lagos, Kano, Ibadan, Kaduna, Abuja and cities where they had been forced to flee, started businesses with less than 20 pounds and flourished with little support from the govt but with determination and hard work.

In his time as FCT Minister, the current Kaduna state governor Mallam Nasir El-Rufai marvelled at such progress when he revealed that Igbo ownership of the bulk of Abuja properties was the reason why it appeared his demolition exercise affected them the most.  He had gone on to state that the larger chunk of the initial land allocations of the FCT belonged to the northern states, but over time that about  73 percent of property ownership now belong to indigenes of South Eastern origin. The Igbos had through sheer enterprise acquired over two third of the federal capital!

It is therefore just a matter of time before our people will bounce back in national politics to assume their rightful place in governance at the federal level.

Many have attributed the political setbacks of our people to a lack of leadership, the most common argument being that much of the present crop of Igbo leaders are selfish and lack sincerity of purpose. The search has continued for great leaders like Zik, Okpara, Ibiam, Ojukwu etc who united our people with focused and exemplary leadership. This narrative while not completely false seems to ignore the important issue of followership.

It is true that the Igbo culture does not encourage followership like that of other majority tribes, this much the erudite Prof. Achebe  acknowledged when he wrote in his last work that “unlike the Hausa/Fulani, he (the Igbo man) was unhindered by a wary religion, and unlike the Yoruba he was unhampered by traditional hierarchies”.

These factors as we know have been instrumental in the ability of other majority tribes to unite towards a common cause in the past. The good part for us however as Achebe continues is that “this kind of creature (the Igbo man), fearing no god or man was custom-made to grasp the opportunities, such as they were, of the white man’s dispensations”. The average Igbo man rarely asks twice, sayings like “I n’enyem nni?” (do you feed me?) is commonplace in disagreements. The Igbo man will rather go and toil with pride than suffer the humiliation of being turned down.

Another major issue that had long been identified by credible studies as a negative factor towards the economic and political development of Igbo land is demographic distortion. You will hardly come across any family in the South East which does not have a member or two earning their living elsewhere. In most cases, the best brains in the family are the ones who reside in Lagos, Abuja, Port Harcourt and overseas. With this situation, it simply means our best investments are outside Igbo land too.

Over a decade ago Dr. Ndi Onuekwusi, founding President of League of Anambra Professionals LAP took this battle to the doorstep of Anambra state government arguing that government must do more to attract leading Igbo businessmen to invest in their home state.

Whereas the Igbo people have neither a dogmatic religion nor a ranking tradition to foster this much-needed unity, the republican and enterprising trait of the Igbo man has practically made it impossible for him to be subdued in any environment; it will nevertheless be a plus for him to also learn how to follow.

One may be tempted to ask why such followership which was evident in the last election did not yield the expected victory at the polls, but rather exposed the often overlooked yet worrisome fact that a president emerged without getting even 10% of South East votes.

The simple TRUTH is that we got our permutations wrong as we aligned with the minority at a time two majority regions had closed ranks to take power at the centre. Politics has never been a game of sentiments; rather it is a game of numbers and interests.

The positive however is that we spoke with one voice, and in so doing surmounted the perennial manifestation of disunity which hitherto had been our most common denominator in national politics. That in itself surpasses all the negatives if we are able to build on it. So while not losing sight of the need to negotiate and form alliances or even political mergers with other regions to propagate our interests, there is an even more important obligation to consolidate on our newly discovered unity.