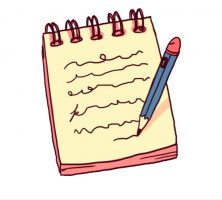 Yesterday, Nigerians were shocked by the news of a young medical doctor identified as Orji who committed suicide by jumping into the Adekunle end of the Lagos lagoon. Reports had it that the man who was riding in an SUV finished a telephone call and abruptly instructed his driver to park the vehicle. Before anyone could say Jack Robinson he proceeded to jump into the lagoon as helpless commuters watched in horror.

As I write the officials of the Lagos State Emergency Management Agency (LASEMA) who were called to the scene have not issued a statement to say his body has been recovered.
I remember my first day in Cardiff back in 2009 when I started my journey in the lovely city as a post-graduate student. I had arrived at the central station around midday with the First Great Western train from London Paddington and quickly entered a cab that will take me to my hotel at the other end of the city.

About half way through the trip I noticed that we had been held up in a particular spot for about 10 minutes. I had read up necessary details on TripAdvisor and Cardiff isn’t known for traffic jams. So having earlier exchanged pleasantries with my Pakistani driver I inquired to know what was wrong. I was surprised when he said there was a reported suicide the previous night when a man jumped from a bridge around the Gabalfa interchange. Even though the road had been reopened there were still people gathered at the spot perhaps to drop flowers causing vehicles to slow down resulting in the little traffic we witnessed.

As we continued our trip I asked the driver about the prevalence of suicide in his country to which he replied that it was a taboo in Pakistan. As a matter of fact, I was to later discover that Pakistan does not officially report its suicide data due to the stigma attached to it. When the driver asked what it was like in my country I told him it was pretty much the same. As a kid, I remember Igbo folklore had stories about suicide being committed in “ajo ofia” (evil forest), where the lifeless body often decomposes to oblivion. Such incidents rarely make it to the local gossip unless a brave hunter stumbles upon the body.

Even till recently suicide rarely makes the news in our clime because simply put, it is not our style.
However, the online media is changing things fast. News travel at the speed of light these days and just last week we read about the young soldier who killed his girlfriend and posted a suicide note on social media to beguile the public, it later turned out he didn’t take his own life as initially reported by some news sites.

Last year, I can recollect about 2 or 3 different stories of either suicide or attempted suicide by people who jumped into a river. They seem to have a thing for the lagoon or the Oke Afa canal. During the Tiwa Savage marriage saga, we were told that her husband Tee Billz, tried to jump from Ikoyi bridge, but for the timely intervention of Banky W and Peter Okoye of Psquare the young man would have ended his life. These suicide stories appear to be increasing by the year and not much is being done to educate the people on the causes and prevention of suicide.

It is normal in our society for this kind of tragedy to be attributed to juju, witchcraft, marine spirits or the more sophisticated phraseology, remote control. It is also sad that many are quick to seek spiritual help for psychological conditions even when tested and trusted medicare is accessible.

A cursory look at some social media timelines this morning had me laughing at some deplorable insinuations from supposedly educated people. Many are already advertising their churches for people with psychological problems to come and receive divine healing. One boldly stated that even when the Bible said “Thou shall not kill” doctors continue to prescribe anti-depressants which he labeled as killers. Pathetic as it sounds, gullible and ignorant people continue to flock around this kind of fake ‘faith healer’.

In civilised societies, I have no doubt that investigations to determine what went wrong in a similar case will commence from the person’s last call. It is just common sense. Even if the act is premeditated and that he did set out from the house to commit suicide, the police will still start from his recent phone conversations.

Nigerians are resilient people, it is not so difficult to see that going from the pitiful situation we find ourselves in the midst of abundant resources. As a matter of fact, a 2011 Gallup poll referred to in a Guardian article ranked Nigeria as the happiest place on earth because of our optimism despite the adversity. However, the increasing rate of suicides may just be a pointer that our optimism is fast waning, more so when a recent report by the UN ranked Nigeria 6th in Africa behind even war-torn Somalia.

Like the Igbo man will say “ochi abu uto” (smiling is not happiness). Everyone with a grin cannot be said to be happy. Some actually put on that smile to cloak deep troubles while many equally flash the teeth to deceive others. I have come across countless people like that who smile all day only to retire to their misery in the evening, alone. This is often a recipe for depression from what I know about it. Not only does depression lead to suicide it is also responsible for a lot of mad people we see roaming the streets.

Luckily I have never suffered from depression, not that I know of anyway, so I think I can offer one or two tips on how to keep that smile real. Besides the usual preventive and therapeutic directives of getting adequate rest, maintaining a healthy diet and cultivating an exercise routine, there is the need for one to always have an objective.

One should have a passion that drives him/her. That way you will always be optimistic because there is always something to look forward to. You can then build your routine around this passion. It could be your work, relationship or even a hobby, but it has to be something that gives you a sense of purpose such that meeting your daily target also gives a sense of fulfillment.

Much as our suicide rate is little compared to poverty-ridden Guyana which leads the global suicide rate or wealthy, classy Japan where students take their lives over poor exam performance, Nigeria cannot fold its arms and watch this trend continue.

Governments at all levels must rise to tackle this problem. There should be concerted effort to invest in recreational facilities such parks, sports clubs, cinemas and theatres.
Guidance and counseling should be reintroduced to the school curriculum, especially at the university level when young adults are separated from home for long periods making them susceptible to melancholy at the early years when they have few friends.

There is also the need to invest in media campaigns for enlightenment, quite an unbelievable number of people including educated ones are unaware that depression can be easily avoided. People who are having issues should be encouraged to share, for it is said that a problem shared is a problem halved.

Even though our daily hustle rarely allows us to check up on our loved ones to find out how they are doing, it is a collective duty to look out for each other, so please make it a point of duty to reach out to people that matter to you regularly. Probe deeper when you feel all may not be well and offer assistance as much as you can. My method is having a reminder set for Sundays, and once it is 3 pm when everyone would have finished eating the usual rice it beeps “family”, “family”, “family”.

I just read that Dr Orji was 35yrs old, a promising young man is gone. May his soul rest in peace.