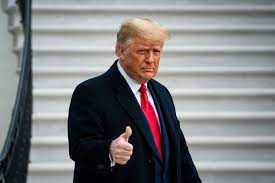 The emotional politics of US President Donald Trump have never been more intriguing. Close to two years after he was announced as the official Republican nominee, headlines are still dominated by his latest impulsive political decisions, unhinged typo-filled Twitter rants, and blustering denunciations of foes and former allies alike.

Trump’s rise has signaled a change in the emotional tone of public debate. The people of the US are angry – mostly either at or with their President.

Anger is an empowering emotion which can mobilise the public to come together to vocalise their grievances. But at the same time, it is anathema to constructive political decision-making because of its close association with violence and aggression. Philosophers have long viewed the “civilised life as one that avoids anger” – so why, then, do we hear so much about the anger of Trump, his supporters, and opponents?

The importance of anger to Trump’s appeal stands in stark contrast to the hope and other positive emotions which both his predecessor President Obama, and Democrat opponent Hillary Clinton relied heavily on during their campaigns. Trump’s promise to “Make America Great Again is a slogan that embodies hope for the future and the possibility of change, but it has consistently been accompanied by angry rants about the present, resonating powerfully with disaffected voters.

My own analysis has identified that anger is an important factor in making sense of Trump. Looking at mentions of “anger” in US newspaper coverage of Trump during the post-election and inauguration period, the overall tone contrasts with the same period after Obama’s first presidential election victory in 2008. In the period following the 2016 presidential election and up until the day after Trump’s inauguration, 3,828 stories used the words “anger” or “angry”, compared with 1,449 for Obama.

A closer examination of a smaller sample of inauguration coverage shows much the same pattern. For inauguration day and the day after, there were almost twice as many stories using the words “anger” and “angry” for Trump (90) than for Obama (47). And while in Obama’s case, much of the anger expressed had nothing to do with the new president, in Trump’s case, more than half of all references to anger (53.3%) targeted Trump. This goes against what inaugurations usually represent: the nation coming together, and divisions and negative emotions being set aside.

What is particularly interesting is how often Trump himself was described as being angry: his anger appeared in 23% of all inauguration stories that mentioned anger. By contrast, there were no references to Obama being angry in the coverage of his first inauguration.

Anger without a cause

Historically, emotion management has been vital to successful presidential candidacies, while poor control has derailed campaigns. The Democratic primary candidacy of Howard Dean in 2004 collapsed after the infamous “Dean scream”. At the end of his spontaneous speech reacting to his third-place result in the Iowa Caucus, Dean made a high-pitched scream, which he later attributed to a sore throat. Dean was denounced as unpresidential and uncontrolled. He described it himself as a “crazy, red-faced rant”. His display of odd nonverbal language served as a marker of uncontrollable emotionality, and effectively put an end to his race.

By contrast, Trump’s outbursts and gaffes have been too numerous to count. The blatant disregard for “feeling rules” – which govern one’s own displays of emotion in particular situations – might have terminated any other candidate at any other time. But Trump has sailed onward, constantly emoting in socially inappropriate ways.

My study also showed that a high number of references to anger – a total of 20% – in the inauguration coverage did not identify a target, and that in the majority of these cases, it was Trump himself who was described as inherently angry. Trump was not only frequently represented as being angry, but he was angry about nothing in particular. This was also true of some of the coverage of his supporters.

Anger normally requires a target for it to matter politically. But the angry Trump is newsworthy in his own right. As Washington Post writer E.J. Dionne said in a widely syndicated column:

Donald John Trump intends to govern as the same fiercely angry man who inspired the discontented but aroused the worries and fears of so many other Americans.

Naming the target of anger both explains and legitimises it. But Trump and his supporters’ generalised anger suggests that they are angry without a cause. The image that emerges from the media coverage is that anger is essential to their identity and their world view. Trump has become an emotional performer, acting as the advocate of the people and the impersonator of their anger. His anger matters as a political force.

The way that Trump has been portrayed in the US print media has made anger a vital lens for interpreting his politics and performance. What we now need to understand is what forms of action – including policy decisions – this anger enables, and how it is actively resisted and challenged.

Professor Karin Wahl-Jorgensen is the Director of Research Development and Environment, School of Journalism, Cardiff University.

Source: Originally published by the conversation.com

On This Day: The Day Abiola Declared Himself President