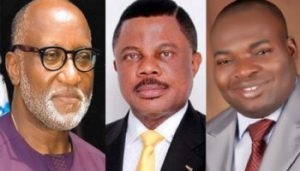 By the time you are reading me, the All Progressive Grand Alliance (APGA) should well be on its way to claiming a landslide victory in one of the most keenly contested elections in the history of the state. This victory is symbolic in many respects, and signifies the coming of age of the ruling party as the defacto political movement of the Anambra people. By the end of the next four years, APGA would have been in power for 16 straight years, having overturned People’s Democratic Party’s (PDP) political control of the state Government in 2006. Since then APGA has developed in to some sort of platform for the people’s revolution against what was perceived as a reign of renegades, as PDP opened their doors to all sorts of villains that orchestrated the worst era in the life the state, including the kidnapping and torture of a sitting Governor, the wholesale mortgage of state resources to political godfathers, and the unbridled interference of Abuja in the politics of a proud people, who affirm their republican culture strongly in all forms of socio-political engagements. APGA’s ascent to power in the state was for the people, a deeply cherished victory over godfatherism, and the unbridled influence of outside interests in their politics. This paved the way for the evolution of a people’s movement.

However, bickering within the party led to schism, as the first APGA elected Governor-Peter Obi led a retinue of his supporters to the PDP, citing fiscal recklessness and non-performance of his successor and bosom friend, the incumbent- His Excellency Gov. Willy Obiano. The exit of Peter Obi and his supporters constituted the most significant risk on the continuity of APGA in the state house, and opened the vista for all sorts of possibilities. The possibilities were shapened by various factors which include:

1. The unofficial but generally accepted state zoning policy which expects power to revert to Anambra South after 8 years of Anambra North holding power.

2. The intent of Abuja flirting with an opportunity to get back in the fray, working with its appointed stalwart and top APC financier, and looking to exploit the gap created by the APGA rift.

3. The angling of an emergent young generation of political players (Mid 40s and below) seeking to assert themselves politically in the state.

These factors and possibilities conspired to facilitate a most exciting and intriguing period of electioneering campaigns which saw a straight battle between APGA, PDP and APC, while UPP presented a refreshing candidate that offered a whole new perspective to political campaigns going forward. The debates were invigorating, the campaigns were issues-based, and saw an unprecedented involvement of young people which was a big positive. As is usual with the godfathers, money also flowed, only this time it’s difficult to fathom the extent of its effect.
As the days to the election drew close, tension was at fever pitch, anxiety over the deployment of over 26,000 policemen, and the threats of election boycott by the separatist movement-IPOB. In all, in defiance to the campaign of fear, associated palpable tension and rumor of federal government intended interference, the elections have held largely peacefully and a few lessons should be noted : 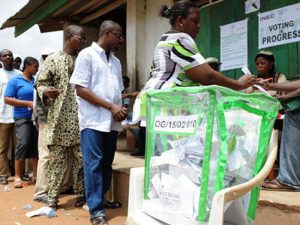 1. Godfatherism as a political culture has grossly receded. None of Chief Emeka Ofor, Chief Aurthur Eze and Peter Obi was able to deliver his local Government Area.

2. President Mohammadu Buhari showed statesmanlike conduct in resisting the temptation and of course, the call by APC faithful in Anambra state for a more direct interference in the electoral process, promptly ordering the Inspector General of Nigerian Police to reverese himself on the swapping of Governor Williy Obiano’s police aides only 4 days to the election. Under PMB, the politics of federating units is becoming more autonomous, this is good for democracy.

3. The efficacy of money distribution and bribery of the electorate is increasingly failing as an electioneering strategy.

4. Effective political campaigns have as much to do with clearly articulated manifestos delivered with obamaic eloquence, as it has to do with building effective platforms on which to drive the campaigns. Chidoka and his supporters did a great job in raising the quality of discourse, but will do well to create a movement and not just a political party to drive possible future campaigns.

5. Young people are seriously knocking on the door, Tony Nwoye and Osita Chodoka ran spirited campaigns, and drew their support bases mostly from young population. While an ineffective political platform and the decision to run against what appears to be a generally accepted political zoning formula did Chidoka in, Nwoye was undone by a negative perception of his relationship with a failed political godfather, whose last successful political outing in the state was the enthronement of former Governor Chinweoke Mbadinuju- the worst disaster to have graced the Anambra state Government house. In addition, there were doubts over his pedigree for the office and less than convincing communication of his personality and message to the electorate.

6. Young people going forward must build effective political movements, craft a change agenda that resonates with the people, and build around candidates who have unimpeachable pedigree, exemplified by verifiable entrepreneurial, academic and professional track records. The break-even point is as close as the dedication, commitment, hard work and intelligent strategies that young people are willing to throw into the project. You can imagine that a young candidate will in 2021, from feelers, will be up against a Prof. Charles Chukwuma Soludo. The person flying the generational flag must have the profile and capacity to stand toe to toe with Soludo in an issues-based campaign. The handover of power to the generation under 45 will never be an emotional decision, when Peter Obi ran for governorship at about 43, he didn’t appeal to sentiments, and he had a truckload of outstanding personal accomplishments behind him.

7. Chief Victor Umeh (Ohamadike) doesn’t appear to me to be receiving due respect as one of South Eastern Nigeria’s most gifted political architects. Holding Anambra state down under APGA over the past 12 years, in the face of PDP’s erstwhile political brigandage is not a fit for the fickle minded. Master-minding this recent electoral victory in spite of the departure of APGA’s best known political product- Peter Obi, is quite a stunt. The scale of this victory suggests to me that Victor Umeh’s political capacity is grossly underestimated by friends and foes alike. It is to his credit, that without any known money bag, APGA has become a resilient political movement over which the Anambra people claim full ownership. The only other Nigerian politician who has nurtured and sustained a regional political movement for such length of time is Asiwaju Ahmed Tinubu – Jagaban. However, unlike Asiwaju, Ohamadike has managed to achieve this without installing himself as the party’s overlord. Umeh should consider exporting this ideological mass movement beyond Anambra State. Nothing ventured, and nothing gained.

In conclusion, though the elections have been won and lost by political parties, the people of Anambra have won together by collectively raising the bar of political conduct, and reiterating that the era of retrogressive politicking characterized by thuggery, banditry and needless bloodletting is actually over. By their respect for a zoning formula that protects all zones of the state and guarantees an inclusive political culture, the people of Anambra state have made a resounding statement that Nigeria can work. A proud moment for all Anambrarians regardless of what sides they fought on in this 2017 governorship election.