Home Blog How We Can Preserve Pius Adesanmi’s Legacy. 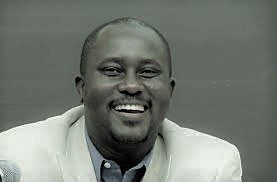 A new patriotic consciousness has to be developed, not one based simply on the well-worn notion of the unity of Nigeria or faith in Nigeria often touted by our corrupt leaders, but one based on an awareness of the responsibility of leaders to the led — on the sacredness of their anointment to lead — and disseminated by civil society, schools, and intellectuals. ~ Chinua Achebe

I had been putting off this piece till I saw a tweet about Pius in memoriam and realised that it was the 10th of March. I know many will be wondering how 365 days passed in a flash. Time flies!

On the 10th of March 2019, we lost one of our best brains in the Ethiopian airline crash that sent the world reeling. I clearly remember that I was in a Lekki hotel room that morning. There had been ‘no movement’ the previous day owing to the rescheduled gubernatorial election. Having done my civic duty of voting in the presidential elections and since there will be no gubernatorial election in my home state of Anambra, I thought it would be a good idea to rest in Lagos before jetting back to Ireland on the 10th.

But the tranquillity I had savoured from that rest was shattered as I woke up to the shocking news of the tragedy. I flipped through channels between Al Jazeera and BBC to catch up with the story. I wasn’t getting enough so I decided to peep into twitter for more. It didn’t take long for the tweet to filter into my timeline. A popular handle suggested that our very own Pius may be among the passengers on the plane as he was scheduled to be in Kenya for an African Union Conference.

The story gained traction and before long confirmation started pouring in from verified newspapers. Terrible!

I was forlorn, downcast and crabbed that an exceptional satirist and Nigeria’s most discernable intellectual on social media had passed on suddenly and prematurely. It was too shocking to be true but people rarely joke with death. I read on. He had a wife and a daughter. How could this be? How will they cope? Why is this life so cruel? I had no answers, just questions and more questions. While in La Casa later that night waiting to board, the finitude of life wasn’t lost on me as I pondered Pius’ premonitory last Facebook post. It, however, smothered my anxiety and fortified a timorous heart.

Like many of us, I got to know Professor Pius Adebola Adesanmi via the online media where we were usually enchanted by his witty and intellectual take on socio-political topics. I wasn’t surprised to learn that he was a lecturer, satirist and literary theorist. With his clinical precision on English syntax, it filled my heart with pride that he always referred to himself as the Nigerian Director of Carleton Institute of African Studies even though he is listed as a Nigerian-born Canadian Professor on Wikipedia.

With his achievements at his age in a developed society, many would have slumped into the usual culture of insouciance over the happenings back home, because truth be told, news from Nigeria can often be debilitating. But not Pius, he remained passionately connected to his generation of Africans even though he lived thousands of miles away. He cared so much about our collective progress that he freely dispensed knowledge acquired over long years on a daily basis. So captivating were his write-ups that I marvelled at his energy which was palpable through the ubiquitous use of exclamation marks. He was simply a class act.

Lately, I had taken time to go over some of his opinion pieces again and I seem to now have a grasp of his thought process. I reckon that he bought into Achebe’s philosophy of a new patriotic consciousness as a pathway to national progress and perceived his intervention in this respect as a missionary calling. This explains why he harped on the importance of education as a necessary and revolutionary tool for African development.

Perhaps one can attribute this conviction partly to his meteoric rise as a public intellectual having been nurtured in a world of knowledge, and partly because he lived in a society with a literacy rate of 99%.

I believe this also fired his anger at the failure of leadership in the black continent. In one of his articles captioned “#Education in Nigeria: An Unimportant Detail”, he lamented Nigeria’s unpreparedness to prioritise education and compared the salary of our lawmakers with the figures for a Canadian Professorship award. His details exposed the chasm in values between a developing nation’s shameful ‘investment’ in politicians and Canada’s investment in education even with a near-perfect literacy rate.

Yet in another piece titled “The Beautification of Ignorance”, Pius railed against the now pervasive culture of arrogant ignorance where folks invade the online space with fickle arguments against knowledge. Citing George Weah’s school enrollment after ascending the throne, he decimated the vacuous notion that ‘connection’ trumps knowledge in our society. And drawing from his grandmother’s intellectual interaction with her peers, he concluded that decades of misrule had pauperised Nigerians and imposed a thought process that was averse to knowledge and sympathetic to unthinking.

I have missed Pius. I miss his writing which not only presented an egalitarian viewpoint but also oxygenated my lazy aspiration to become a better wielder of the quill. But as the saying goes, “we can’t question God”. Our brother has done his bit and his watch ended on this day in 2019. We can only do our own bit to preserve his legacy and I believe that one way of doing this is sharing knowledge freely through any available platform.

We have people like @asemota and @DrJoeAbah doing this regularly on twitter. We also have others on other platforms but we need more. You never can tell but don’t underestimate the impact of the free information you dish out there. For instance, @asemota’s unending tweets on the need for more tech start-ups in Africa partly informed my decision to pursue a new course in IT at 48, after all, it is more about starting than when you started.

So even as we continue to insist that the government should invest more in education let us urge our intellectuals to share knowledge freely. Let us encourage them to be passionate and hopeful that a society which will someday have a literacy rate of 99% will emerge. As Che Guevara said “Dejeme decirle, a riesgo de parecer ridiculo, que el revolucionario verdadero esta guido por sentimientos grandes de amor”… “Let me tell you at the risk of appearing ridiculous, that the true revolutionary is guided by great feelings of love”.

Pius oozed love all through his life. A kind which needed no excavation to feel. When Nigerians despaired and purity of hope was a rare find, he never showed signs of resignation despite his critical disposition to the system. Rather he believed, shared and eventually departed in active duty while on his way to impart knowledge to fellow Africans.

To preserve his legacy the least we can do is to continue sharing knowledge passionately and freely.