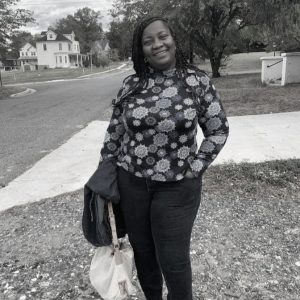 For the past two years, I‘ve been a student of Julia Cameron — Author of “The Artist’s Way At Work”. Her writings have inspired and encouraged millions of us to keep pushing. She is a great proponent of the idea that creativity is in everyone, but we just have to discover it in what she aptly calls “creative emergence”. She believes that the creative life is a journey, a work in progress which should be cherished as well as relished. A postulation which sides with James Baldwin’s counsel to writers that “beyond talent lie all the usual words: discipline, love, luck, but most of all, endurance”.

Indeed one of my favourite motivational quotes: “As you move towards a dream, the dream moves toward you” is culled from Julia Cameron’s repertoire. Contextually, she explained this in a sentiment reminiscent of my late dad’s frequent observation; “there is never a good or bad time to start”. If you keep waiting for the best time to get going then you may never take off. You just have to start and believe in the timeless natural law that the Omnipotent One will supply your needs according to His riches in glory.

And this is exactly what I want to relay in this brief treatise.

I had planned to kick-off this essay competition in May, precisely on my birthday. And since they say, charity begins at home, I wanted to launch it offline with a media event in Amawbia. But the pandemic derailed everything as we were all locked down in one location. I waited and hoped for a respite to no avail. So I decided to proceed anyway. There was yet another problem. The pandemic had slowed down economic activities and everyone’s income suffered so how would I fund the competition with little inflow?

Each time I received a bulk sum the usual string of expenditure came knocking. Determined to push on, I decided to fund it with the proceeds from my shop. At least I can always apply my usual ideology of “start small, grow big” even though it is not a business concern.

Our July sales encouraged me to go ahead.

The plan was to lead by example. I will fund the project for a reasonable period before seeking for sponsorship. But no sooner had I announced the competition than encouragement came from three friends. I was surprised because I know what the pandemic has done to our pockets, but I wasn’t too surprised because I know I have the most wonderful friends.

So it happened that even before the competition proper started funding is already underway. And the first person that the Omnipotent used to commence the actualisation of the dream is none other than Ada Gbuluefi Na Ukpo who generously donated the sum of fifty thousand naira (N50,000). By so doing she has already taken the competition as far as 5 weeks!

It is said that the most selfish thing a person can do is to be selfless. By this selfless act, Ada Gbuluefi Na Ukpo will not only reward the intellect of 5 writers but will also inspire many others. We cannot be more effusive in showing our sincere appreciation and we pray God to replenish her coffers a millionfold.

I know she would have preferred anonymity in place of this publicity. Many of us are like that but since we are getting older I couldn’t care less about publicity when I am doing good. The intent matters more. So these days I‘ll rather blush than remain anonymous if my deed will motivate others.

Thanks to all of you for your support. Please anticipate the first essay topics on Sunday 23rd August 2020 and do have a nice weekend.

For better for worse by Collins Chibuike