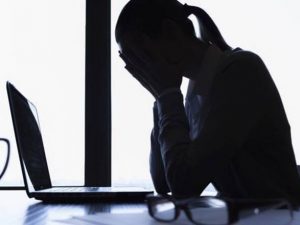 The worse thing that can happen to an employer is to surround him/herself with people that do not tell them the truth, a bunch of sycophants.

I have been an employee and an employer, most times combining both, so my view is very balanced. The people that work for you are your greatest assets, but some employers see them as less than human. We all know that the country is hard, no jobs, etc. Once there is high employee turnover, despite the hardship in the country, the fault is entirely that of the employer.

I finished University pretty early, stayed for 7 years where I did my NYSC and 4 years in another place before I set up my business. Sometime last year or thereabout, I took up paid employment by the side because business was very slow. In less than a week, I knew I would go mad if I stayed. The environment was toxic, the female owner encouraged snitching and wheedling. No one takes responsibility for a mistake because the owner deducts money from the salary of those that make mistakes. The screaming and insults etc, it was a mad, unprofessional house. I was immune from that side, considering I was a management staff, but I wasn’t blind to all the shenanigans.

With the number of times I had to say ‘No’ to her instructions that contravenes Nigerian Labour Law, I knew that sooner or later, we would butt heads big time, I didn’t want it to get to that. Every two weeks or so, we will have a review and she will gush about how much weight I had lifted off her shoulders. When the three months probation was up and I was to be confirmed, my ulcer issues came back strongly. I started having panic attacks. I hated going to the office or even staying there and because of the whole management staff thing, I couldn’t just resign in other not to demotivate the staff etc.

To cut this long story short, I decided to travel to the UK to fix something any hospital in Abuja could have easily done and bade them farewell. My review after I told her I was leaving went from her normal gushing to being overly critical. I felt sorry for her because it was an obvious case of sour grapes and I couldn’t be bothered. She most likely bad mouthed me to our common friend that introduced me to her initially, because when I told that one I was leaving, my message was read but unanswered. In my thoughts, I just said “screw you both” and deleted her number sharply. I managed to make a few good friends there, so that’s a win. In less than a year, about 10 or more staff have left the company, most left without another job offer, but just relieved to be free from the toxicity.

For those that work for me, I treat them the way I want to be treated. If they make mistakes, I encourage them to own their mistakes, learn from it and keep it moving. In places I have worked, I try to change the belief that HR people practice witchcraft. The Human Resource practitioners are strategic business partners, change agents, administrative experts and employee champions, but some easily forget the latter and have become suppression enablers.

Let us do better and treat people with respect. Your business will thank you for it, your greatest assets will want to keep working to move the organisation ahead. The company I wrote about is currently mandating her workers to sign bonds. Imagine if the only way you can get people to stay in the toxic space you created, is to force them to sign bonds that enslave them to you for a couple of years.