Creativity drives innovation and innovation would cause tremendous social advancement and promote development.

The Nigerian society has over the years, yearned for something different, something that could help “alleviate” their worries and give them that feeling of belonging.

I would start by talking about the Gulder Ultimate Search. The Reality TV show portrayed so much about Nigerian Culture, using a very remote setting. The show portrayed to the people how anything of value is “worth finding.” It brought out the “Warrior Spirit” in us and helped us see ourselves as people that could overcome any “Augean task,” notwithstanding the unfavorable conditions we face.

One thing the program did to me was it shaped my mindset and developed my Problem-Solving skills and improved my Adaptation skills.

P.S. I have never been a participant on the show.

It is a known fact that members of the society are influenced by the circumstances and events surrounding them and these events tend to determine their actions and how they would respond to other situations they come across.

In today’s world, our society has extended beyond just the nominal face-to-face interaction. Our society now encompasses TV, Social Media, and the likes.

As such, the factors that influence us are now diverse.

“Trending Social Norms” have become the determinants of our Mindsets, thereby influencing our day-to-day activities and response to problems we encounter.

Every behavioral pattern today exhibited by individuals is a result of the influence of the society (including TV, Social Media, and the likes).

Creative Industries could be described as businesses having creativity at their heart, they promote Individual Skill, Talent, and focus on the commercialization of these intellectual properties.

The Nigerian Creative Industry has focused basically on Entertainment and has neglected to some extent the “Wells of Intellectual Property” it could draw from to feed the Nigerian Populace with.

Notwithstanding this, the Creative Industry still controls the bulk of revenue and tends to be at the center of the heart of Tomorrow’s Leaders.

We are not “Gullible,” we’ve only learned to adapt.

In 2019, statistics released about the show reveal that a total of 7.2 Billion nairas was spent by Nigerians on voting. It is put in record that that’s the monthly allocation of three Nigerian States put together.

Nigeria, with a population of over 200 million people, recorded 50 million votes on BBnaija in the final week of the show in 2019. The show also polled a total of 240 million votes, within the 14 weeks the show was on.

About a quarter of the Nigerian Populace voted on the final week of the show. On the other hand, in the same year 2019, the presidential elections held. There was a total of over 84 million registered, and only 29 million people showed up on Election Day.

For an event that holds every 4 years, where Nigerians get to choose who would be their leader, the turnout was poor, when placed in parley with the population. But Nigerians, in the same year, showed more interest in a show that could be termed “Annual” with a Voting system where you pay for every vote cast. After staying on the show for 14 weeks, the winner today has not made any particular impact that one could see as “remarkable.”

This analysis portrays how the Creative industry has held Nigerians in a state where they can be influenced by its activities.

The Big Brother Naija Show explores the skills and talents of its participants, helps them learn how to adapt to living with total strangers. We see how the Show has helped its participants become top figures and icons of recognition.

The BB Naija show has had even highly intellectual personalities and First Class Graduates as its participants. But, from the activities in the house, one can only identify a very few Positive Social Impacts of the show.

Criticisms trailing the show include its promotion of sexual vices and immoral acts, lack of creativity by some housemates as well as its failure in providing any reasonable influence on the Nigerian populace aside Entertainment.

Entertainment is not so bad, but when it goes to the extreme it should be cautioned.

BB Naija is a show that could raise Leaders, Entrepreneurs, Business Moguls, Investors, and the likes, who would not only possess skills and talents but would also be role models worthy of emulation by the Nigerian Youths because of the values they promote.

There is no limit to how much the show, with all its creativity promotes a healthy society and brings about a change of mindset in Nigerian Youths.

My Take on Possible Creativity

Imagine a situation where BB Naija house becomes like an incubation hub where there is promoted Leadership Skills, Extended Grooming on how to Influence the Society, and is an Image of Positive Change.

A situation where the Nigerian people could view this Industry as a Source of Hope and reflect the “Perfect Role Model” to her people and help them look within themselves and see what is attainable by them.

A situation where BB Naija not only entertains but is also an opportunity to teach Nigerian youths how they could be talented/skillful yet uphold the Values of Impact and Positive Change.

I believe that the Creative Industry is making a Tremendous Impact on the Society but there is so much more that could be done. 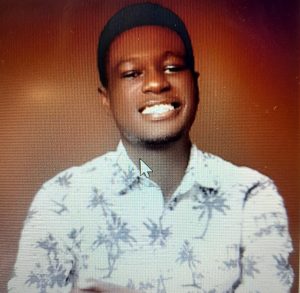 Aaron Livingstone is a final year Industrial Chemistry student of the Federal University of Technology, Minna. He has great passion for gaining knowledge and loves to read. He wrote in via livingstoneaaron41@gmail.com