Nigeria, like a coat of many colours, has different shades and all, rightly so. She is the Poverty capital of the world; One of Africa’s most indebted nation; Country with over 13 million out of school children; Third worst terrorist hit country in the world; Fourth worst place to give birth in the world, and a few other factually correct ignominious designation.

Ironically, this nation that replete with underdevelopment and reeks of poverty-stricken citizens tops the chart of highest-paid lawmakers globally and by extension public officials. Pretty much ahead of large economies like USA, China, Japan and other economically stable countries. For accuracy, let’s consider verified figures. After all, as presumed, figures don’t lie.

According to a 2016 report by Sahara Reporters, a top-flight news agency in Nigeria, 109 senators in Nigeria earn N1.85billion yearly, while the 360 members of the House of Representatives get N4.93 billion totalling about N6.78 billion in salaries, allowances and emoluments for Nigeria federal lawmakers annually. A huge contrast to the earnings of an average Nigerian worker.

As of today, many states are yet to approve the payment of the new minimum wage of N30, 0000. Thus, for many workers who still earn N18,000, it will take at least four years before earning monthly utility allowance for one legislator according to the same report. One can only imagine the difference over 6 billion Naira pocketed annually by 469 individuals would make in improving the living condition of over 86.9 million Nigerians living in abject poverty.

Different from the budgetary allocation for security agencies, the purport of Security Votes is ideally to supplement the funding made available to security agencies and to be disbursed at the personal discretion of the head of the executive in the public interest. But, the discretionary spending of these monies has been used for all purposes—diverted for political party funding, Political Campaigns, expensive vacations, personal enrichment etc.– but, the sole purpose: securing lives and promoting the welfare of the citizens.

In context, the total annual sum of security vote is higher than The Nigeria Army budget; more than the total combined budget of the Nigerian Navy and Air force;

Over 70% of the Nigeria Police Force annual budget; 9 Times Higher than the US security assistance to Nigeria since 2012, yet Nigeria is the third-worst terrorist hit country in the world, with 21 states recently declared by UK government as unsafe to reside.

This begs the question, what is the impact of the security Votes on Nigeria security?

No doubt, if we will get security right in Nigeria, such outrageous amount must be slashed, some of it pumped into the economy, for a blossoming economy would translate to a decline in crime rate and improved security.

And the remainder, strictly monitored, should be added to the budgetary allocation for the security agencies and not extra funding in the exclusive control of kleptocrats to forestall further misappropriation of security-improvement resources.

Most ridiculous is that wastage of the nation’s scarce resources has no regard for times and seasons. It was wasted in time of oil boom and now, sought to be mismanaged in a season of recession. Case in point is the N3.2 billion budgeted 2021 travelling expenses for the President, and Vice President proposed before the national assembly.

Quite abysmal that at a time when Covid-19 has snuffed life out of Nigeria’s economy, and prices of food skyrocketed so much that three small onion bulbs cost an arm and a leg, and an all-time high total public debt portfolio of 31 trillion Naira without matching economic development, the sailors of the nation’s economic ship seek to lavish over three billion Naira on international tourism.

An amount that if pumped into the primary health care sector, will provide standard equipment, structures and improved condition of service thereby ensuring a safer child delivery in Nigeria ranked fourth most dangerous place to give birth in the world.

Needless to say how past government officials, say ex-governors in some states like Lagos, Rivers, Delta states, backed by extant law, earn jumbo salary and allowance years after exiting the office.

In some instances, they’re entitled to renewal of at least two cars, and one house in the state they served and the other in FCT or any other state of their choice. A glaring effect of this misplaced generosity is Lagos State’s foreign debt of $1.49 billion and poor road networks in its suburb.

Reduction of cost of governance in Nigeria is non-negotiable. It is the only modest thing to do. And knowing this truth, government officials of erstwhile and incumbent administrations including the Vice President, Professor Yemi Osinbajo, have been paying lip service to the imminent need for a drastic cut in the cost of governance without matching political will. While this can be very discouraging, it clearly shows the present crop of leaders lacks the political wherewithal to effect such a change. At least not when they’re benefitting.

What’s the way forward then? Advocacy for Legal reforms; Political participation of servant-Leaders.

It will interest you to know that expensive governance in Nigeria has its roots in an operative legal framework. That is, daylight robbery of the nation’s scarce resources is empowered by extant laws of the Federal Republic of Nigeria. Section 84 and 124 of the 1999 Constitution of the Federal Republic of Nigeria (as amended) provides that remuneration, salaries and conditions of services payable to holders of public offices shall not be altered to their disadvantage after their appointment or assumption of office in the case of elected officials. So, you see, a downward adjustment of bogus payment of legislators and executive officials while in office will amount to an unconstitutional act notwithstanding it’s in the overall interest of Nigerians.

It is imperative that strong advocacy for legal reforms championed by Civil Society Groups, echoed by Nigeria citizens, home and abroad, commence demanding an alteration of constitutional provisions likewise other Acts or Laws that lend credence to the high cost of governance.

Advocacy is arguably most potent tool to bring about a reduction in the cost of governance. For indeed, only when put on their toes, do political office holders do what they lack the political will to do. This was demonstrated by the passing of  Not too Young to Run Bill into law which altered erstwhile constitutional age restriction for elective offices on the back of fierce advocacy for reforms.

Perhaps I should quickly add, another thing Nigeria is infamous for is a bad choice of leaders. In twenty years of unbroken democracy in Nigeria, our leaders have consistently shown a pattern of selfishness, blatant impunity, flagrant disregard for the rule of law and detachment from the reality of the common man on the street of Nigeria.

And so long these individuals who see public office as a means to exotic lifestyle remain at the helm of affairs, we cannot have a truly modest cost of governance.

This explains why the federal lawmakers of the poverty capital of the world can without remorse, seek to renovate it’s building for N37 billion; meanwhile, many wallows in poverty in their constituencies.

In conclusion, It takes a servant-leader, a person who sees the public office as an exalted position of trust and service, to shun all form of embezzlement, misappropriation of state’s resources, and put to judicious use public funds. Engagement of such individuals in politics, vying for elective offices and their emergence as public officials will ultimately preserve a culture of sane cost of governance in Nigeria. 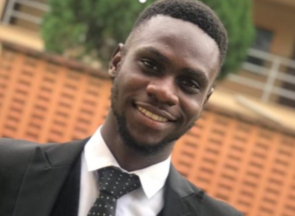 Reducing The Cost Of Governance In Nigeria by Olutayo Inioluwa.

Give Me Good Governance Over Restructuring.