Home Essays Essay Competition A Conscious Commitment To The Important by Matthew Oduola.

It was such a momentous New Year’s Eve. We were all anticipating for the year to bring into reality those numerous good things we have already drafted. Unfortunately, It got us unexpected in another dimension.

I was not at first moved when the news got to me on 30th day of January 2020 on the outbreak of a severe acute respiratory syndrome in the city of Wuhan, China. The disease called coronavirus disease 2019 (COVID-19) caused by a virus SARS-CoV-2 was reported to have recorded its first human cases in December 2019. It was not a joke again when I heard the news of how dreadful the infection was and that it had spread to some leading countries of the world, not alone, but also killed so many lives.

Well, I knew already it would not stop helping to come to my country Nigeria because I could boast of the negligence of my government. And so it did, the first case was recorded on the 27th of February 2020. The case, an Italian man who returned from Italy to Lagos thereby brought COVID-19 along.

The infection caused many companies and institutions to be closed down or practised limitations. All schools were closed down from kindergarten level to tertiary institutions. Our well-drafted plans were interrupted. We would not have expected this. But we are in it already. We can not turn back the hands of time.

We were almost adapting to the new way of life — no social gathering, wearing nose masks in public places, the use of hand sanitisers and the frequent washing of hands. Yet, those could not stop the second wave from approaching.

You know, in any society, the law is an illusory concept that works only when everyone voluntarily agrees to live by it. And if you can find something everyone agrees on, maybe it does not exist. It is quite understandable that humans are very tough when it comes to obeying rules especially those that will restrict them from doing what they love to do. I remember when I visited a public market around June last year, I was baffled with how people were moving headlong with almost no distancing amongst us even with few wearing their nose masks despite the news of the increasing number of people the virus has killed in some countries. Although it did not do as much here. But as humans, we prefer to rather make it worse and profer cure than preventing it. There was a day I heard the news of a Pastor in the United States who disbelieved in observing the control measures against COVID-19 died of it.

Well, the second wave of the COVID-19 pandemic would not mind invading us.

Due to a long time restrictions caused by the infection, communities began to reopen bars, restaurants and stores during the spring and summer season of 2020 to progressively go back to the normal way of life. People were eager to go out and resume their regular activities. But it did us no good as many people failed to follow the safety precautions thereby leading to an increase in the number of cases. As at October 2020, the number of cases in the world was slightly above 490,000 but now, as at yesterday 11th of January 2021 over 9.7 million cases have been recorded with 50.2 million people recovered and 1.94 million deaths. That is a huge increase to say.

At this time we need to learn and understand that our lives are paramount assets and need to be kept by adapting to the stated way of life so that we may not experience again a third wave. Nothing is more important than life. You realise the simplicity of that point only when you confront death every day. If those who died of the virus by violating the precautions were given a second chance, maybe they might choose to fight for what matters more. Anything less than a conscious commitment to the important is an unconscious commitment to the unimportant.

If you may ask me if there is a better cure for the virus, I would say yes. The better solution that we can all partake in its provision is to follow precautions and adhere to instructions. I call it a homegrown solution. If we had long time followed this, we might not need to divert more funds on vaccines to cure it.

While many vaccines have been issued to cure the virus, if we still fail to practise social distancing, wearing of masks, frequent washing of hands and non-involvement in crowded places, the virus may not be totally erased. Think about it, an infected man is given a vaccine and is cured, then he remembers that his birthday is in two weeks time. So, he makes preparations for his birthday party. On the day, an infected person who is his friend and yet to show symptoms attends, he would probably infect some of the people who attend the party with the virus when they make connections. Then they might need to receive vaccines to be cured. And if they still fail to stop involvement in public gatherings they may be infected again. So, there is a continuation. The virus would persist.

At this point, we should realise that if we truly hunger for the total eradication of the virus, we should be consciously committed to the application of this homegrown solution.

Matthew Oduola a student of Industrial Mathematics at the Federal University of Technology, Akure wrote in from matthewoduola@gmail.com 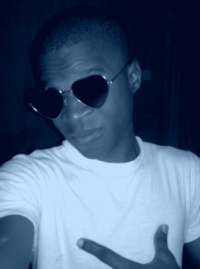