Home Essays A Bird At Hand Is Worth Two In The Bush by Favour...
Post Views: 31

If 2020 managed to etch one thing on the back of our minds, then it has to be the Covid-19 pandemic. For the length of my essay, I would like to take this from the perspective of the African continent.

It was and still, a sad one for the African continent as over 2.7 million Africans have been infected with over 65,000 death cases, But if there is one thing that holds, then it has to be the fact that the current second wave is threatening to even take more lives and to record more cases.

With the second wave in full flow and it poses to be an even severe one with the additional conundrum of a new variant, The African health system seemingly has their work cut out for them.

Despite the bold and heroic efforts of doctors on the continent of Africa, infections have been growing and the capacity of the system to treat them is dwindling. One might want to argue that since the cases in Africa is a little less than 3 million cases, it shouldn’t be blown out of proportion more than it is, but with the developing state of the countries on the continent, it is only logical for one to believe that the figures published do not paint the total picture.

And if this was just a yarn on the logical thread, then it certainly has become even more concrete as it has been corroborated by the WHO Facts and figures. Over the last few weeks, countries such as Egypt and South Africa have recorded a high increase in the number of cases as they account for the few countries in Africa that were initially affected by the new covid-19 variant. Between them, they have had over a million cases and such figures are more than alarming.

With all the facts and figures thrown our way, it further buttresses the fact that if covid is to end, then there has to be a vaccine. As other pandemics in history, vaccines and modes of treatment have come into place that has either eradicated them or stemmed them out considerably; keyword- Considerably.

Early research by doctors from all over the world has brought about the Pfizer vaccine but then it seems to have its pros and cons which seemingly the African continent is finding hard to grapple with. Firstly in terms of its cost…

According to the south African government, they labeled the cost of Pfizer’s vaccines as prohibitive. Pfizer in a subsequent statement has communicated their resolve to supplying vaccines and making them affordable in conjunction with governments from across the continent of Africa.

“We have allocated doses for supply to low- and lower-middle-income countries at a not-for-profit price and we are actively working with governments all around the world,” the emailed statement said.

Since there was so much excitement when it was announced last year by Pfizer,  that after their interim analysis had been carried out, it shows that the vaccine candidate is 90% effective in protecting people from Covid-19, I guess that excitement has been stemmed down when they realized the constraints that come with the importation and other modalities that come with it.

This then brings us down to the sacrosanct topic of developing a homegrown solution, one that will be proven and tested to ensure that covid is a thing of the past sooner rather than later but how willing are our government to invest in research and then, production of the vaccines here in Nigeria and the continent of ca.

Though over 24 million covid-19 vaccines have been administered over the world, Africans are always skeptical as to how they will fare when administered and that notion was further strengthened last year when two French doctors namely Jean-Paul Mira and Camille Locht made racial remarks about Africa being somewhat of a testing ground for vaccines

In his exact words, Jean-Paul Mira, head of intensive care at Cochin hospital in Paris, said: “If I can be provocative, shouldn’t we be doing this study in Africa, where there are no masks, no treatments, no resuscitation?”

“A bit like as it is done elsewhere for some studies on Aids. In prostitutes, we try things because we know that they are highly exposed and that they do not protect themselves.”

Dr. Mira had earlier questioned whether the study would work as planned on healthcare workers in Europe and Australia because they had access to personal protective equipment to prevent them from catching the virus.

Even though these remarks were swiftly met with apologies all in the act of saving face, it doesn’t help to dispel the strong notion that most Africans have that vaccines brought here could do more harm than good.

After all, there was a significant jolt of excitement when capsules containing extracts of a local Malagasy plant artemisia with proven anti-malarial properties and other indigenous herbs such as ravintsara inspired by a national herbal infusionnn  was believed to be effective in curing and treating coronavirus infections during the first Covid-19 pandemic.

Although the initial wave of expectancy has dwindled out due to some improper handling of the vaccine by the Malagasy government, it still stands as a ray of hope that indeed homegrown solutions can offer a way out of the pandemic.

After all is said and done, we would agree with the cliche that says that a bird at hand is worth two in the bush. With cases skyrocketing, one luxury we don’t have is time as with every second, Lives are at risk. A homegrown solution will be a stitch that will save even more than nine…

Amoye Favour is A Poet and also a copywriter. He is A Student of Obafemi Awolowo University. His poetry has been published in literary magazines including Literatus issue amongst many others. He wrote in via amoyefavourtoluwalase@gmail.com 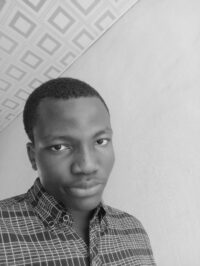 On This Day: The First COVID-19 Case Was Confirmed In Nigeria.