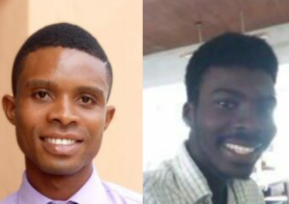 We have our winners for week 16.

Like we earlier published, we have now increased the weekly prize money to N20,000 for the top two essays. So Moving Ahead: Post Coronavirus Pandemic by Oyinola Abosede and An Ideal Vacation I Never Had by Humble Ogbonna will have these two writers smiling to the bank with N10,000 each.

As usual Oyinola’s essay excelled in structure and content. He took the reader through the stages of the pandemic and analysed its impact on an economy struggling out of a recession. Howver his concluding suggestions can be more specific. Congrats Oyinola.
Humble Ogbonna once again impressed with his flowing style. The young man is developing into an irresistable creative writer. Nneka Aniagoh described his artistry thus: “I could almost imagine myself in the character Humble Ogbonna described in “An Ideal Vacation I Never Had”. Creative writing brings characters to life, with full emotions too, and Humble did a good job here. Despite the anticlimax at the end of the story, you can’t help but love the characters and the way the story was narrated. I’m also a sucker for good diction and this story did it for me”. Congrats Humble.
Feedback: Worthy of immediate mention is the essay Securing Pandemic-Free Years In The Future by Oluremi Daniel. The new entrant did a job so good that a Judge, Uchenna Nnoli was “heart broken” that he didn’t nick it and as such awarded him N5,000 as encouragement. Well done Daniel, like Shakespeare wrote in The Merchant of Venice, you have come to judgement.

Peace Habila recieved accolades from both Judges. “In Flawed, she took the reader into the story and the heart of the characters, with vivid pictures and captivating storyline. When you read the story, you can see and feel what the characters feel, with attention to every detail. Good diction too”. ~ Nneka Aniagoh

While in “Five reasons for a dearth in the usual new year prophesies and resolutions” Bolaji Alade, “employed humour to deliver a serious message and I found myself chuckling a few times while reading the essay. You’d wonder if Bolaji is just being funny, but at the same time, you’d believe there’s actually some point in what he’s saying. He combined creative writing with a bit of real life scenarios and research”. ~ Nneka Aniagoh

Above all Uchenna noted that “this has been the most competitive submissions since I have been part of the reviews. Humble Ogbonna, Johnson Onyedikachi and Emmanuel Oluka made decision making in this review quite hectic. It is now clear that the authentic wordsmiths now have their attention hooked on this series”.

Other essays were equally good essays and we had a total of 14 entries. One writer was told to resubmit according to the instructions, he never did so we published 13 essays.

Please note that our topics are usually categorised in the following order.

This is to cover fiction and non-fiction so that writers will have the option of writing to their strength in their favourite genre. I have noticed that some writers mix up the topics and write in their own style. Well, that takes some versatility but you have to be very good to come tops. It is better to choose a topic in the genre you think you are good at.

More importantly, you should endeavour to edit your work at least twice before submission. Poor diction is a turn off even if your content and structure are perfect. Any Judge will likely toss your work once it is dotted with red lines.

Thanks to everyone who has contributed to this journey. We will be publishing the new topics next.