Traditional culture to our forefathers was treated like gold – a possession so highly treasured it was diligently protected, as the ribcage protects the lungs, against loss and undesirable admixture with alien entities from foreign cultures. And, because culture, whether traditional or western, has a major influence on people’s beliefs, values, and deeds, it is no surprise that men of past ages price their culture quite high among their possessions. The uniqueness of traditional cultures lies in the fact that they were restricted to particular groups of people, unlike the western popular culture – defined as the totality of attitudes, ideas, images, perspectives and other occurrences within the mainstream, according to McGaha in an article titled Popular Culture and Globalization – which is, in accordance to its nomenclature, popular. However, while it was indeed noble of our forefathers to have protected what literally defined them, the fact they mostly met cultural influx from spheres outside theirs with indifference meant the characteristics that separated them from their foreign contemporaries outnumbered those that united them. But such is not the case in contemporary times, reason being the inflow, popularity, and almost universal acceptability of the prevailing western popular culture among young people.

It is easily deducible from the foregoing that one of the most significant influence of the western pop culture, propagated and significantly enabled by the internet, mass media, and other activities the youth invest their time in, on Nigerian youths is that the pop culture has become a unifying rope tying culturally diverse young people across the globe together. Western pop culture gives most Nigerian youths a sense of belonging – a reassurance they are not alienated from the rest of the world, which is no doubt a cornerstone behind its wide acceptance. This establishes the fact that the effects of western pop culture are not in their entirety negative as some would have many believe. Besides, the positive influence of western pop culture on Nigerian culture is not restricted to its unifying trait alone.

Having said all that, it is expedient to balance the argument by highlighting some of the negative influences of western pop culture on Nigerian youths. Top among them is the skyrocketing promiscuity and vices perpetrated by young people in Nigeria. These vices greatly constrain their capacity to contribute meaningfully to societal advancement. Vices such as alcohol and substance abuse, cigarette smoking, kidnapping, and whatnot, are on the rise because they are promoted by the popular culture. In addition, the use of nasty language is another influence of popular culture on youth. One needs no special intellect to discern this is a negative influence. It is that influence that reinforces the belief that western pop culture fosters disrespect, and sadly, it is hard to argue otherwise.

Furthermore, the erosion of the golden virtues of modesty and contentment are also unassailably negative influences of the popular culture that is thriving among Nigerian youths. The dressing mode of youths has been significantly affected by the popular culture. Comfortably do young guys and girls robe themselves in clothing unbefitting of a child groomed in a good home. It hurts to say, but, indeed, moral values are being lost and moral decadence is thriving because western pop culture prevails among young people.

In conclusion, it is unassailable that there is a gradual erosion of ancient cultural practices and beliefs – especially among the youths. Many a young people are so much influenced that they now pattern their lives after an imported way of life – the western pop culture. The internet, digital literacy, and the susceptibility of young people to changes have in no small way facilitated this. Little wonder many youths know close to nothing about the traditions valued more than material possessions by their predecessor. For some of them, traditional culture is obsolete and is viewed as disdainful practices that regress civilization. Yet they have not been spared of negative influences from the newly embraced pop culture and, sadly it can only get worse if these are not quickly tamed. The most important conclusion is that the effects of western pop culture on Nigerian youths is like a coin, double-sided – positive or negative. The youths decide which side gains the most expression.

Akinlaja Felix is an unapologetic lover of writing. He wrote in from felixakinlaja@gmail.com 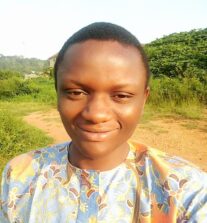 In Defence of Japa.